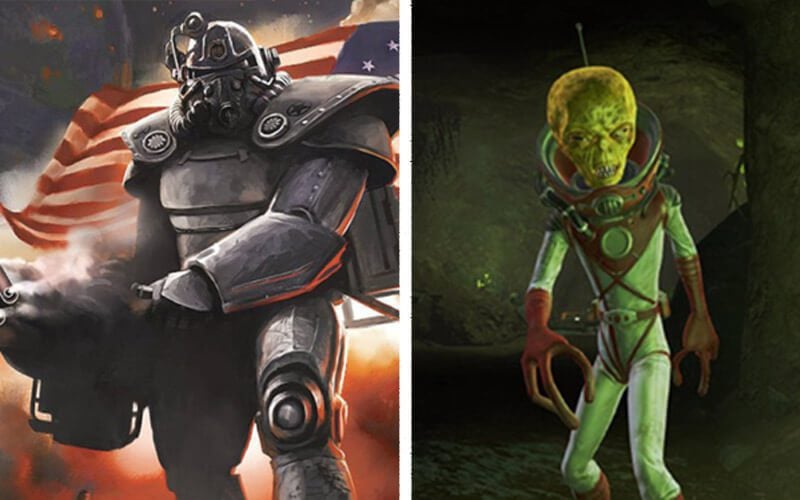 Fallout 4 is littered with things that could point to potential DLC. It goes deeper than what the average gamer sees. Some of the things on this list are downright hidden in places Bethesda, possibly, thought we’d never look. But alas, this is a Fallout game, and with that, gamers have spent hundreds and hundreds of hours, searching for clues that could give them any early taste of DLC.

Of course, everything here is speculative. Bethesda is quite possibly the best gaming company at keeping secrets, so trust us when we say that they didn’t let anything slip that wasn’t intended. Hopefully some of these pan out, as they’re actually quite good ideas.

Starting off with a pretty strong theory, and possibly the most plausible of them all, is Bethesda’s weird and downright blatant addition of stuff underwater, that has no real use (yet?). There’s a building, doors, a weird sphere (pictured), and a ton of stuff that has no purpose (YET?).

Another supporting factor is that about one-third of the entire map is underwater. That’s a lot of unused area that we feel, and many others, that Bethesda is saving for a big underwater DLC. Oh, and there was a harpoon gun cut from the game, that’s still in the files. Weird, huh? 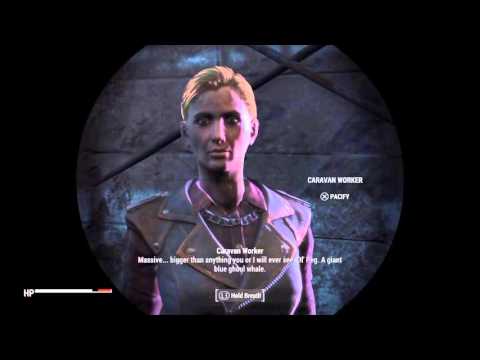 Bethesda, I think I speak for all of the gaming community when I say – please, please make this a DLC. A Bunker Hill caravan worker will tell you a tall tale of a blue whale named Ol’ Peg, who’s been ghoulified (it’s a word) by radiation. She’ll tell NPCs the story, but sometimes, if you’re lucky, you too can get an earful. She says: “The ghoul whale is real. Ol’ Peg. Right outside the harbor. Dark and ominous things swim in the deep.”

Another piece of cut content from Fallout 4 was a quest in which you fought a “sea monster”. I know what you’re thinking, the quest where you take back The Castle, because the Mirelurk Queen was described as a “sea monster”. But no, this one is a different quest, in which we believe the harpoon gun was tied to. Perhaps it wasn’t cut, but instead an idea saved for later?

Here’s a pretty strong theory in our opinion. The Glowing Sea is easily Fallout’s most atmospheric location ever. I mean, it’s literally ground zero of a nuclear bomb, doesn’t get more Fallout-y than that. That said, it feels as though this area of the map wasn’t taken full advantage of by Bethesda. There’s not many locations for its size, and the locations that are there are pretty lame.

Now, I enjoyed exploring The Glowing Sea the first time through as much as anyone, but to do it a second time would almost feel like a grind. I really, really hope Bethesda fleshes this area out more through DLC, in order to give it the proper replay-ability it deserves.

Ah yes, it wouldn’t be a conspiracy list without mentioning our favorite sphere in the sky. Pay close attention to the Museum of Freedom at the start of the game, and you’ll notice a mural to the men and women that died at the Sea of Tranquility. Sound familiar? The site of the real-life moon landing, of course!

Another supporting factor is ArcJet systems. You visit this location with Paladan Danse, and it’s got tons of terminals mentioning boosters built for space travel. Need more? How about the fact that Bethesda has taken you to space once already in Fallout 3’s Mothership Zeta DLC. Speaking of Danse, being that he’s Fallout’s version of Buzz Lightyear, maybe he’ll get to join you.

Fallout 4 offers multiple factions to side with. The Institute, Brotherhood of Steel, The Minutemen, and The Railroad. There’s also a few factions that aren’t really fleshed out, but one really sticks in our mind for some reason – The Gunners.

These guys are basically mercenaries, which we’ve come to accept in the post-apocalyptic universe. It just seems like there’s more to them than we see. You get the sense, while playing, that you’d really like to talk to them at some point, and maybe even join up with them. Hopefully Bethesda will give us a DLC centered around them, we’d really like to know more about The Gunners.

How many times, while playing Fallout 4, did you come across something and just think “That’s it? There’s nothing more to it?”. Unfortunately, this thought crossed my mind a lot, and I feel there’s so many smaller things that can be expanded on through DLC. For example, The Memory Den. Such an interesting and useful area, yet it’s only used one time.

More things include the Raider fight arena, The Combat Zone, of course, as we mentioned before, The Glowing Sea. Let’s also not forget all of the pre-war things Bethesda has coded into the game that were only used in the intro.

How about the cut Brotherhood of Steel ending? PC players have uncovered, in the files, an ending in which you become the leader of the Brotherhood. All of this and more can be more fleshed out and included in DLC. We can only hope.