A new video released for the upcoming Middle-earth: Shadow of Mordor, shows everything you will need to know about the game. The video takes a look a wide range of aspects within the game, this will include characters, creatures, weapons and more.

The upcoming Middle-earth: Shadow of Mordor is an upcoming video game that will be taking place between the events of The Hobbit and The Lord of the Rings. Players will take control of Talion who was struck down but is revived with new abilities.

Talion will now head off and gain his revenge from Sauron’s armies. With new abilities at his disposal, players will have several ways to take out enemies and craft their gameplay uniquely. Monolith, developers of Middle-earth: Shadow of Mordor, has stated that they have worked with Peter Jackson in order to bring a setting as close as possible to the featured films.

Middle-earth: Shadow of Mordor will be releasing starting on September 30, 2014 for the PlayStation 4, PlayStation 3, Xbox One, Xbox 360 and PC. 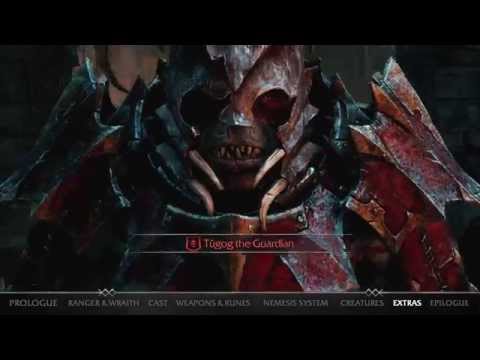