Fans of the action platformers are in for a treat with the upcoming newly announced title, Mercenary Kings. The game was just announced and confirmed on the PlayStation Blog and if you’re a fan of the Metal Slug series then you’re going to fit right in with Mercenary Kings.

Background of the story consists of two members which are playable by you or your friends in co-op mode. Empress and King, must travel to Mandragora Island where their mission is to rescue Dr. James Neil. Currently, the doctor is held captive by C.L.A.W. (Cyber Loyalist Active Weapons) where the members of the group are looking for Dr. James Neil to prepare the Mandrake Formula, a deadly weapon that can be used to conquer the globe.

Sounds like a plot for an 80’s action movie and I’m personally all for that. What makes Mercenary Kings stand out from let’s say Metal Slug, is the custom weapons at your disposal. According to the developers, Tribute Games, there are over 300+ gun parts and over 100 knives at your disposal. If all of these gun parts will intertwine with each other is still unknown. You can catch the trailer for Mercenary Kings down below and can expect the game to launch on April 1st in North America with Europe receiving the game on April 2nd. 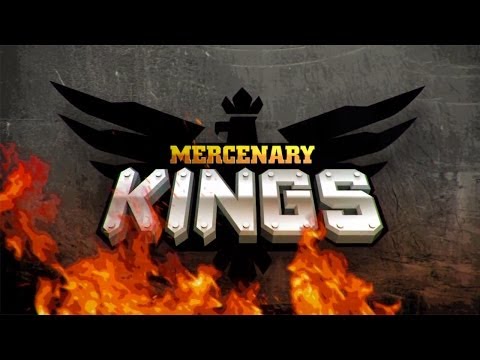