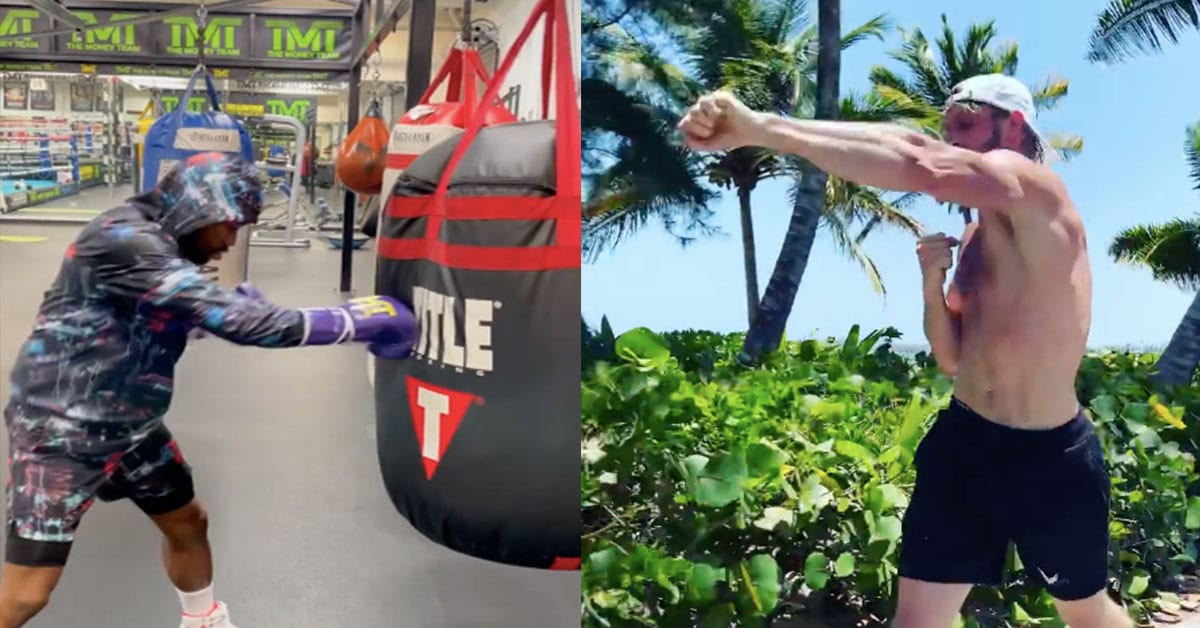 The boxing match between Floyd Mayweather and Logan Paul has officially been rescheduled to take place on June 6th, 2021. Here’s everything you need to know about what could be one of the biggest fights of the year.

June 6th will see YouTuber Logan Paul face off against professional boxer Floyd Mayweather in a one-off fight. It will take place at the Hard Rock Stadium in Miami, Florida.

Mayweather is a seasoned fighter with 50 wins to his name and not a single loss. His opponent, Paul, has only ever competed against YouTuber and music artist KSI. That fight took place in 2019 where KSI took the win via a split decision.

The match was initially meant to take place in February earlier this year but was postponed due to an apparent “lack of interest” [via talkSPORT].

Rumours of the Mayweather v Paul undercard are starting to slip through the cracks.

It’s understood that Jean Pascal will face off against Badou Jack in a fight for the WBA regular light-heavyweight belt [via talkSPORT].

The two first fought each other in 2019 when Pascal took a narrow victory over his opponent. Several fans still dispute the split decision win, so the scheduled rematch should set the record straight.

Super-welterweight champion Jarrett Hurd is also rumoured to face off against Luis Arias in the same undercard. The two are yet to fight each other for the first time.

The third and final listing on the undercard is yet to be confirmed, though it’s likely we’ll find out soon enough with the fight just over a month away.

How can you watch the fight?

The fight is a pay-per-view event organised by Mayweather Productions, Showtime, and Fanmio. Fanmio is charging $49.99 for a ticket which will also net you a t-shirt to mark the occasion.

Highlights of the fight will be broadcast on Showtime and available online after the match takes place.

Who do you think will take the victory in this bizarre match-up? Let us know across our social channels.