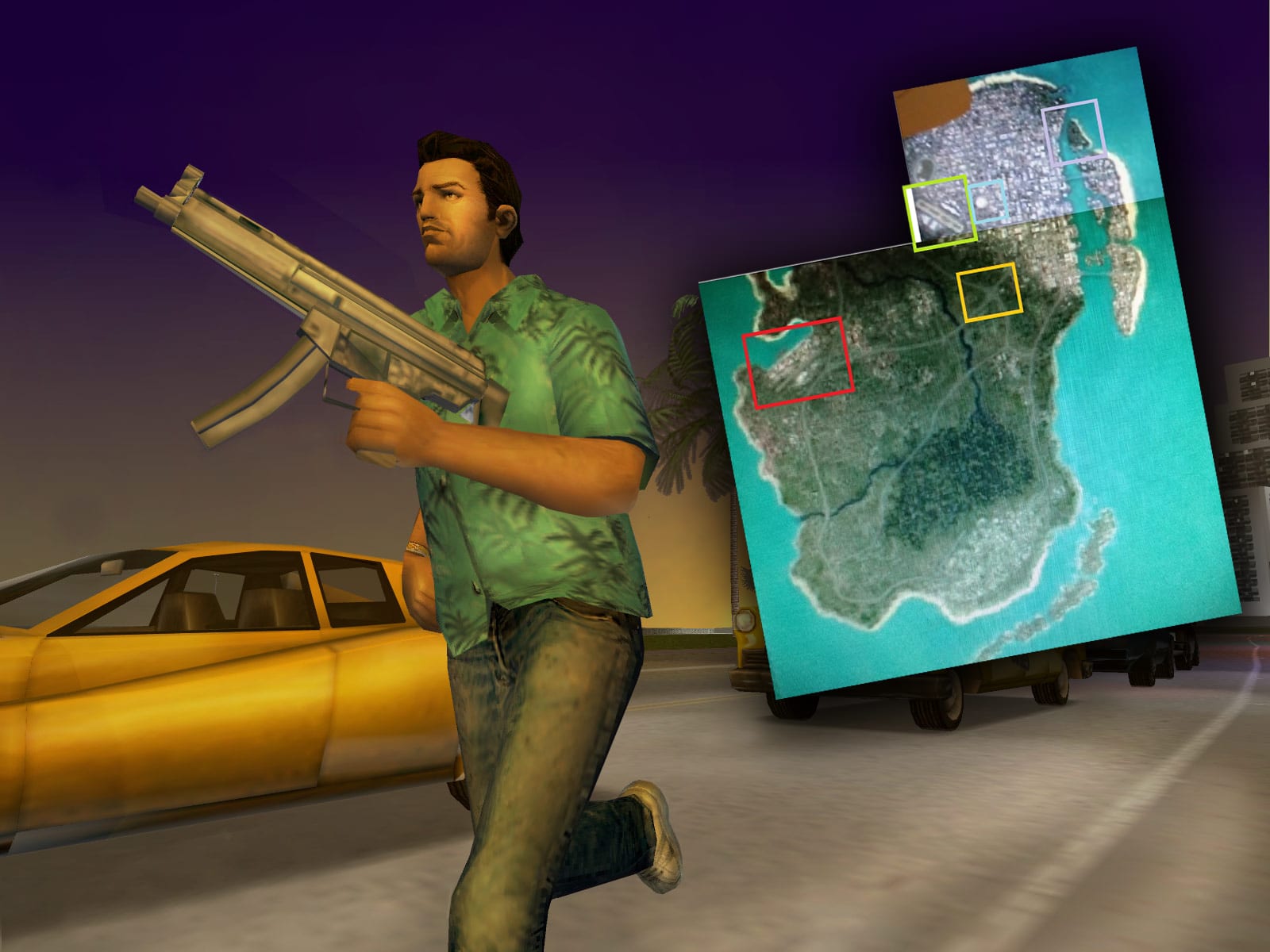 Grand Theft Auto fans, rejoice! A recent leak suggests that GTA 6 will be set in a revamped Vice City.

Recently, a leaked aerial view of the supposed GTA 6 map leaked onto the imageboard 4chan. While the anonymous source is questionable, it’s not the first time that a Rockstar game map has leaked well before the official release. In 2016, the entire Red Dead Redemption 2 map leaked onto a NeoGAF forum.

Whoever posted the image has attempted to compare it with GTA V’s Los Santos to gauge how large it will be. From initial impressions, it looks as though it will be fairly similar in size to 2013’s impressive landmass.

The plot of GTA: Vice City was set in 1986 with a locale heavily inspired by Miami. The neon visuals and era-appropriate radio stations made for one of the more popular Grand Theft Auto games.

A return to the area would certainly make for a welcome change after spending nearly eight years roaming Los Santos in GTA Online.

Could we see multiple areas in GTA 6?

As some commenters on Reddit pointed out, the size of the leaked Vice City map is rather tame in comparison to Rockstar’s more recent work on Red Dead Redemption 2. For that reason, some keen internet sleuths reckon that GTA 6 will have more than meets the eye.

One point’s towards a recent review of Rockstar Games on the employee rating site, Glassdoor. The review doesn’t paint Rockstar in a good light, claiming that they were forced to work ridiculously long hours and that the workplace was rife with bullies.

What’s interesting is a section towards the end of the review titled “Advice to Management”. Seemingly innocuous at first, the section makes a few suggestions as to how the management of Rockstar Games could improve the livelihoods of its employees.

However, if you take the first letter of each line, it spells out “GTA 6 LS VC LC”. Those letters likely refer to ‘Los Santos’, ‘Vice City’, and ‘Liberty City’. They’re all cities that the Grand Theft Auto series have taken place in before.

It’s suggested that this leaked Vice City map won’t be the only landmass available to explore in GTA 6. Instead, we might be able to visit a bunch of different locales dotted around this fictional version of America.

Take it all with a pinch of salt

All of this is to be taken with a huge grain of salt. It’s impossible to verify whether the person who wrote the Glassdoor review actually works at Rockstar Games. The original leaked map image also comes from a dubious source.

Still, it’s nice to dream of what could be. Hopefully, we’ll hear an official announcement soon about the anticipated new Grand Theft Auto instalment.