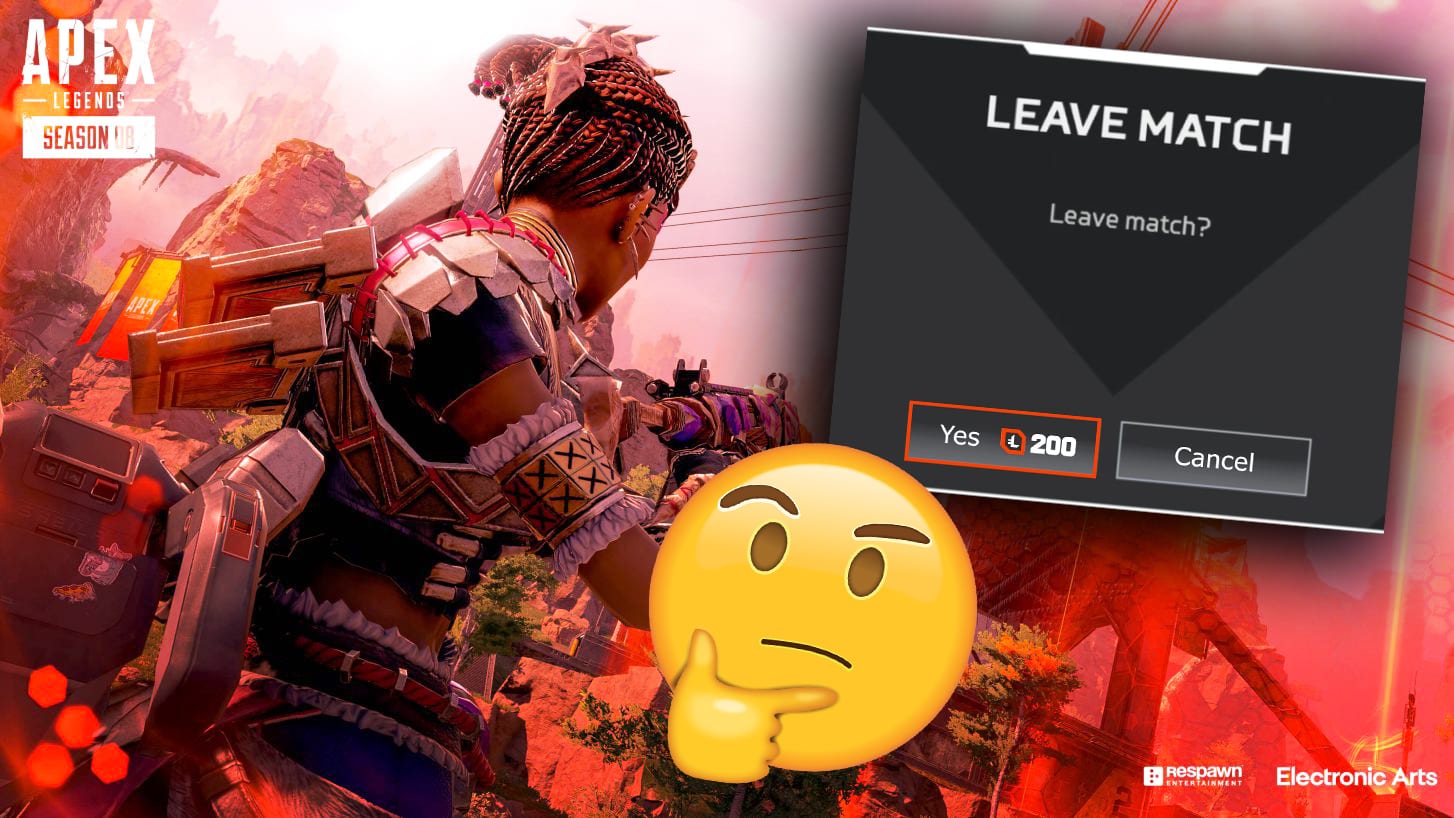 An Apex Legends player has suggested that gamers who leave Arenas matches should be fined.

Apex Arenas has been out for a few weeks now and players are starting to get to grips with its 3v3 economy based mechanics.

Unfortunately, the game mode isn’t without its flaws. Players are finding that some impatient losers will often leave matches prematurely if they don’t feel they can win.

One player has thought of a way to help combat this issue. They have created a concept in which players must pay 200 of the Legend Token currency if they wish to leave a match early.

The Legend Token currency can be earned in-game by levelling up the Battle Pass. It’s used to unlock new Legends, which are quite pricey at 12,000 each. The currency can be purchased with real money, should a player desire.

A developer from Respawn Entertainment has responded to the post, though it doesn’t look as if the team will implement the feature. Emre Ruhi, a data science analyst at Respawn, replied “the rare ‘pay to lose’ strat”.

This isn’t the first time that a Respawn developer has commented on the suggestions of a player. Last week, lead game designer David Klein explained why the team are making new Arenas maps from scratch.

Would this actually work?

While the suggestion of paying money to leave matches is humorous, it’s unlikely to be effective. For starters, Respawn can’t force players to pay money to close the game. What happens if the leaver simply closes the Apex Legends application? Are they going to send the bailiffs round? I doubt it.

A more reasonable approach is to implement a cooldown punishment timer. Competitive games like CS:GO and Valorant prevent players who abandon matches from hitting play if they quit early.

An even more drastic measure is to scale these timeouts up from a few minutes to a few days. That should help curb serial offenders without demanding monetary compensation.

Early leavers are frustrating for everyone, but like hackers, they’ll be around as long as online gaming is. Do you have a suggestion for how to punish early leavers in Apex Arenas? Let us know across our social channels.