Killzone: Shadow Fall takes place 30 years after the original trilogy. The war against the Helghast is over and now as the losers have been thrown together with the Vektans by circumstance. They have to live side-by-side in a futuristic city divided by a vast wall.

As we will see, things aren’t equal between the two peoples. So the Space Nazi Germany have been transformed into Space East Berlin? Okay, I’ll run with it.

Killzone: Shadow Fall is a PlayStation 4 launch exclusive and comes out alongside the console on November 15th in North America and November 29th in Europe. 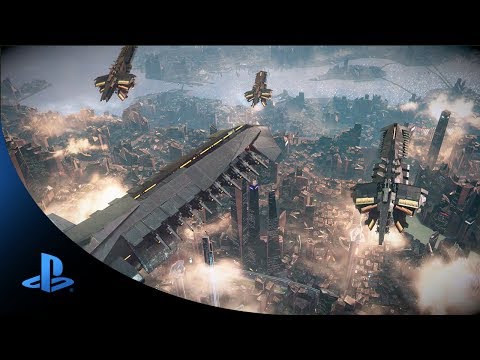