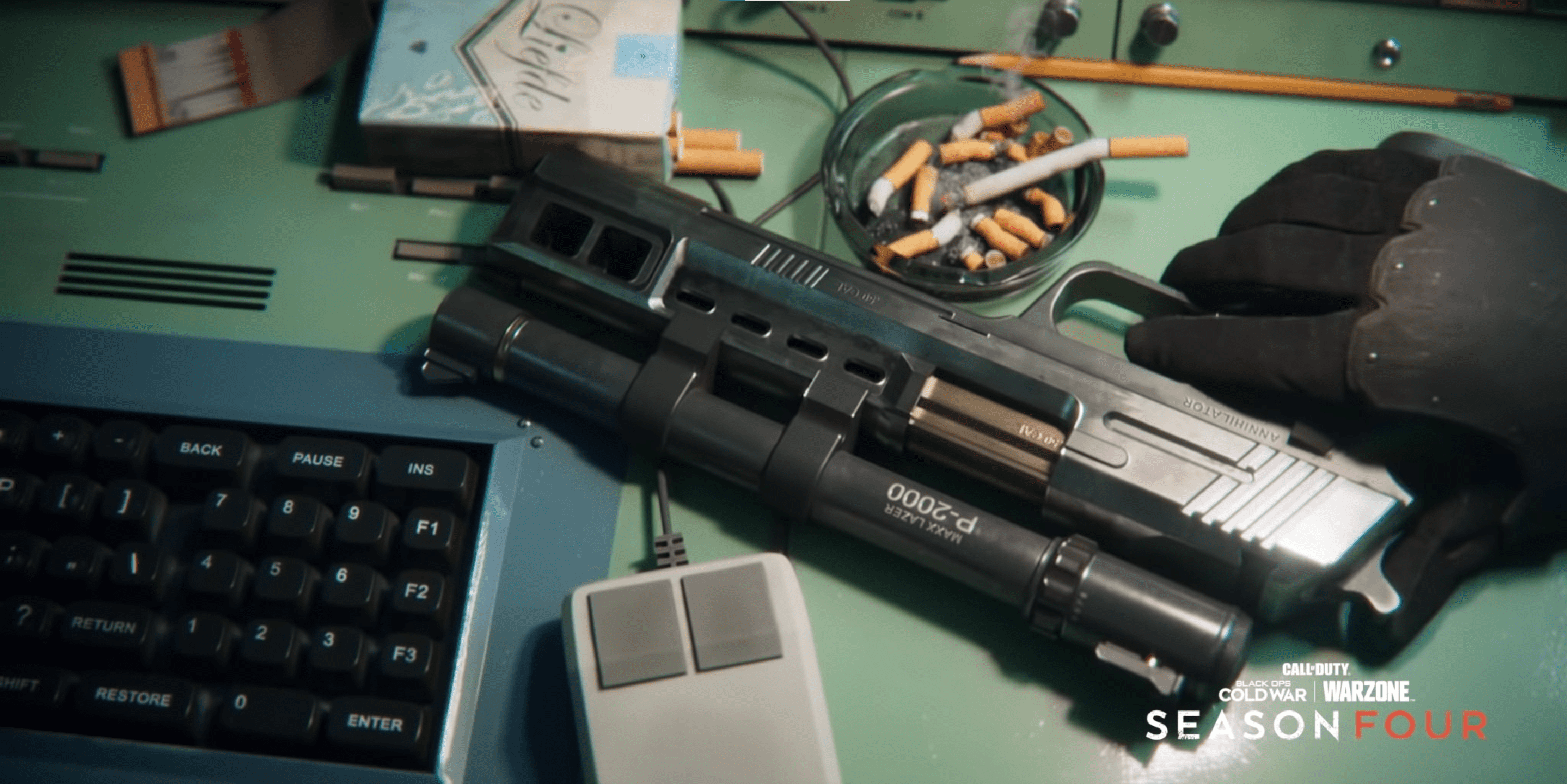 Three months on from that gargantuan update, Warzone Season 4 is right around the corner. While it won’t bring quite as much noise as an entire new Warzone map, there does seem to be a lot on the way for fans.

It seems like Call of Duty’s third season has gone on forever. The Verdansk ‘84 Warzone split this season up giving players an immense amount of new content to play with. Season 3 is about to end on 17th June with Season 4 taking over.

Here’s everything that we spotted during the Warzone Season 4 trailer.

The sky is falling!

The big theme this time around seems to be that satellites are being hijacked and falling to the ground. One seems to have crash-landed among one of the new maps, similarly to the one found on the titular map, Satellite.

They also appear to have fallen around the Verdansk ‘84 map. It’s likely that these will tie into some sort of quest event in a similar fashion to the ‘Hunt for Adler’ questline. The craters should serve to change up the Warzone landscape slightly, providing new points of interest to explore and potentially offering up new loot.

Warzone’s Gulag is also getting a fresh coat of paint, and a familiar one at that. The central area from the classic Black Ops 2 ‘Hijacked’ map returns as the arena for the 1v1 fights. It looks a little different, constructed completely out of plywood to create a scuffed version of the map, but the layout is easily recognisable. COD veterans will find themselves right at home.

Speaking of maps, there’s a bunch coming to Black Ops Cold War in Season 4. First up is Collateral, playable on 6v6 and 12v12 modes. This is the one that seems to feature another crashed satellite. Dust and sand surround the built-up area, which looks like some sort of research facility.

There’s also Amsterdam which is set atop the rooftops of the iconic Danish city. Amsterdam is only playable in 2v2 modes, so it’s much smaller in scale compared to the other ones arriving in this update.

We’ve already discussed the third map arriving in Cold War because it’s the fully formed version of Hijacked. The luxury vessel returns to host 6v6 fights atop the glistening waves. Treyarch seems to have learned its lesson from Nuketown as it doesn’t seem that Ground War is playable on this classic locale. It’s probably for the best as it’s certainly one of the more claustrophobic COD maps.

Also, I’m not saying that I predicted this, but I did totally say that I’d love to see Hijacked come to Cold War just a couple of weeks ago…

The new weapons arriving in Season 4 of Warzone aren’t listed anywhere officially, but we do catch a glimpse of them throughout the trailer.

I’m almost certain that the weapon seen multiple times in the trailer is a Desert Eagle. It can be seen once when the new Operator slams his weapon down on the table, and again as a player shoots down a Helicopter with one on Hijacked. I’m not sure if the Desert Eagle will be powerful enough to take down a scorestreak like that, but hats off to the soldier for trying.

Another weapon can be spotted in the Amsterdam segment of the trailer. As the soldier exits the building, they can be seen slamming a magazine into the colourful weapon. I can’t make out the exact model of weapon – in all honesty, I think it looks like a suped-up staple gun. It’s almost certainly either a new handgun or a new SMG. Either way, I’m excited to learn just how it functions.

It wouldn’t be a new season update without more Zombies content. This time around, it looks as though we’re getting yet another map added to the Outbreak mode. A tall, zombified demon can be seen strutting menacingly towards some sort of complex. There’s also a zombie dragon?! Now I’ve seen everything…

The very end of the trailer shows a tease for what appears to be a Berlin-themed classic Zombies map. A subway car careers down the line, mowing down a bunch of zombies in its path.

We’ll learn much more about what exactly Warzone Season 4 will include when it launches on 17th June. Are you excited by what you’ve seen so far? Let us know across our social channels.