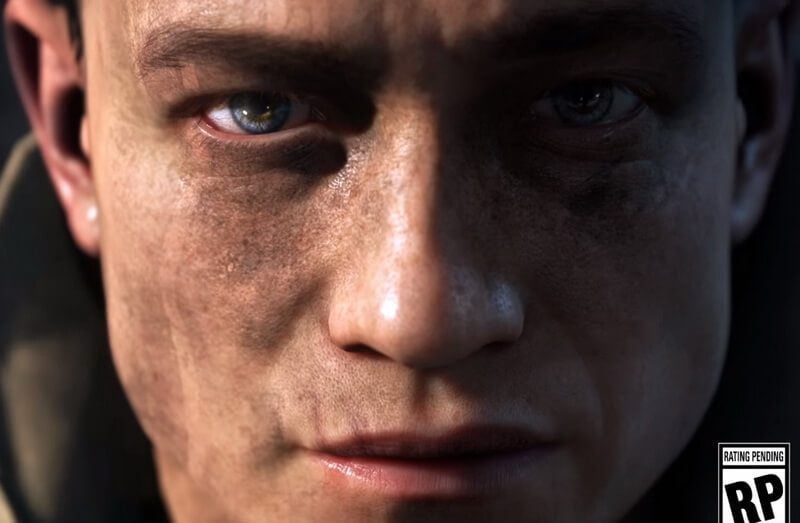 DICE just released a teaser for the upcoming Battlefield worldwide reveal tomorrow. The short teaser focuses on a soldier. You can check it out below.

Pretty cool right? Definitely. In case you didn’t notice, this video tells us an awful lot about the upcoming sequel; read on to see what you may have missed. Hint: it’s exciting.

He’s clearly wearing some form of trench coat; and if not, it doesn’t exactly look like your typical modern day infantry attire. He’s definitely in some kind of battle, and he’s also looks to be an infantryman; the only thing that isn’t certain is whether he’s an infantryman of the WWI variety, or the WWII variety – both are plausible.

If you needed even further proof that this is set in either of the World War settings, then this is it. If you pay attention to his hair, you can easily make out he’s sporting a face-cut – an extremely common cut back in the World War I/II days. Perhaps more so in British infantryman than anywhere else – this would go well with the rumors that you’ll be fending off Russian infantry in locations around Europe.

He’s supposedly looking up, as far as we can tell; and something is slowly (ish) casting a shadow across his face. You can also notice some embers flying across the screen as whatever’s casting the shadow gets closer; an educated guess would be something along the lines of a flamethrower tank, with him being either extremely close to it, or underneath it in a trench.

Or maybe he’s looking up at a massive spaceship, clouding out the sun. He seems to be opening his mouth, as if in shock or fear, suggesting whatever it is, it’s pretty close – furthermore ‘evidence’ that it’s some sort of tank, and he’s about to be very dead unless he’s in a trench – which the dust and grime all over his face *may* suggest.

What does it mean?

Essentially, it means that Battlefield 5 is almost definitely going to be set in either World War I or World War II. The face-cut, the trench coat – the fact that all signs point to him being in some kind of epic face-off (or not) with a tank., all suggests the same.

Either way, we’ll know for sure tomorrow; but if this game is in World War I or II as we predict, then we can be sure that for DICE, this will be a very profitable venture. Fans have been begging for a return to the days of old; has it all finally paid off?