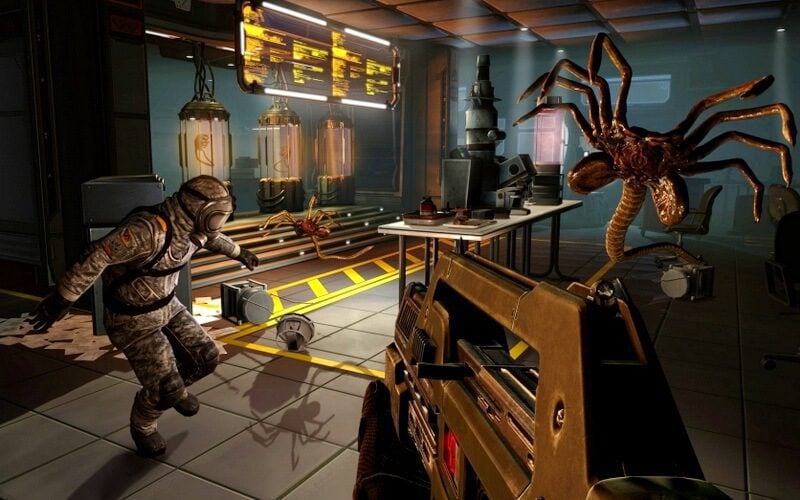 Videogames has entertained us for decades. It’s a gateway to another world that allows us to forget all about stress and real life problems. As the years have passed, videogames have also evolved into a medium that connects you deeply with the characters you play in the games.

From amazing storytelling to immersive gameworlds, games today has them all and can take you along for a journey that no other entertainment medium to provide. There are so many great games that we can name who has achieved to do this.

However, not every game could manage to do this and today we look 15 of the worst possible games ever made that give the medium and games a bad name. If you’ve played all of the mentioned games below, it’s safe to say you know what hell looks like.

E.T. the Extra-Terrestrial is regarded as one of the worst video games ever made. The game which released during the 1982 holidays was based on Steven Spielberg’s well received movie of the same name. Atari had high expectations from this game and they expected to sell at least 5 million copies. The game however sold a disappointing number of only 1.5 million copies. Many buyers even returned the cartridges of the game back to Atari as they didn’t like the game.

Although the movie received positive reviews and accolades, the game was bombarded with negative reviews. The game was also given the title of ‘Worst game of all times’ by PC Gamer, FHM magazine and Electronic Gaming Monthly.  E.T. the Extra-Terrestrial even featured in “Top Ten Worst Movie Games” list by GameTrailers. It was ranked at the second position in the list after Charlie’s Angel.

Another name which comes into mind when we discuss about worst videogames is Shaq Fu. The 2D game which was released on October 1994, featured basketball superstar Shaquille O’Neal as the playable character. Upon its release, Shaq Fu received mixed reactions from the critics. Although the gameplay, graphics and animation of the game were praised, the controls, cast and the story were criticized.

Even Shaquille O’Neal’s presence in the game didn’t please many as they said that it is irrelevant for a basketball player to feature in a Kung-fu game. The players also complained about the game’s low difficulty and small character sprites. Shaq Fu is one of the games which is for some reason hated by the gamers and critics alike. There is also website which calls out for the destruction of every copy of the game called “Shaqfu.com”.

Superman: The New Adventures was released in 1999 based on the famous DC comic series. The game released was exclusively for Nintendo 64 and is also referred to as Superman 64. Superman: The New Adventures was developed and published by Titus Softwares. The game is famous for all wrong reasons as it is known as one of the worst games of all times.

The game received extensively negative comments upon its release and was criticized for numerous reasons. Critics stated that game had poor controls and had repetitive, confusing and unnecessary objectives. The players of the game had no room for error as the time limit of the game was very short. The graphics of the game was also unimpressive and it had uncountable number of glitches. Popular gaming magazine and websites like IGN, GameSpot, Game Revolution etc. criticized the game badly and termed it as one of the worst video games.