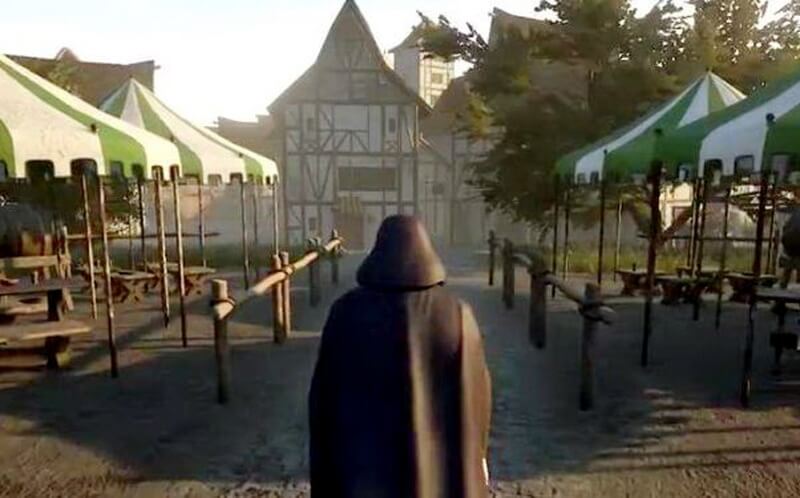 How much control do players want when it comes to their character’s lives? Sure, we can alter appearances, choose names, and even make decisions that alter reputations. But what if you could play as a character until his last dying breath leaves his body due to old age?

There is an MMO in development that has completed funding on Kickstarter named Chronicles of Elyria. This game is so unique in comparison to traditional MMOs because it allows each player to have a unique story and experience that is tailored to their decisions.

Sure, games such as Fable have allowed players to make decisions that affected how good or evil they were, but Chronicles of Elyria takes decision making to a whole different level of personalization and player engagement.

So many factors contribute to a player’s experience in this game, such as restricted amounts of resources, a fluctuating economy, and non-repeatable quests. Even the environment is affected, unlike typical worlds that players are used to which respawn items within minutes.

There’s also one unique feature that’s bound to generate a lot of noise among the gaming community that the game contains.

Everything is destructible. Everything is immersive. If you pick up an item to move it, it will remain there until you pick it back up or someone else moves it. There are no fast travel options. If you want to get to a specific location, you will have to make your way there the old fashioned way. If it’s too far for a day trip, you can set up camp overnight.

Each time you log in there is a dynamic world waiting for you. Local, regional, and national conflicts are continuously unfolding, giving birth to repeated opportunities for you to change the course of history.

There are so many specific details involved with this game that players would not normally consider when adventuring. Typically, each player has the same quest line that leads them to become a hero. Chronicles of Elyria has no level cap, so there is no “maxing out” your character.

The quest lines different for each person since every decision they make affects the story. Not all players will end up being a hero, king, or warrior.

With limited inventory, hunger and thirst, drowning and fatigue, and dangerous landscapes containing both sweltering heat and frigid cold, a character must be truly heroic to become a hero. The riches are real and adventurers can become the wealthiest and most powerful in the world – if they can survive the harsh environments.

A game this unique is very exciting, because as gamers, we are all accustomed to playing the same story lines as our friends with minimal differences. This game, however, allows everyone to embrace variety and freedom of choice to the fullest extent.

The developers have released a fresh new trailer for the game which really looks promising and although the game made some really high promises, the trailer suggests it might end up delivering on them.

Your fighting techniques and abilities will vary based off your character’s experience and your personal decisions in combat. Even when players are offline, your character’s world is still alive.

Another concept that makes this game so unique is the epic 10 year story line. Your character will age from 15 up to 100 years old over the course of a few real-time months. Seasons will change, your diet will affect your weight, and what you do in the world will determine what the game throws at you next.

Once a character is killed (from a fight, for example), your soul will wander until it finds your body. Deaths do affect your overall lifespan, shortening it each time you die. However, once a character finally passes away from old age, their soul will be reincarnated into a new toon that players can create.

Keep in mind that you also don’t want to waste your character’s life away, because you’ll have to pay for it. Literally. Unlike other MMORGPs that require a monthly paid subscription, you have to pay for each spark of life.

CoE hearkens back to the coin-op arcade model where, for $30, players buy a Spark of Life that grants a soul the opportunity to live for between 10 and 14 months, before establishing your Soul in a new character of your choosing. Note: 1 Spark of Life comes with purchase of the game.

Chronicles of Elyria is a fascinating MMO that fully engages players further than any previous game has accomplished. I am excited to see how well players take to this sort of game, and if it will keep people interested and engaged for many months as other MMOs have done in the past.

You can find out more about the game on its Kickstarter page.