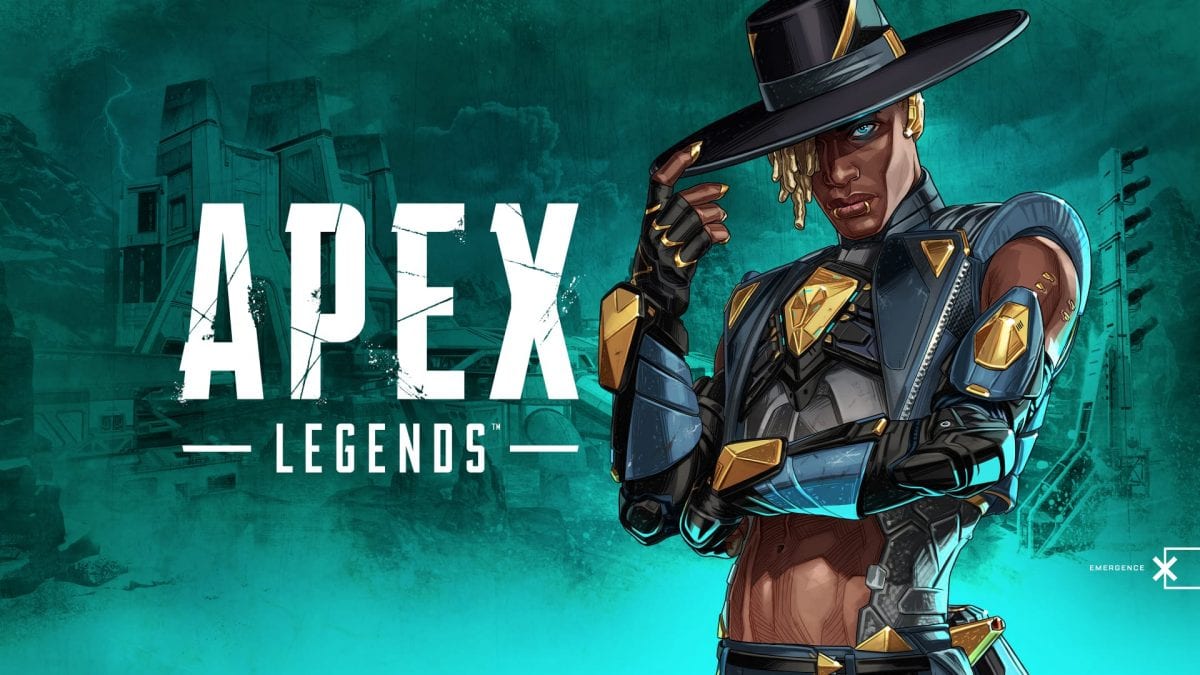 Respawn Entertainment has announced what we can expect to see in the next season of Apex Legends, titled ‘Emergence’.

The studio is once again bucking the trend of numbering its seasons following on from the last season, ‘Legacy’. Emergence is bringing another new Legend to the roster along with map updates, a new weapon, and a Ranked Arenas Mode.

Let’s break it all down!

Seer is the latest Legend to arrive in Apex Legends. He’s a tall looking fellow with a wicked sense of style. The ‘Metamorphosis’ animated story trailer elaborates on his backstory. His birth was cursed by an omen as a meteor struck his planet’s moon at the time of his arrival. As such, he bears a pair of intense glowing eyes that seem as though they’ll play into his gameplay.

“With microdrones and an artist’s eye, Seer spots opportunities that other Legends might miss, and seizes them in the most beautiful way he can.”

The narrator explains that, “one glance will reduce a mountain to dust, a king to a beggar, and an ocean to a desert”. That could all be superfluous set dressing, but it’ll be interesting to see exactly how Seer’s abilities work. We don’t know exactly what they are yet, but we’ll surely find out soon enough.

Alongside the new Legend, the World’s Edge map is also seeing some changes. Respawn hasn’t officially discussed how the map will be changing just yet. However, we have some clear ideas thanks to data miners.

Information leaked from the Apex Legends source code indicates that something disastrous is about to happen with the Harvester on World’s Edge. A cataclysmic event is set to cause a huge natural disaster that will tear apart the landscape. Leaked audio files also seem to depict the Harvester going into some sort of Meltdown.

Images have surfaced on Twitter that appear to depict how some of the new areas will look. This image from user ‘Shrugtal’ appears to show the ‘Countdown’ area completely uprooted by some sort of earthquake.

While it’s not quite as desirable as a new map entirely, a good shake up of one of a fan-favourite will surely do for the new season.

Rampart has been hard at work developing a new weapon, it seems. The munitions expert is bringing the new Rampage LMG into the fray this season. We know very little about this new weapon so far as it hasn’t appeared in Titanfall prior to Apex like many of the other weapons.

The description reads, “Meet Rampart’s newest invention, the Rampage LMG, with a surprising source of firepower.” That would indicate that there’s more to meet the eye with this weapon. It might be that it uses a different type of ammunition to the usual heavy ammo, or Respawn might have gotten really creative.

Last up is a feature that many players were waiting for – it’s a ranked version of the popular Arenas game mode that arrived with the Legacy Season. It’ll operate in a separate fashion from the usual Ranked playlist, meaning you’ll have two different ranks for battle royale and Arenas.

Arenas enables players to fight it out in an enclosed map without the risk of getting third-partied. It’s proven a popular mode among those who enjoy the gunplay of Apex Legends more so than the battle royale mechanic. A new Arenas map was recently added in the Thrillseekers event update. Called ‘Overflow’, it takes place in a lava processing plant and adopts a classic three-lane structure from other classic shooters.

On top of all this, there will of course be a brand new battle pass for players to work towards, along with a ranked season reset and Emergence themed cosmetic packs. We’ll likely learn much more about the new Legend and the World’s Edge map changes nearer the launch date of 3rd August.

Are you looking forward to the new season of Apex Legends, Emergence? Let us know across our social channels.