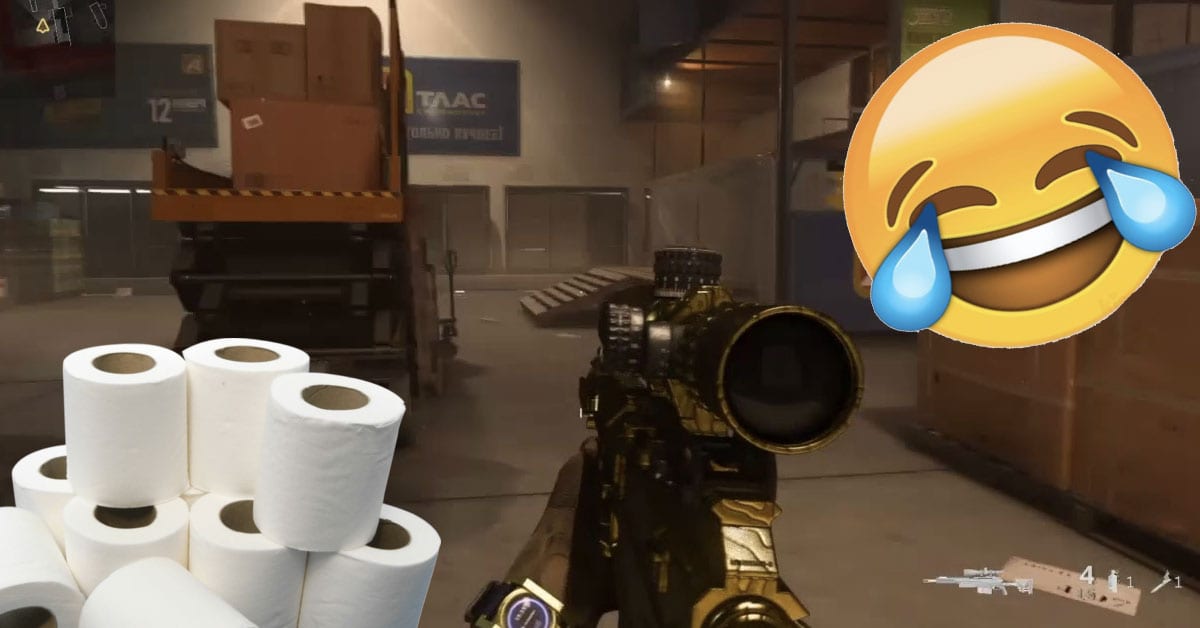 The Easter break is over and out, and we’re fairly certain we now consist of at least three per cent chocolate. But enough of the confectionary eggs. Today, we’re more interested in the digital variety!

Here are some of our favourite Easter eggs found in modern shooters.

Battlefield 4 was riddled with Easter eggs, so there’s plenty to choose from. Whether it’s the elusive Phantom Program mystery or the Illuminati weapon camouflage, BF4 thrived on the community efforts to unearth its several secrets.

Our most favourite by far, though, is the enormous Megalodon shark found on the ‘Nansha Strike’ map. It’s triggered when 10 or more players accumulate around a buoy close situated between the A and B flags on Conquest Large.

If done correctly, a huge, prehistoric shark will launch from beneath the waves for the entire server to see.

The shark recently made a reappearance on the ‘Paracel Map’ storm. In a sequence of events that involves getting struck by lightning and summoning a UFO, the Megalodon will once again show itself. This time, summoning the shark also awards the player with a character skin previously only available to developers at DICE.

This video by Jack ‘JackFrags’ Mason (above) shows a full tutorial on how to unlock the secret camo.

Early into the COVID-19 pandemic, several places in the world saw shortages of toilet paper due to relentless panic buying. The developer of Modern Warfare poked jovial fun at the scenario by including a golden toilet paper Easter egg in one of its maps.

On the map ‘Aisle 9’, there is a hidden teddy bear that moves around the map once destroyed. Players must find and destroy this teddy bear ten times.

Once this step is complete, a red van situated in the middle of the map will open up in an explosion of confetti and neon lights. Sitting inside the van is a singular roll of golden toilet paper.

A video by Toppleless shows some of the teddy bear spawn locations as well as the final resting place of ‘The Last Roll’.

Treyarch and Raven Software paid homage to the infamous Coffin Dance meme when they included a recreation in Cold War’s zombies mode in 2020.

Once these are destroyed, you’ll be teleported to the aether dimension where a cohort of zombies can be seen bopping along to a tune while bearing a coffin. The other zombies won’t be aggressive to you in this state either, so you can sit back and marvel at their slick moves.

It’s not quite the same tune as the one from the meme (likely for licensing reasons) but it’s still a hilarious nod nonetheless.

This one is easy to miss if you haven’t been playing Counter Strike for a while, but there’s a subtle nod to a bug on the map ‘Train’.

In a previous version of the map, a bunch of pigeons would hang around at the bottom part of the map known as ‘Ivy’. When approached, these pigeons would fly off, but if a player correctly timed a jump, it was possible to land on one of the pigeons and fly off with them.

This was quickly patched out by developer Valve, but they left a neat nod to the exploit in the form of some warning signs scattered across the map. A red and white sign issues a warning for players to not step on the pigeons.

The 2016 reboot of DOOM was met to huge critical acclaim, as was last year’s sequel. But developer ID Software just couldn’t let go of the past.

Hidden around each of DOOM’s levels were secret areas that emulated levels of the classic 90’s shooter.

Although these appeared to be fairly faithful recreations, diligent fans noticed that the textures for the walls were actually placed upside down by mistake.

ID Software took note of this and poked fun at themselves in a subsequent Easter egg in DOOM Eternal. Hidden beneath a lava fall in an early level of Eternal, you can find a rotating wall texture from the original DOOM (1993).

It’s good to know that developers can have fun with their own mistakes!

What are some of your favourite Easter eggs in shooters? Let us know across our social channels!