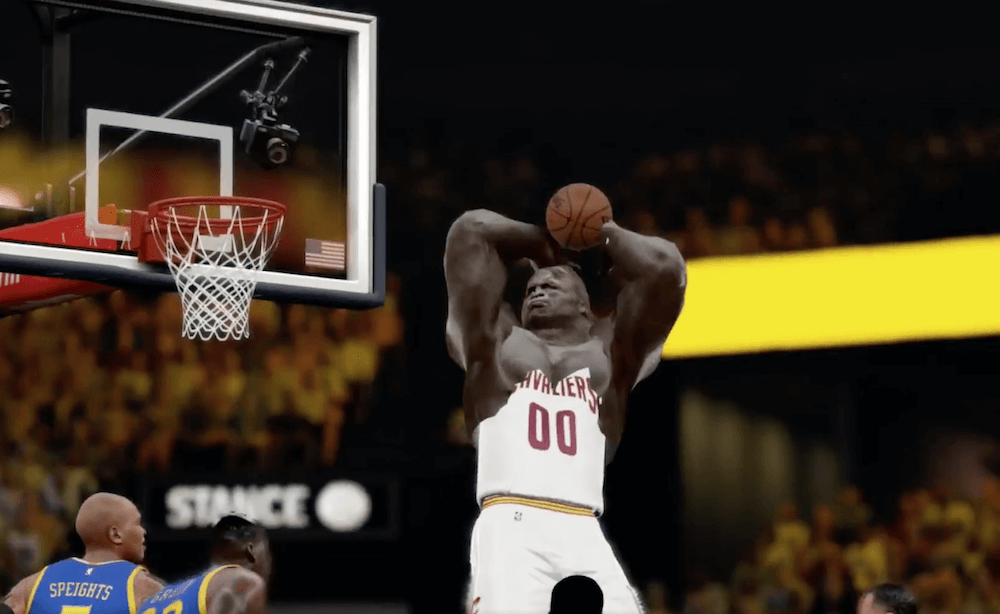 Is it too soon? Harambe, the 17-year-old lowland gorilla of Cincinnati Zoo assasination fame has recently been seen putting his vice-like grip and athletic prowess to the test in the NBA, courtesy of Bleacher Report. The gorilla, who appears to be about 8 feet tall in-game is seen slam dunking on the Golden State Warriors, perhaps the Cavaliers answer to the recent signing of Kevin Durant.

At this time it’s unclear whether or not this a cheat that comes with the game or a cleverly executed modification by the video folks at Bleacher Report. It appears that the Harambe character is more than just a face-scanned create-a-player. NBA 2K17 was recently released on September 20th 2016.