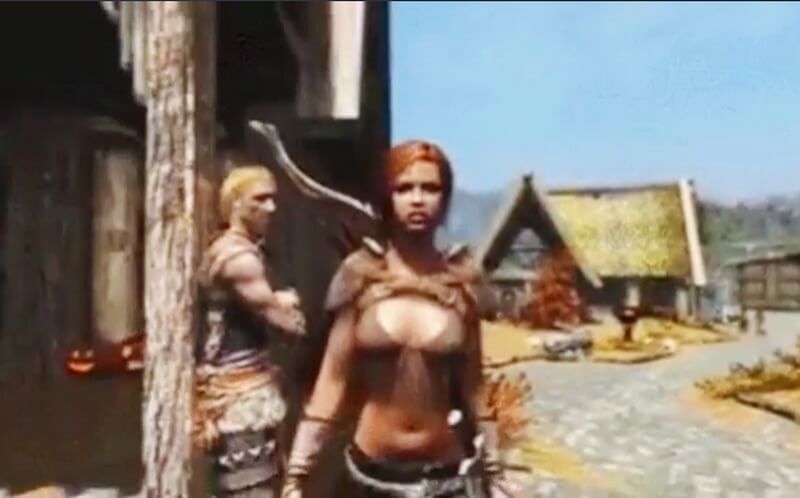 Being an adventurer isn’t easy. Especially if you’re a Dragonborn who’s tasked with saving the world. Most players are busy honing up their dragon-slaying skills while playing Bethesda’s open world RPG, but a few fine lads stand out.

Today, we’re talking about a guy who walked the roads Tamriel for 10 long hours, playing a female character dressed in skimpy clothes, as a social experiment for street harassment.

The remarks the character gets are often funny and sometimes quite disturbing. All in all, it’s truly an eye-opener and shows that females aren’t safe anywhere.

You can check out the GIF below to get a sampling of the remarks the lady received. We might be doing a longer Youtube version of this experiment soon.

P.S: Social Justice Warriors, please refrain from commenting or finding fault with this video. And yes, we were not being serious with this article. In case you didn’t know.