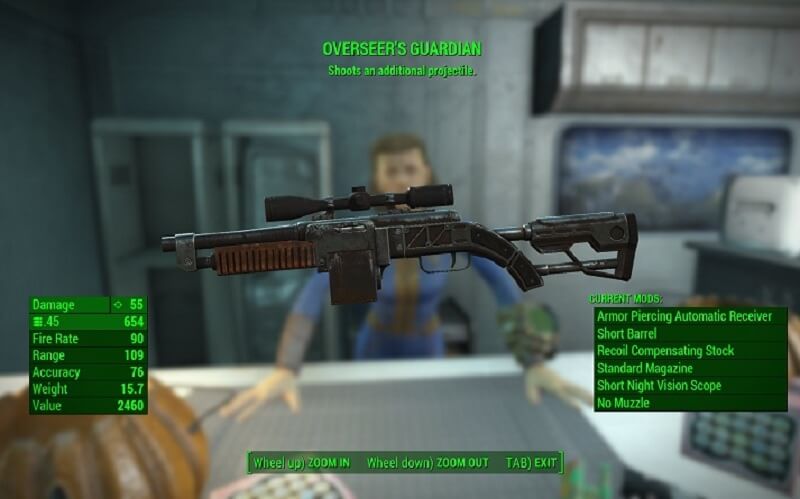 Overseer’s Guardian is a unique weapon that can be found in Fallout 4. The weapon is one of the best guns available in the commonwealth. The combat rifle has a capacity to fire an extra projectile with every shot, which adds more effect without losing extra bullets.

Hence, you can tear through the strongest of enemies using the gun quite easily.

Here’s a guide how you can acquire the Overseer’s Guardian along with a few tips on using it.

We’ll start with finding the rifle but let’s have a look at a video of the rifle in use before. Thanks 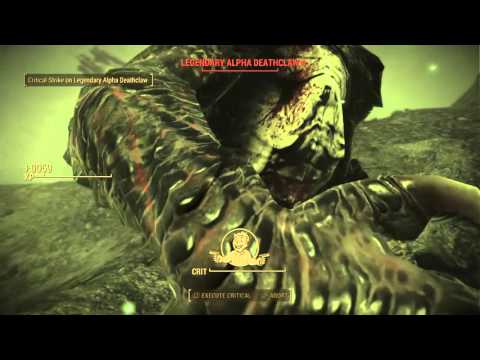 Go northwest of Diamond City and get to Vault 81, go inside and take the elevator down to a lower level of the Vault. Remember you’ll need to hand over three power cores to get inside the Vault.

Get out of the elevator, stay on the right hand side and find the Depot room. You’ll find Alexis Combes inside the room holding the Overseer’s Guardian. In order to take the possession of the weapon, you’ll need around 3000 caps.

A lot of modifications can be made to the Overseer’s Guardian. One such potent modification is increasing the damage from a mere 66 to 147 ( You’ll need to have Gun Nut Rank 3 Perk). When you are in Level 39 and reach Gun Nut Rank 4 you can increase the damage of the gun further to 162.

Here are a few other mods which can be done to the  Overseer’s Guardian.

What makes Overseer’s Guardian So Powerful?

One of the main reasons for liking the rifle is flexibility. It has an ability to be turned into a short, medium or long range weapon according to your needs and preferences.

The rifle works on both fronts and can kill the enemies quietly, without getting noticed once you put a suppressor in it. The damage and accuracy of the gun is also good enough and there lot of modification options available in case you want to adjust it.

We hope these are reason enough to convince you to get the weapon if you don’t have it yet.