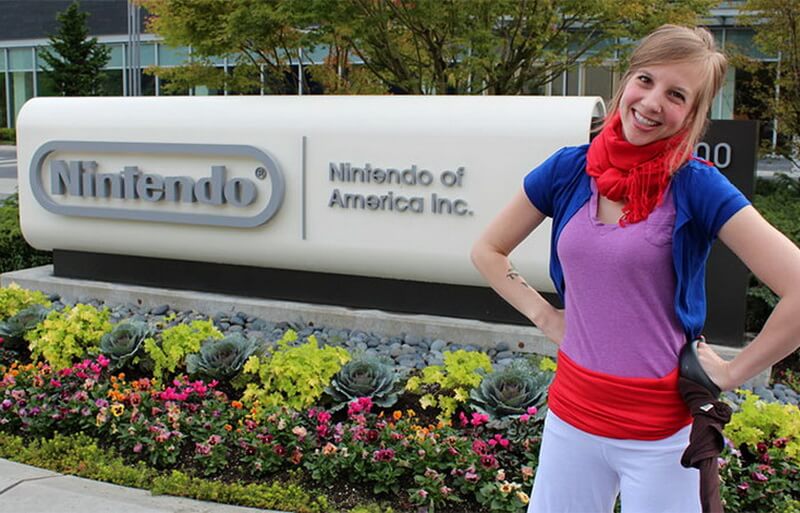 Nintendo has a history of firing employees who can’t follow their strict guidelines. The latest to fall victim to this is Alison Rapp. Rapp, who’s been in the middle of controversies in the past few months over censorship issues, has finally been booted by the company.

“Today, the decision was made,” she wrote. “I am no longer a good, safe representative of Nintendo, and my employment has been terminated.”

Rapp feels Nintendo buckled under pressure from her oppressors who have been harassing her for months and asking the company to fire her. Rapp said Nintendo wasn’t pleased with her having a second job although she didn’t disclose what exactly her second job was.

She revealed that Nintendo has been slowly building up to her ‘termination’ and she was ‘stripped’ off her role of spokesperson for the company and was also moved away from product management on their games in recent months.

Rapp also revealed the company was monitoring her tweets and felt that “[she] wasn’t a good representative of the company”. Nintendo had concerns over several of her tweets including a college essay she wrote back in 2011 among others.

“The amount of obsession it must take to dig up old tweets, find addresses, link me to anon things not related to games is NOT. NORMAL,” she said. “ […] Do u honestly think that without GG’s attacks, the ‘lateral move’ and the obsessive privacy digging would have happened?”

Rapp has been subject to a massive social media outlash by gamers since they felt that her feminist opinions might have resulted in Nintendo toning down the sexualization of female characters for its western ports of popular Japanese games. This made the internet tag her as being a ‘social justice warrior” and saw a smear campaign carried out against her.

Things took a turn for the worst when one particular group dug out an essay she wrote back in 2011 which was in support of Japanese sexual representation of teenage girls. This  led to a public shaming campaign against her.

Although Rapp was sad to go but she was thankful to Nintendo and enjoyed working with them.

“do want to also say that I had some truly incredible coworkers at Nintendo,” she said, “and I’d love it if you continued to support them.

The assumption many made was that Nintendo fired her because of the extensive online smear campaign against her but this isn’t actually the case or so it seems.

Nintendo’s response on the next page