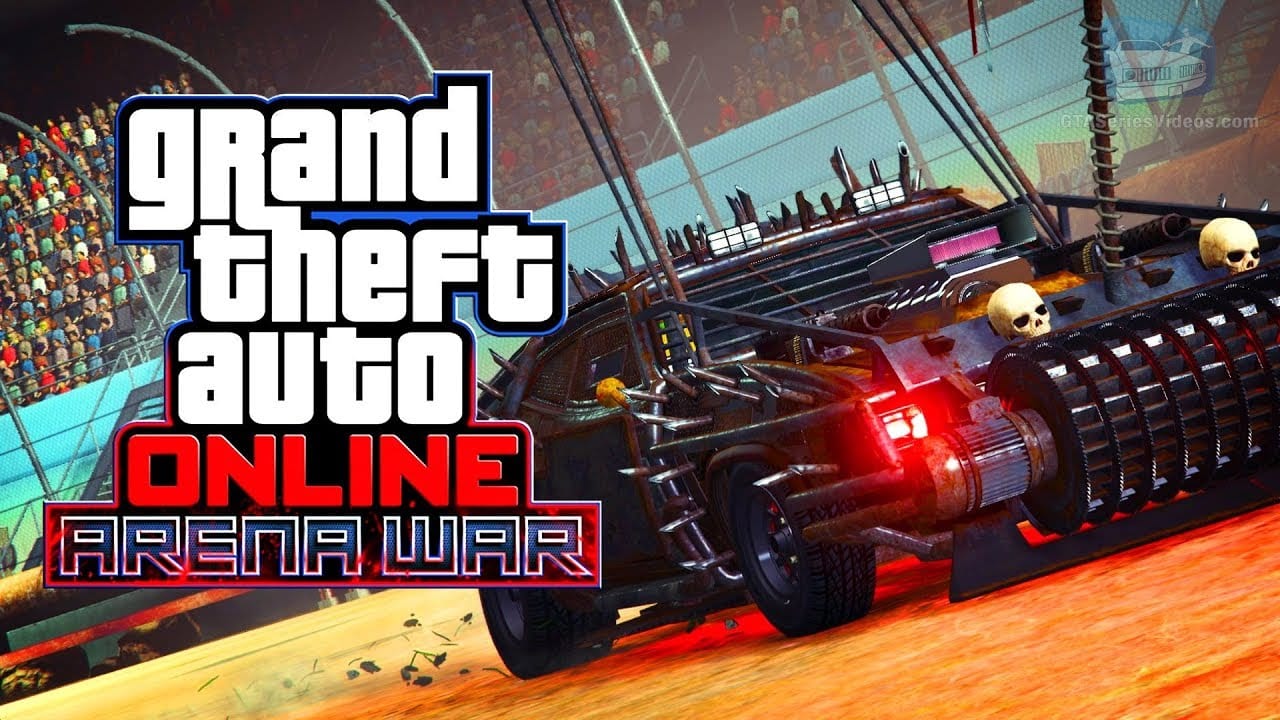 GTA Online players have just been blessed with another new update which welcomes the brand-new Arena War.

Arena War includes all-new game modes along with a bunch of custom vehicles for you to take for a spin (and subsequently destroy.)

Rockstar shared the news on its official website, saying “Enter Arena War, where ruthless gladiatorial combat meets the bleeding-edge of vehicular modification technology in one spectacular – and highly combustible – competition.

“Sign up and embark on an entirely new career under the stratospheric dome of the Maze Bank Arena, one that involves turning your opponent’s brains into pulp on the steering wheel in the name of entertainment, courtesy of Alan Jerome Productions.

“Compete in all new vehicle types custom built for the Arena across seven explosive new modes. As your Arena War career progresses, you’ll earn Arena Points and use them to rank up and unlock even more toys to take into the Arena or out onto the streets.”

Arena War is available now, and it’s free to download for Xbox One, PlayStation 4 and PC.

The trailer below shows off just how bizarre the new modes are, offering up a side of GTA Online we haven’t really seen before.

So far, people are really impressed with the update, comparing it to the likes of Mad Max.

Arena War In GTA is super cool so far. Loving the update.