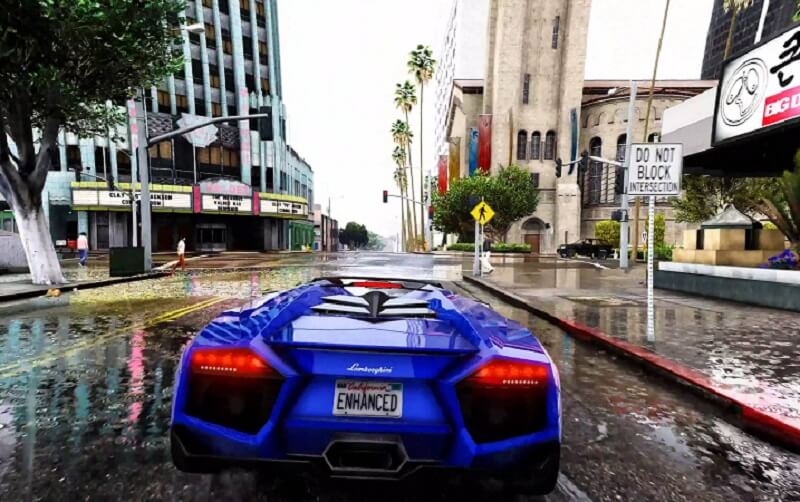 The Grand Theft Auto franchise is one of the largest and most popular in gaming. GTA 5 released nearly three years ago, and fans of the game are now starting to ask questions about its next installment, GTA 6.

We’ve gathered up some information about Rockstar Games’ next Grand Theft Auto game, which we will call GTA 6 for now, since an official title is yet to be determined.

GTA 6 will be announced soon

An announcement about Rockstar’s ambitious future project was promised by Take Two Interactive, but it hasn’t been fulfilled yet. Fans have been eagerly waiting to hear more about the much anticipated sixth installment of the Grand Theft Auto series.

There have also been speculations that Grand Theft Auto 6 is already in works, which is keeping the game’s fanbase even more interested in an official announcement. The game is expected to be released in late 2018 or mid 2019.

So, if we assume GTA 6 to be released anywhere between 2018 and 2019, we probably won’t see a trailer for at least another year, as the trailers are generally released one year prior to the game.

If news and rumors are to be believed, the next Grand Theft Auto game could have a futuristic setting. It is also indicated that the game won’t have any locations or cars that are related to the past or present.

Featuring futuristic locations and concept cars would be a complete divergence from the original concept of the franchise, but it could offer a change in gameplay.

However, is is unlikely that Rockstar will take the risk of taking this major step of changing the game’s concept all of a sudden in Grand Theft Auto 6. Why change a good thing, right? We’ll have to wait for announcements by Rockstar to know what is in store for the highly anticipated game.

Where is the next GTA game set?

Although Rockstar hasn’t revealed anything about GTA 6 so far, several analysts and fans have speculated several locations for the upcoming game. They have already shortlisted various cities where the game could take place.

Some fans are also assuming that the next GTA game will happen outside the United States this time around because Rockstar has already patented titles which features the name of the cities like Bogota and Tokyo.

However, there have been reports that Rockstar wanted to make Tokyo the next hub of GTA franchise, but the road system of the city, which they regarded as problematic, made them scrap the idea.

Analysts now think that the possibility of GTA going away from the United States is minimal. Some of them also think that Grand Theft Auto: Sin City could be the next game of the GTA franchise.

The assumptions will go on until Rockstar confirms the exact location for the game. Other locations that are being discussed by fans are San Fierro and Las Venturas. It is also said that the next GTA game will have the missing piece of the city in GTA: San Andreas, along with the possibility of containing the maps of the previous GTA titles. A statement about this was made by now gone Rockstar president Leslie Benzies himself.

However, some other fans and most of the analysts have completely different views on this topic. They think that the next GTA game will be set in San Diego. They think San Diego ticks every box required to be the next GTA city, as it has both natural and man-made facilities.

On the other hand, Rockstar co-founder Dan Houser suggested in a past interview that GTA could also be set in the UK. However, one problem that might arise in taking the game to UK is the fact that cars have Right Hand Drive. The question now is whether or not it would be okay for Rockstar to take the game somewhere around London, or will it be safer for them to stay put in the US.

Find out how legendary Pokemon are created in Pokemon Go

According to some industry sources, the next GTA game is well into development. Although Rockstar is committed to creating for content for GTA online: the immensely popular online mode for GTA 5, but development on the sequel has begun and is going in full swing.

Rockstar is poised to make an announcement about GTA 6 during its own special event sometime in 2017 if sources are to be believed. However, it remains unclear when exactly the game will be released but it’s likely it’ll release beterrn 2018-19.

The new game might also utilize the enhanced power of the upcoming PS4 Neo and Xbox One’s upgraded versions.

11 Pokémon Go cheats that only expert players know about

There is a lot time between now and until GTA 6 is finally released, and we can expect a lot of changes in gameplay to come this way. So, it is a bit difficult to guess what the gameplay of the game will exactly be like in the final product.

However, according to some recent updates about the game, the gameplay might move a little offtrack from the traditional style. This decision by Rockstar will definitely receive mixed reactions from fans and they could definitely opt to take the safer route and stay away from making drastic changes that can take the essence out of the game.

On the other hand, majority of the GTA fans have also voted for supercars to be included in the next title. There is also a likeliness that GTA 6 would feature one female protagonist.

The clash between Rockstar and their former president Leslie Benzies will also play an important part in GTA 6. Benzies played a massively important role in the previous GTA titles, and his absence will definitely make a difference in every aspect of the game.

No matter the obstacles or the recent issues regarding the franchise, it is certain that Grand Theft Auto 6 will be releasing soon. GTA V remains the most successful installment of the franchise and the publishers are eager to move forward with the series.

However, Take Two is known for its strategy to come out with great products and it doesn’t follow a yearly release schedule unlike its competitors, which is turn has paid huge dividends. Hence, you can be certain GTA 6 will only be releasing once Rockstar Games are confident they have done a phenomenal job with it.

Interestingly, Rockstar might announce the next Red Dead Redemption game before making a formal announcement about the next GTA title.