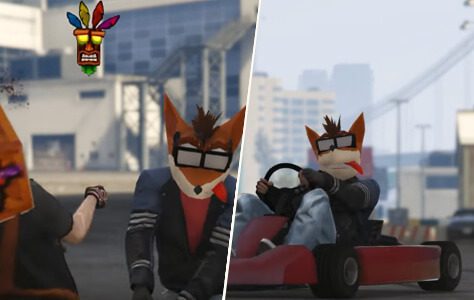 It doesn’t take a hardcore gamer to feel the prominence Grand Theft Auto has in the wonderful world of video games, after all, parents are approached by their sons/daughters every five years or so, hyperventilating and slobbering about the new game and how awesome it’s going to be and ‘mum mum mum pleeeeease’, you know the story.

However it might take an older or more vintage gamer (if hipster gamers exist) to know the awesomeness that is Crash Bandicoot, the spinning, apple loving, polar bear riding, denim shorts wearing cheeky chappy. Two legendary games, opposites sides of the spectrum both in style and time, collaboration? Yes.

Thanks to the new Rockstar Editor that allows players to create whatever their mountain dew fuelled heart desires, one certain individual that goes by the name of Pinkman has done just this, and we can’t thank him enough.

Making a change from the usual theme of home videos and stunt montages, Crash roams Los Santos armed with a baseball bat, preying on innocent box headed civilians and blowing police cars away in a fashion that would make Michael Bay jealous. And who can forget the nostalgic game music?

It’s been a while since Crash has made an appearance and in a world of constant Super Mario cycles and Sonic failures, a reboot might be just what we need. I mean, Rayman did and that game was awesome. 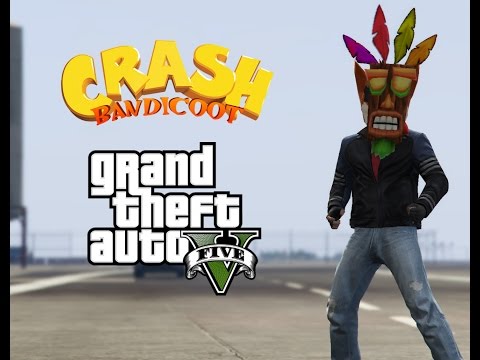