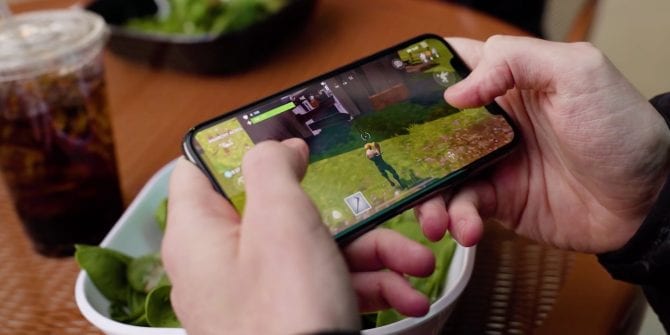 PUBG and Fortnite were both released onto mobile in March with PUBG only just gaining monetisation on the platform. The information gathered by SensorTower shows the staggering amount more that Fortnite has made in comparison to PUBG. Bare in mind that this is on iOS only.

The first week of monetisation for both games is impressive considering they are mobile games. Having said that PUBGs revenue for the first week is monumentally dwarfed by Fortnite.

This is only made more impressive with the knowledge that Fortnite has the fraction of the downloads that PUBG has.

The graph provided shows that Fortnite made five times more than PUBG. This does exclude China for both games though.

Fortnite not only made $3.7 million in its first week of being released onto the app store but a report was released recently stating that Fortnite made $223 million in March alone. This is probably going to be even higher in April and May considering that season 4 just started and along with that comes the new battle pass.

So when people say that “Fortnite is a poor mans PUBG” hit them with this info.

PUBG is also set to come to PS4 at the end of this year. It will be interesting to see how well it does considering the stranglehold that Fortnite has on the battle royale genre on the platform. This is also going to become even more competitive with the addition of H1z1 to PS4 coming in the next few months.

What I will say is that building on Fortnite mobile is one of the most difficult things that you can do on any mobile game ever. Maybe any game ever.