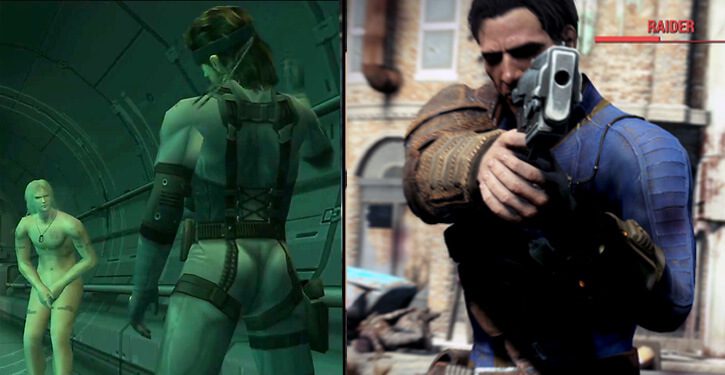 Sometimes there’s nothing better than diving into a new story, learning about characters, the world and its events. With the limits and boundaries of technology constantly being pushed, it’s no surprise that video games have become the gripping cinematic experience they’ve become.

With games such as Until Dawn, The Walking Dead and The Last Of Us, we’ve experienced true panic, fear and grief (I’m looking at you Telltale).

But among some of the greatest stories to grace our lives, a handful didn’t quite deliver what was expected. Here’s our list of contentious video game plots –

Referencing back to games such as The Walking Dead, players making decisions that effect the game has become a trend in immersive single player stories. Mass Effect has a well balanced mix of third person combat and decision making, but it didn’t save the game from its shallow ending.

Fans of the franchise will most likely agree, you’ve spent hours in each game making the right friends and foes, choosing the best options and of course, romancing everyone. So it came to an obviously disappointing end when your past actions didn’t really effect the ending at all.

It can be altered but the fact you wasted your time thinking possible outcomes to be offered one of three endings, it’s a tough pill to swallow.

It seems to be a re-occurring trend for games granting players ‘freedom of choice’, all the decisions you made are in vain because the game is scripted, relieving you of all freedom it promises with a couple of linear endings.

Metal Gear fans will know Kojima’s love for the obscene, we’ve seen it in every MGS game, breaking the fourth wall, Johnnys bowel movements, secret jokes and the weird and wonderful characters. We’ve all come to expect and love these things in the games, but some things were swing and a miss.

One example of this would be the whole story of MGS 2. The first mission has you in the shoes of Snake, doing what he does best. It’s all familiar and what you expected, then out of nowhere Snake is gone and you’re in control of Raiden, a bleach blonde, whiny pretty boy with an annoying girlfriend. Kojima has stated that it was an attempt to trigger an emotional response with the players, and it obviously worked.

MGS 2 is a great game by all means, but Kojimas stunt has us scratching our heads. Playing as Snake throughout the whole story would have just complemented the game, instead of confusing and to an extent, angering the loyal fans. Was this a display of Kojimas confidence in the fact we’ll just buy anything with a MGS label?

Not specifying one certain game in the franchise and putting aside the fact that it’s set post nuclear war, some things about Fallout just don’t add up.

My main question, why are caps currency? I’m sure there’s some lore buried deep within an old game magazine or website regarding why, but in real terms, it wouldn’t work. In our travels throughout the Fallout franchises, we have come across Nuka Cola factories that produced these caps, as of yet we have to find one that’s still operational.

After the war businesses obviously ceased to exist, Nuka Cola included. So after production of Nuka Cola stopped, caps production would immediately follow. So that means there are a limited amount of caps in the world, deeming caps an unsustainable source of currency.

In a post apocalyptic world stable production of anything would be next to impossible, but from what we’ve seen the soil is still good to grow crops and vegetables, why not food? Most of the water is radiated so why not purified water? Of course these make for a boring alternative of bottle caps, but I’m being very critical here.

Just Cause 3 has had mixed reviews all around, the game boasts the ultimate level of destruction, which it delivers (with some boundaries), a full arsenal of weapons & gadgets and a real James Bond/Mission Impossible feel to the game. And of course, frame rate drops when the action is at its best and major graphical glitches.

The game itself is unbelievably fun, and like other fun orientated games such as Saints Row, the story can be a little lackluster. But my question, is Rico really the good guy? So yeah he’s overthrowing a dictator who’s taken control of Medici, but by method of chaos. Explosions everywhere, bullets flying carelessly, reducing the military to ashes.

Is this what was needed? How many innocents were killed while Rico started a civil war? How much will it cost the taxpayers to rebuild Medici when Rico tears it to pieces? How can Rico be sure that when he’s releasing inmates to cause chaos in a prison, he hasn’t unleashed murderers, rapists and thieves?

It’s probably best to forget about all this and just blow stuff up of course.

These were four video game plots that didn’t add up for us. Have we missed something you’ve noticed in a story? However small, let us know in the comments section.