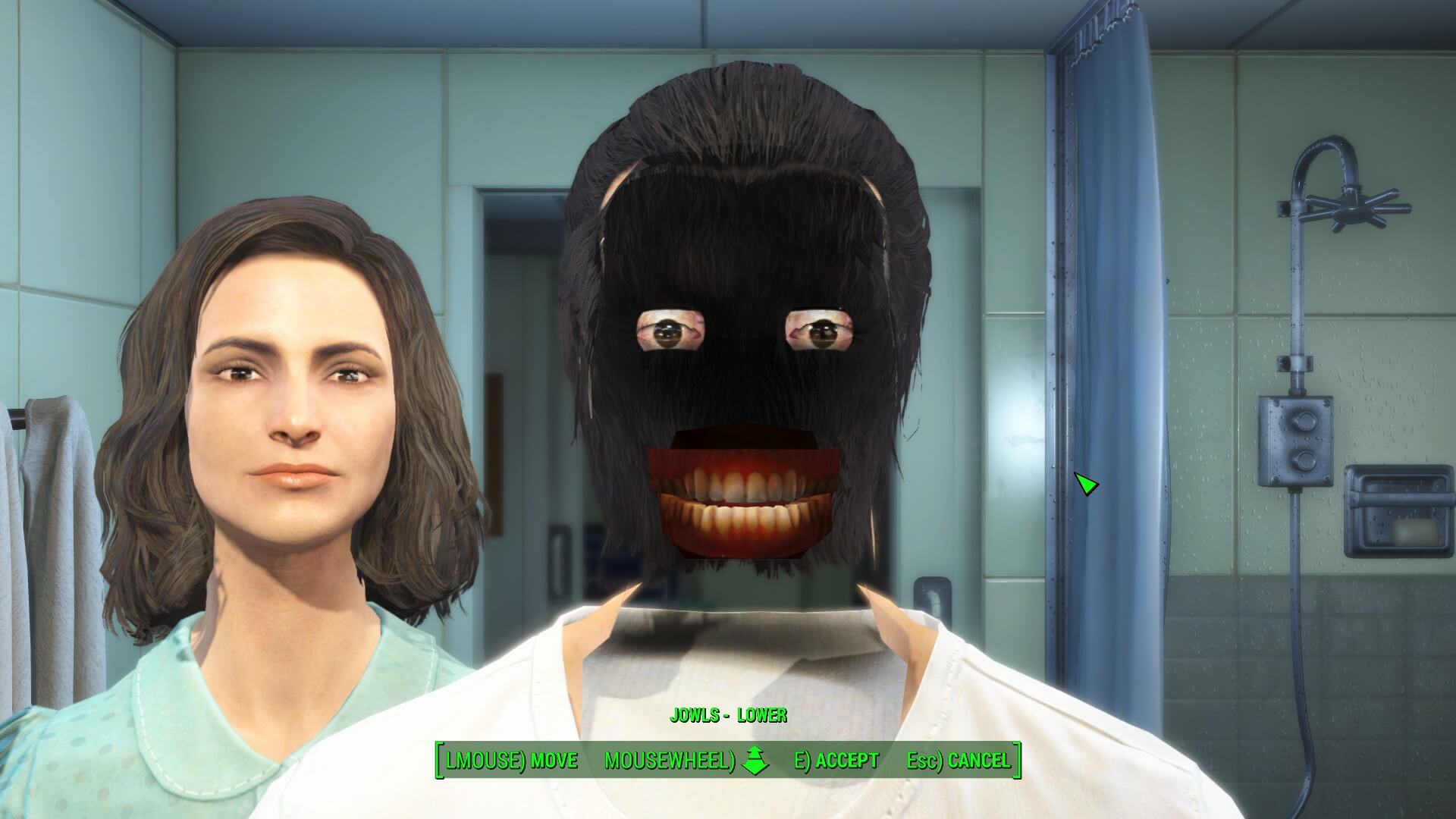 Fallout is just one of the great games produced by Bethesda, alongside the Elder Scrolls franchise which could be argued to be on par with its counterpart. Known for the unique worlds, rich storylines and heaps of loot and enemies, it’s almost foolproof.

Key word being almost, sometimes little errors get through the cracks and impose themselves as bugs in the game, ranging from hilarious to plain annoying, here’s a list to name a few.

In a world as big as Fallout 4, you’re bound to stumble upon a few glitches in the Commonwealth, maybe ‘few’ is the wrong word to use in regards to FO4, but the sheer amount of content the game offers makes up for this.

This can range from your face disappearing, leaving only your mouth, eyes and hair (or sometimes less).

Enemies stretching out like something cut straight from a horror film.

Or casually walking around with no head. Like the guy below –

But not all glitches can be as lighthearted as this, some have been recorded to stop the main quest line, preventing you from advancing in the story, corrupt your save file, make your companions disappear or even remove characters from quest locations.

There’s nothing nice about a corrupt save file that you put over 50 hours into. Create multiple saves to try avoid this and manual save when you can, don’t trust the autosave.

Nobody really seems to question the Pip-Boy and its functionality. How it manages your inventory, carries out full body checks, measures the users vital signs or the mysterious V.A.T.S system and how it turns you from n00b to marksman.

But a better question than that, how does it stay operational? It never needs power, there are no clearly seen battery packs, and even if it takes AA batteries, you never need them because apparently it runs forever! Even after 50+ years and a nuclear war, getting shot a few times and shrapnel damage, the Pip-Boy maintains perfect functionality.

And we’re not even mentioning the uses, the flashlight, the radio receiver, Geiger counter, just to name a few. It’s the Swiss army knife of technology. Why don’t we have these now? Oh, so a Pip-Boy is fully waterproof but my IPhone takes a drop of water and breaks? WHY AREN’T WE FUNDING THIS?

Who is he? Why is he here? Why does he look pre-war? More importantly, why does he help you? Nothing much is said about the mysterious stranger besides what is said on the skill tree, the more skill points you put into the tree, the more chance of him showing his mug. While the help of the stranger is appreciated and he never fails to deliver the last fatal blow, I like to know who has my back.

While I agree to an extent that giving a back story or simply even a reason to why he is here and helping you would take the ‘mysterious’ out of his name, curiosity is getting the better of us.

Times are dire in the Commonwealth, so dire that survivors have gone to some lengths to keep breathing. Turning on each other, robbing, fighting and creating makeshift weapons that turns trash into projectiles, apparently.

The junk jet does exactly that, most likely created with the blunderbuss in mind, it fires pretty much anything you don’t need. Teddy bears, pre-war money, all can be launched to an unfortunate foe. While I’m not questioning the efficiency of trading a newspaper for a bullet, who made this? Radiation does strange things to the mind as we’ve seen with the zombie like ghouls, but this is a perfect blend of crazy and genius. So probably the Fallout equivalent of Doc Brown.

What makes no sense about this particular weapon is that how does it manage to fire up just about any piece of junk that you equip it with? Size, amount, scale, nothing matters. The devs must have really got lazy in creating this one.

This was our list of questionable concepts in Fallout 4, what do you think make little or no sense in the Commonwealth?