Bethesda’s Fallout 3 video game is filled with a huge world, several campaigns and a ton of mystery for players to explore. So while it may take hours on top of hours to complete this game, one gamer managed to do it in less than 24 minutes making this a world record for completing the game.

The gamer goes by BubblesDelFuego from his YouTube channel and TwitchTV account. Entire gameplay was captured and is up for anyone to watch, you can check it out below personally. Bubbles used the different glitches found within the game to his advantage and while he held the previous record, this time the speedrun will be even harder for gamers to surpass.

Don’t expect BubblesDelFuego to attempt the record again, he mentioned that unless there are new glitches discovered or by some chance a gamer was able to surpass his record time, he won’t try to make another speedrun attempt. 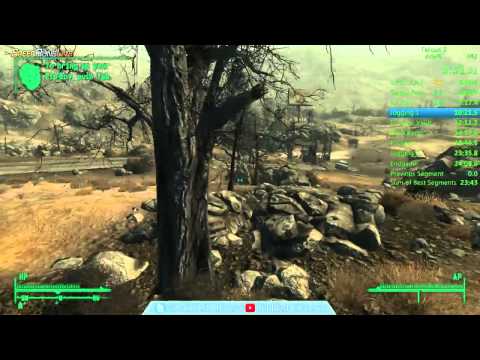