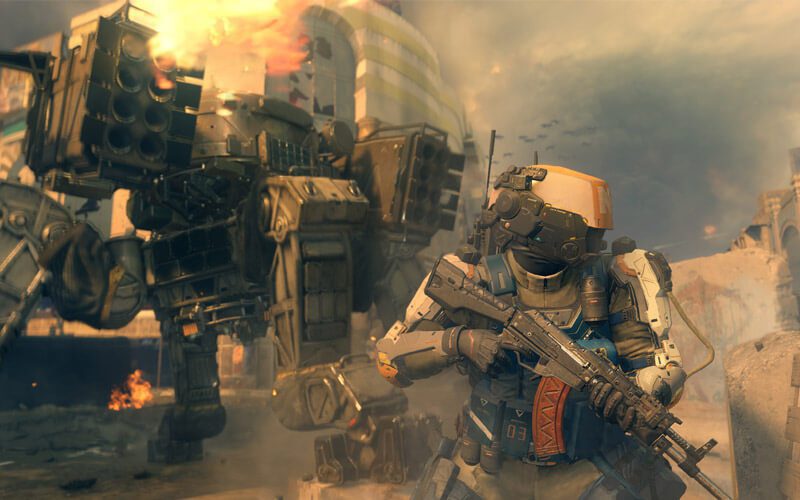 To even entertain the idea that the latest release has saved the franchise, you first need to ask yourself, “Did Call of Duty even need saving?” We’re talking about one of the most successful video game franchises of all time.

The yearly Call of Duty releases are consistently among the top selling games. Each new game brings in hundreds of millions of dollars for Activision. That hardly sounds like a franchise in dire need of a life preserver. However, look past all the zeroes at the end of the Activision bank account statement and you’ll see a troubling trend.

While Call of Duty games have been selling well, the numbers certainly have some big wigs at Activision wringing their hands. Call of Duty: Ghosts put up good sales numbers but saw a significant sales decline from the massive hit, Black Ops 2.

Industry analysts and corporate executives chalked the disappointing numbers up to uncertainty in the gaming market. The Xbox One and Playstation 4 had just come onto the market and gamers may have been holding onto their cash as they wait to decide when or if they’re upgrading.

Then came Call of Duty: Advanced Warfare. The new console generation had a year to mature up to this release and many gamers had made the switch. Sledgehammer Games had taken the reins for their first run as primary developer for a Call of Duty game. Huge changes in gameplay mechanics were planned to address concerns that Call of Duty had become stagnant and predictable. Call of Duty was poised to once again win the hearts and minds of gamers everywhere. Instead, the release fell flat.

While overall sales were impressive, the numbers showed an almost 30% decline from Ghosts. That marks back to back significant sales drops for the franchise. While it was still selling very well compared to other games on the market, the numbers had to be concerning. It doesn’t matter if you sell video games, carrots, shoes, or cars; steadily declining sales numbers are bad news.

So how is Black Ops 3 faring in the numbers department? First reports appear promising for Call of Duty fans and Activision executives alike. The initial launch window saw Black Ops 3 beat the numbers put up by Advanced Warfare and Ghosts. The game also finished as the top seller of 2015 even with stiff competition from huge titles like Fallout 4, Halo 5: Guardians, and Star Wars Battlefront. So from a numbers point of view, Black Ops 3 seems to have turned things around. But why is it enjoying increased sales over its predecessors? I believe that all comes down to the gameplay.

It’s no secret that every Call of Duty release sticks closely to the core gameplay mechanics that made the series a huge success. However, with the release of Ghosts, the stagnant nature of the Call of Duty franchise appeared to hit a wall. Were gamers finally bored of the game that had been dominating sales for years? That was the conclusion made by many.

Call of Duty: Advanced Warfare sought out to change that. Sledgehammer Games brought us exo suits with the power to double jump, hover, and strafe in the air. They introduced dynamic maps that could change with floods, explosions, and other environmental effects. And yet the game still underperformed. So what did Black Ops 3 do right?

What I’ve gathered from reading reviews and discussions with casual gamers is that Black Ops 3 has found a fine balance between the basic Call of Duty gameplay and new, exciting changes.

Advanced Warfare tried to kick down the front door in a big way but many gamers, myself included, felt that the exo movements turned the game into “EA Sports Jump and Strafe Simulator 2014.” Black Ops 3 has done a perfect job of toning down the drastic movement changes made by Advanced Warfare while still offering up something fresh.

This is also the first Call of Duty installment where we see specialist abilities. Entirely new strategies have been built around a player’s specialist of choice. And let’s not forget grinding to earn your specialist’s various armor variations.

I’ve never been one to grind for certain camo or armor and yet here I am, on the verge of tears because I just missed the perfect opportunity to complete my Sparrow double kills. I know I’m not alone in suddenly being drawn in to the allure of the grind with Black Ops 3.

So… Has Black Ops 3 saved the Call of Duty franchise? I guess only time will tell for sure. But the numbers look promising. At the very least, when it comes to sales, Black Ops 3 has stopped the bleeding for the time being.

From a gameplay standpoint; I feel that Black Ops 3 has set a standard moving forward for the franchise. Gamers need change in their yearly Call of Duty releases but they don’t want change that will completely alter the way they enjoy their favourite game. Black Ops 3 has set the foundation, now how will future releases build on it?

This article was written and submitted by Dex Dunford.