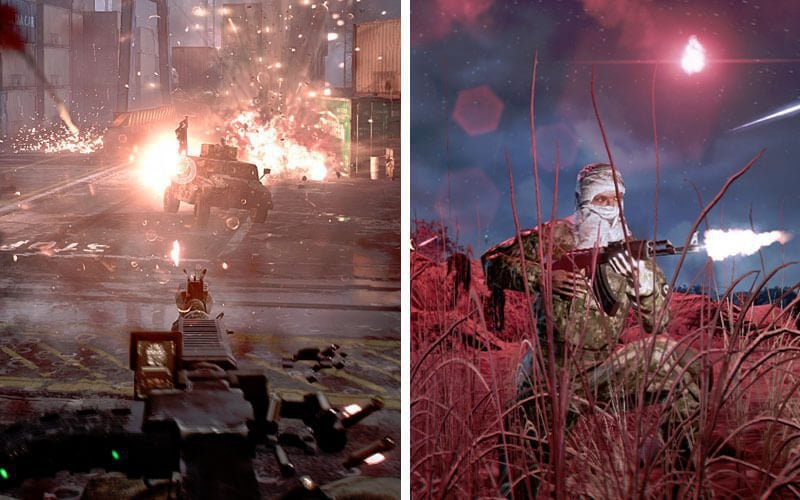 Have you ever wanted to defend the world from ISIS, but don’t want to join up with a military and actually go fight them? There’s an app for that.

If you’re on Steam and looking to kill some time, IS Defense drops on April 19th. This game was developed by Destructive Creations. In IS Defense, you play the role of a machine gunner who is defending Europe from an onslaught of terrorists.

You’ve got to aim your guns at the attackers and take out the suicide-vest wearing jihadists, it doesn’t really look like there’s a whole lot to this game in terms of depth or gameplay, it’s an arcade-style shooter, like something you’d expect to find on a mobile device rather than on the PC, save for the graphics which look pretty nice.

The action and explosions make this look like a Michael Bay movie. It has a cinematic feel to it, it’s kind of like if you took one of those 3-4 minute set pieces from a CoD game but stretched it out to be a standalone title. There’s a skill tree where you can earn points to upgrade your weapons.

Here’s the teaser video to give you an idea of what to expect, if you decide to take fight some terror on the shores of Europe:

This is from the same team of devs who released ‘Hatred’ last summer, a twin-stick isometric shooter where you play as The Antagonist which is also available on Steam.