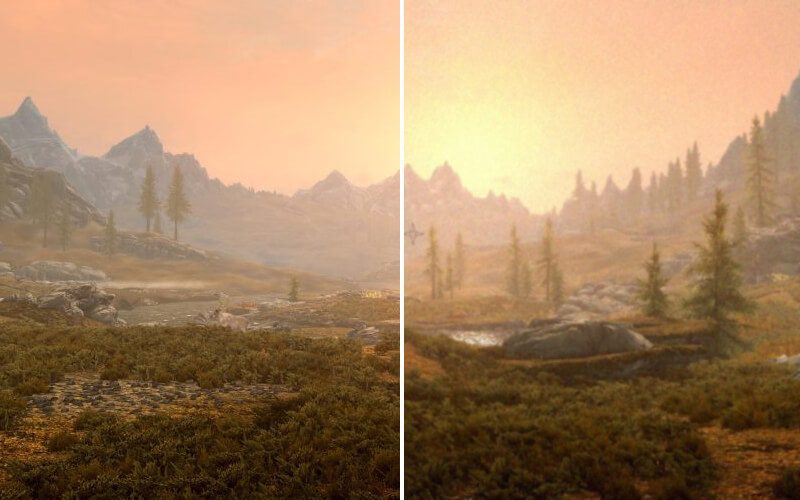 The big Nintendo Switch reveal took place, now we know prices, accessories, and a handful of the upcoming games. Splatoon 2, Super Mario Odyssey, and a few other titles you’d more or less expect to see, despite the fact that the Switch is launching with less titles than either of Nintendo’s previous two home consoles and even the 3DS.

One surprise was that they’re bringing Skyrim to the Switch. Most of us have gotten our Skyrim fill either from the original version or the recent remastered version, but it’s a good opportunity for Nintendo gamers who missed the boat originally.

The switch is going to cost $299, and a decent gaming PC will run you at least three times that. One of the things you’re paying for with the PC is a smug sense of superiority, and it doesn’t come cheap, but what happens if consoles start looking better than PC games, especially a Nintendo console? Does the universe implode?

With the launch event for the Switch showing Skyrim, it left many of us wondering which version of Skyrim that we were seeing. They didn’t mention whether it was the latest version, or the original.

They compared the visuals over at Gearnuke, where these screenshots are from, and came to the conclusion that the Nintendo Switch will be getting the remastered version of Skyrim, but it’s tough to imagine that it’ll be comparable to the PC version on max settings and still running smoothly.

While Nintendo Switch appears to show an improvement over the original versions for Xbox 360 and PS3, it’s still toned down compared to the PC version, as you’d expect.

Nintendo does a good job with their cartoony aesthetic so people really aren’t to worried about graphics, how realistic do you need Yoshi to look, right?

But when they start porting over other popular games that aim for realism in their graphics, it’s going to expose some of the weaknesses.

Here’s the remastered version on PC:

Here’s the original version on PC:

If you’re having trouble telling the difference between the Switch version and the remastered version on PC, take a look at the plants in particular. It’s trickier to tell from a paused screenshot, we’ll have a much better vantage point once the game is released.