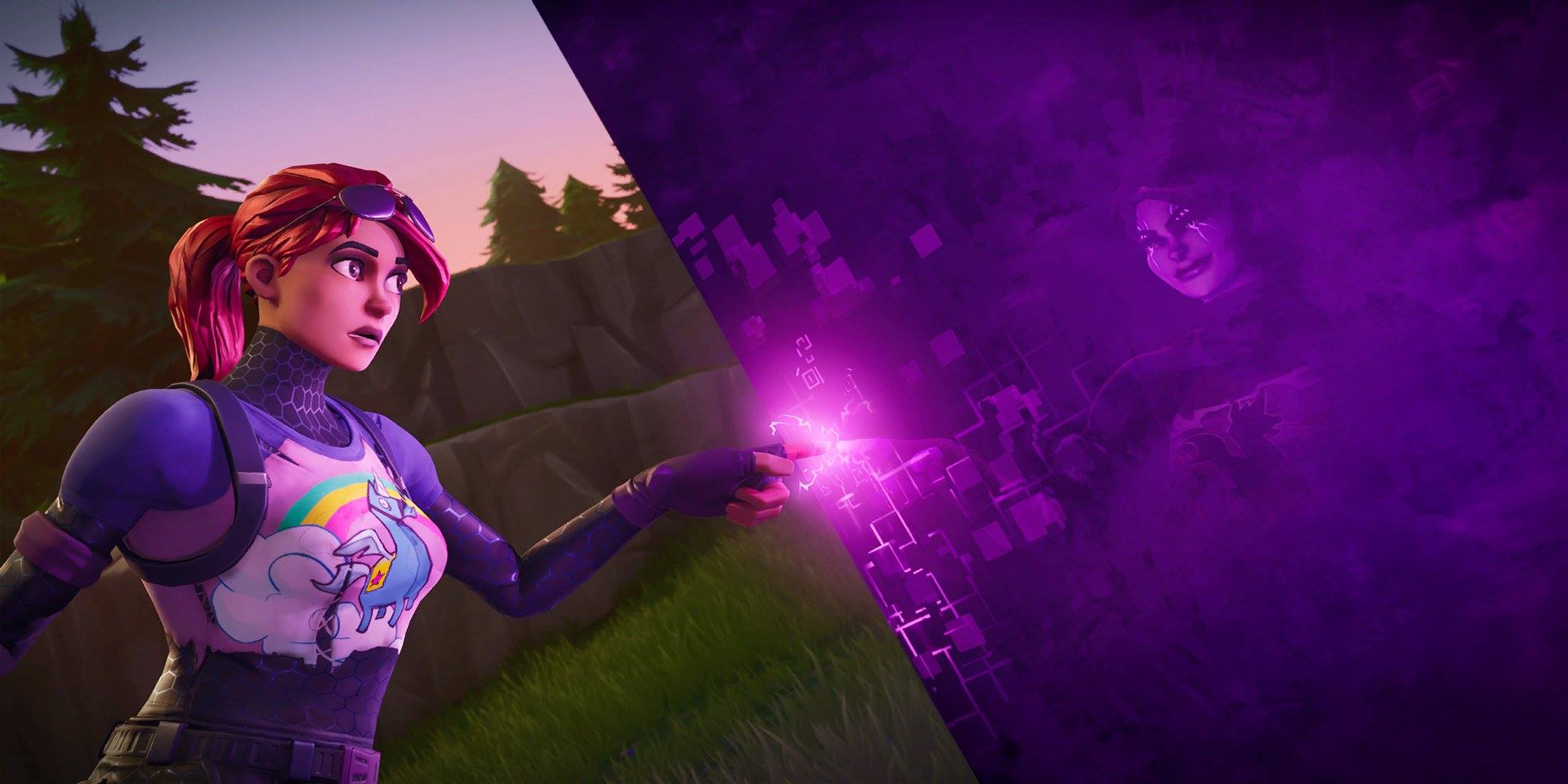 In case you haven’t seen it yet, Fortnite’s new patch has just been released.

It seems that Epic Games is still keeping its cards close to its chest when it comes to the big purple cube, however they have dropped a huge clue in the form of a loading screen.

As you can see, Brite Bomber is touching the cube (which is lighting up with what seems to be electricity). She can see a reflection of herself but it appears to be an evil version. Her make-up is darker, and the llama on her top looks as though it’s been replaced by a dragon.

Fans are convinced that this image is actually a look at the game’s Halloween event. They reckon that the cube will transport you to an ‘evil’ version of the map – similar to the Upside Down in Stranger Things.

One fan wrote: “What if the cube is the Start for the new season with Halloween included? So the cube turns the entire map into a darker map ? And some skins change to evil like the britebomber.”

Another added: “Is she Eleven from Stranger Things?”

We can’t wait to see how this plays out.

The new patch hasn’t been without its issues. For example, the storm now damages player-built structures in the final stages of the game, forcing players to change their strategy.

VGR reports that players can now carry three Shield Potions instead of two, and you can grab two Boogie Bombs. As for Stink Bombs, they can be carried in stacks of six.

Sadly, some weapons have been removed.

“Here’s the plan. Four safes have been loaded into supply drops scattered around the island, each carrying a large jewel. You and your crew must locate a safe, pick up the prize inside and getaway with the goods while battling enemies. The first four teams to make their way to a van with a jewel and getaway win! Are you up for the job? 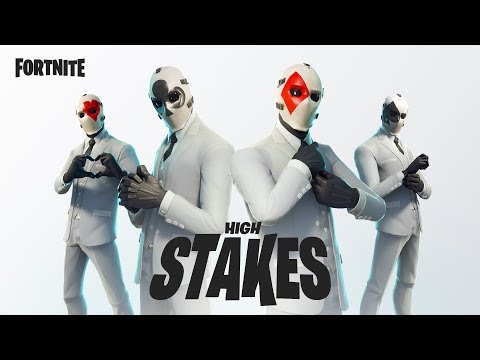 “Escape with the goods and you can unlock even more rewards. Earn free cosmetics items in-game by completing the special High Stakes Challenges.

“You’re gonna need the right gear for a job like this. Throughout the High Stakes event, the Wildcard outfit will be featured in the store periodically. The outfit comes with 4 four swappable cosmetic masks, one for each of your crew and the “Cuff Case” back bling. Complete your getaway gear with the Safecracker glider!”

“Need a specialist? Get the Ace Outfit, Swag Bag Back Bling and 600 V-Bucks when you purchase the Ace Pack, now available in the in-game store.” 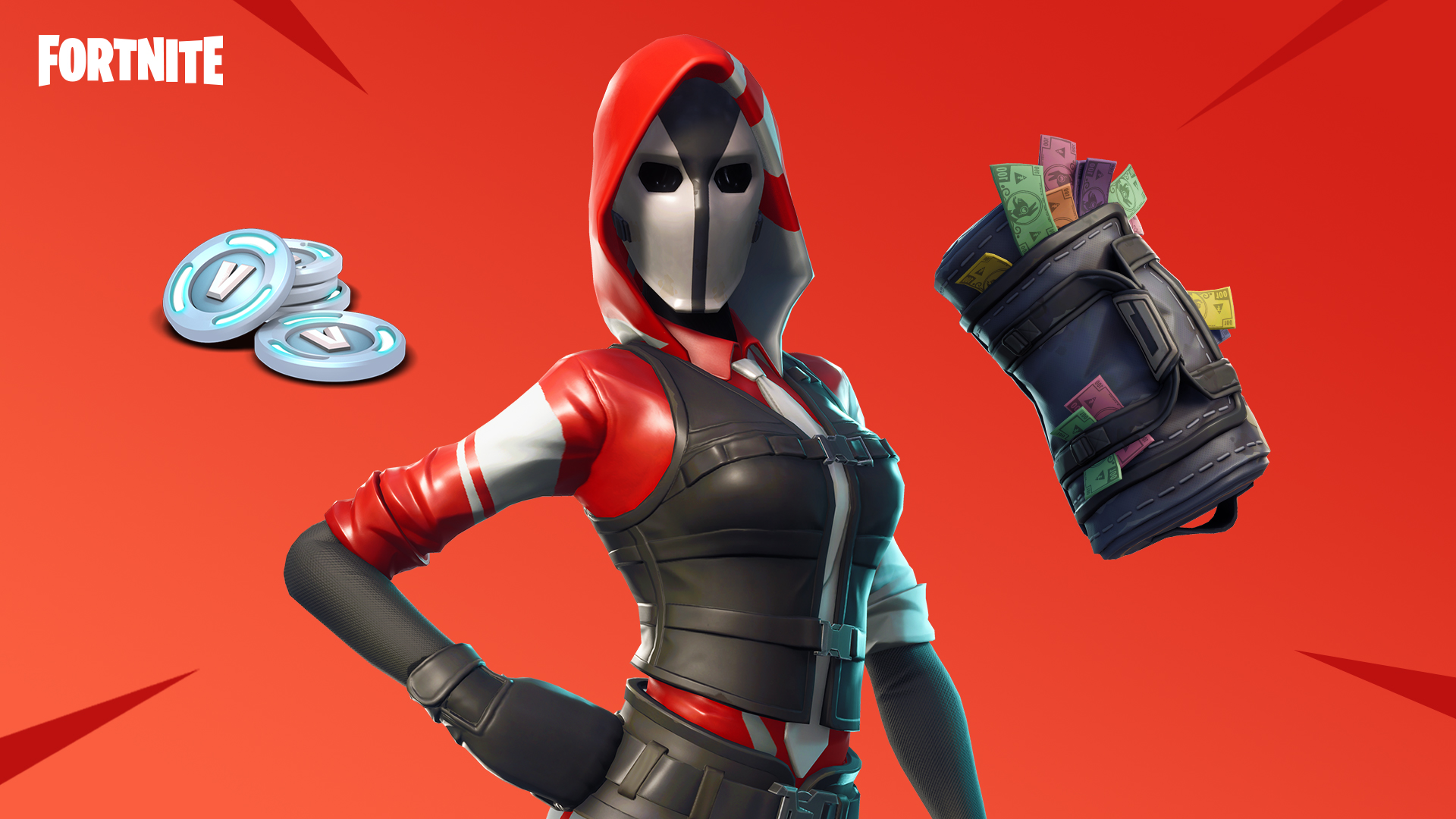