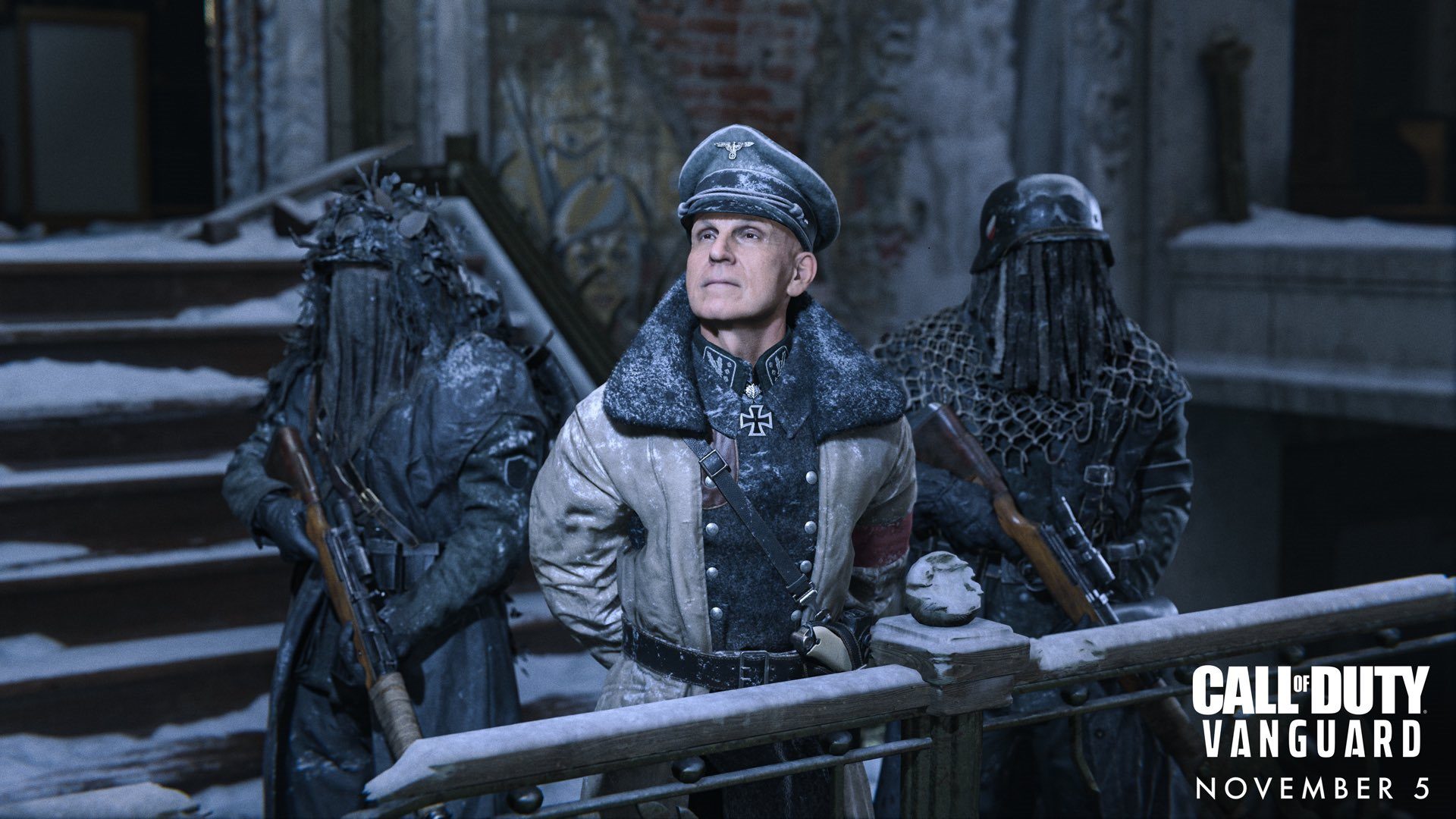 The Call of Duty Vanguard story trailer gave us our first proper look at the upcoming shooters campaign, and it looks intense.

Call of Duty Vanguard will take players back to a World War 2 setting. It will see the return of the Modern Warfare engine, ditching the arcade-like gameplay of Cold War. Among its campaign, players will take control of various anti-heroes of varying nationalities.

Thanks to the Call of Duty Vanguard story trailer, we got a closer look at the character dynamics and the games villain.

The Call of Duty Vanguard story trailers showcases the Vanguard, a team of soldiers taking the fight to the “Fourth Reich”. You’ll play as various team members from expert demolitionists to deadly pilots. And your target is the suitably evil SS Oberst-Gruppenführer Hermann Wenzel Freisinger. Hermann heads up a division of the Nazis who are adamant to launch the Fourth Reich as Berlin burns.

Honestly, this is the most excited I’ve been for a Call of Duty campaign in a while outside of the Modern Warfare series. It looks epic, dramatic and filled to the brim with some signature COD action. Not to mention the cutscenes in the Call of Duty story trailer look fantastic. Along with Warzone updates, and multiplayer, Vanguard will offer a lot of bang for your buck.

As we saw from the game’s reveal, Vanguard will take us across the globe. North Africa, the Western and Eastern Fronts and the Pacific have been announced as locations in Vanguard. The Pacific will also be home to the new Warzone map, which should arrive alongside Season 1. It looks like along with its varied characters we’ll be visiting each of these location across its campaign.

Are you liking the look of Vanguard’s campaign? Let us know over on our social channels!