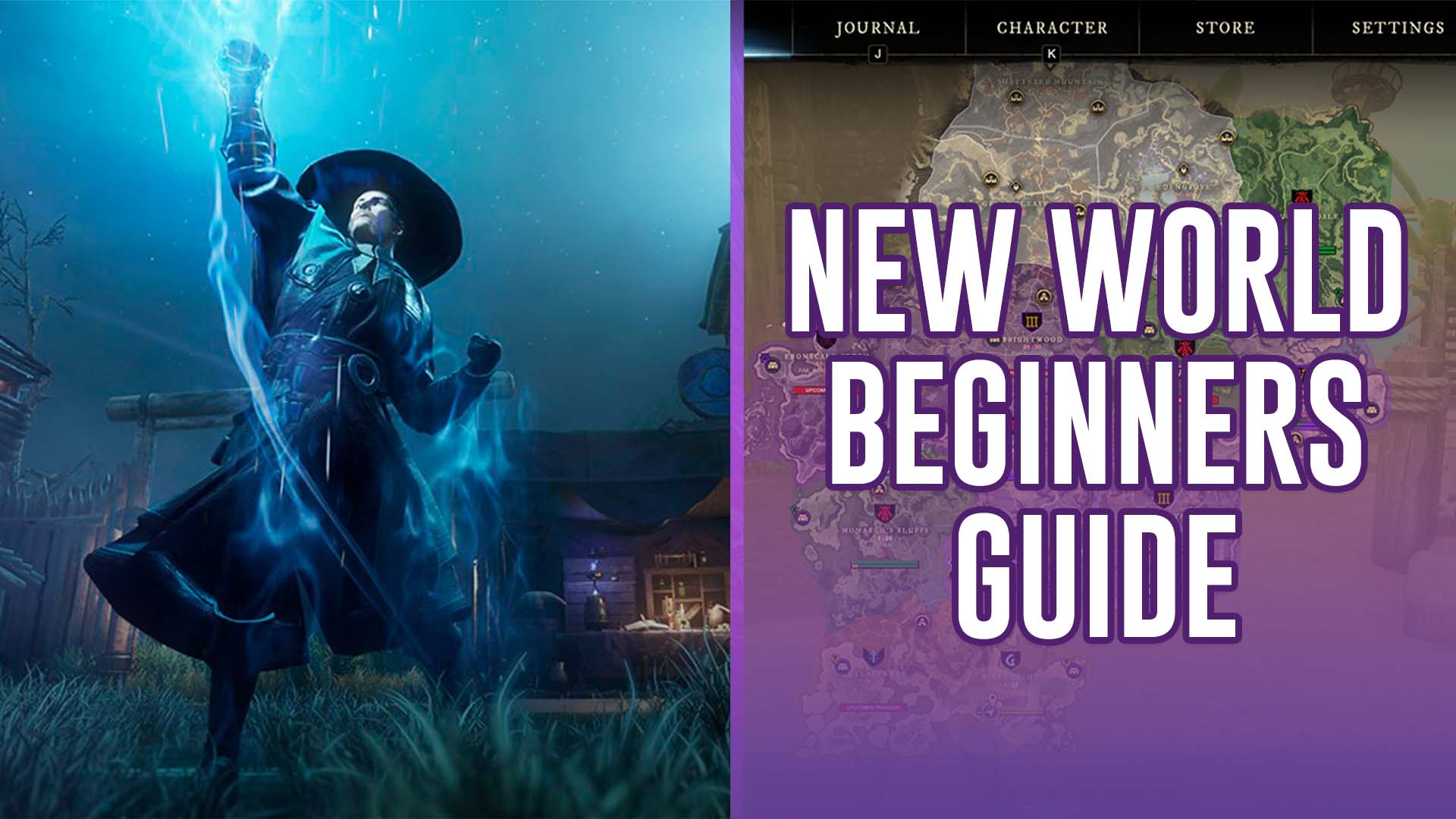 With Amazon’s latest MMO ‘New World’ becoming an instant hit, many beginner players might be struggling to find their feet.

While New World shares some similarities with the likes of World of Warcraft and Elder Scrolls Online, it does plenty to establish itself as rather different. Here are 10 tips and tricks that beginners can use to get ahead in New World.

Let’s get started with a few quickfire ones. This is probably an obvious one for seasoned MMO players, but you’ll want to make the most of the Auto-Run feature. Mapped to the ‘=’ button by default, this will cause your character to walk forward automatically. All you need to do is steer.

There’s a lot of world traversal to be done in New World with fast travel rarely an option. Using Auto-Run allows you to do some light journal reading along the way, or check the map without ever needing to stop. I recommend remapping this function to a mouse button as you’ll be using this one a lot.

Next up, you should dive into the settings menu and enable the ‘Additional Cooldown Icons’ setting. By default, your attack cooldowns will appear in the bottom right of the screen. This is fine, but it means having to glance away from the action to see how long your cooldowns have left.

With this setting enabled, a new set of icons will appear above your health bar. These will indicate exactly which abilities are on cooldown and how long they have left. Placing them much closer towards the center of the screen reduces how much you have to scan across your screen. It’s a much more pleasant experience while playing.

Get used to salvaging items

While we’re in the menus, you’ll want to get used to salvaging items quickly. You can, of course, sell your unwanted equipment. However, more often than not you’ll be looing to salvage the weapons and armour that you out-level.

It’s easy enough to complete this process. Mouse over the item you want to salvage and hold ‘S’. Then click the item and you’ll be presented with a confirmation message. Hit ‘E’ to confirm, and the item will be salvaged into crafting materials. Train your muscle memory to hold ‘S’, click, and hit ‘E’ in quick succession and you’ll be an inventory management god in no time.

Water heals you – and it’s free!

In the early game, you might find yourself struggling to keep up with healing items. Especially as the quest difficulty begins to ramp up, you’ll find yourself in need of healing quickly and often.

The most effective healing items in the early game are Light Rations and Healing Potions. However, there’s a free alternative that’s also free. Collect water from any nearby stream for an endless supply of free, easy to access healing items. It’ll save you in a pinch!

You can self-cast spells

I’m dropping this one in here because it took me ages to figure this out. You can self-cast spell items by holding down the ‘Control’ button.

This is especially useful if you’re wielding something like the Life Staff. While it damages enemies, self-casting this item will grant you a healing buff. I’m sure everyone has already got this one figured out, but it did take me a while to get it sussed. Don’t make the same mistake I did!

Dying is better than fast travel

By now, you might have heard of the meta that killing yourself is more favourable than fast travelling. While hilarious, it’s also extremely true. You see, it costs currency to fast travel to different locations, and it’s quite expensive, too. You’ll definitely want to save your coin for less trivial affairs than world traversal. It’s possible to recall back to your set spawn point, but this can only be done once every hour.

Instead, a surefire way to retrace your steps is to simply kill off your character. You can then choose to respawn back at your chosen starting location, or at a nearby camp. Your items will take a minor degradation hit, but equipment stats remain the same until they fully break.

Just make sure that you’re constantly putting down new campsites as you venture further into the wilderness. This will help to prevent large losses of progress if you die on the road. You can place down camps by holding the ‘Y’ key by default. Be sure to stay stocked up on wood and flint!

A good practice to level up quickly in New World is to batch loads of quests at once. If you’re not familiar with the productivity term, batching is the practise of completing lots of the same task at once. In the context of New World, you can practise this by accepting as many quests as possible and then completing them all before turning them in.

Quests can be accepted from the Town Board as well as the Faction Board and other NPCs around the towns. Once you’ve accepted as many as you can, plot a route around the world to complete all of them in one fell swoop. Upon your return, you’ll be able to turn them all in at once and receive a fat XP rush in an instant.

Completing quests in this manner reduces the amount of time you spend travelling to and from quest givers. You might end up getting close to overencumbered this way, but you should manage just fine with careful inventory management. Remember how to salvage items as per our previous tip!

Windsward will give you a headstart

There are several different starting areas in New World. Sadly, it’s not something that you can pick and choose. While they all have their positives and negatives, we recommend heading to Windsward as soon as you possibly can. This area is much more central in comparison to the other areas with much of the main quest revolving around it.

Accepting and completing quests from here will result in less travel time between objectives, allowing you to level up that little bit faster. Be warned, however. Its central location means that Windsward can get quite busy. If you’d rather have a quieter MMO experience, the other starting locations aren’t bad alternatives. I spent much of my first 10 hours in First Light and had minimal issues.

Experiment with your build

The early game of New World is one that gives you a surprising amount of freedom. With no solid class system to be found, New World invites you to experiment with the systems on offer. In a similar vein to Skyrim, you level up weapons and abilities by simply using them more.

As such, you should maximise your early game time by trying out new weapon types to see which you find most comfortable. Don’t get precious about where you allocate your skill points, either. You can respec them all for free up until Level 20. Take some time to figure out which is most fun for you and build your character up from there.

Lastly, we recommend that you choose your faction wisely. It’s not an overly important decision if you’re playing Solo, but it’s vital that you decide upon the same Faction amongst your friends.

Choosing between the three Factions decides who you’ll represent in PvP battles and which areas you’ll receive buffs in. If you’re conflicted, we’ve written up a separate guide that details exactly how the Faction system works and which ones you should consider joining.

How are you finding the early game of New World? Let us know across our social channels!