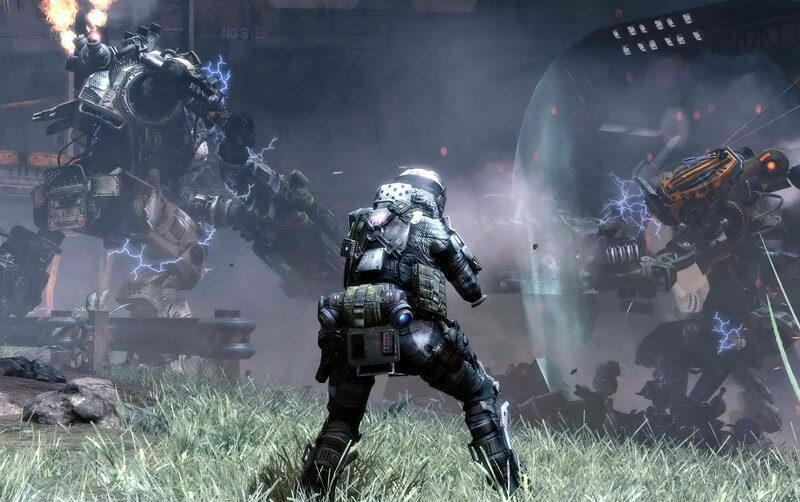 The release of the heavily anticipated Titanfall 2 is fast approaching. With just over a month left until its October 28th launch, many fans are standing by for the latest installment of the series. This time, EA is set to release Titanfall 2 across Xbox One, PlayStation 4 and Origin on PC.

Respawn Entertainment have made Titanfall 2 bigger then its predecessor, including a new single-player campaign that many felt the original was lacking. While there is many reasons to be excited, those on PC with slow internet connections may have some fresh concerns.

In a recent post from Wario64, an image of the PC box art was leaked revealing the lack of installation discs included. The physical edition will instead come with a key to download the game on EA’s Origin service.

With many PC users opting out of installing an optical drive and relying on high speed internet this is hardly an issue. Many though are starting to reminisce to the original games launch.

When it launched in 2014, Titanfall required a 48GB installation onto your PC, 35GB of which was audio alone. This was largely due to a decision to utilize uncompressed audio as a means of reducing the strain on processors. While this helped the overall performance of the game, it did dramatically increase the amount of discs required.

There are many reasons why companies are forgoing discs in PC physical editions, opting for digital sales instead. With the physical sales market diminishing every year, Titanfall 2 will certainly not be the last game to do so.

But for those that lack high speed internet, this restricts access to the game altogether. It does raise the question of why bother with physical editions all together?

Thankfully, this is only the case for the PC physical edition. Those planning to pick up the game on either console need not worry.