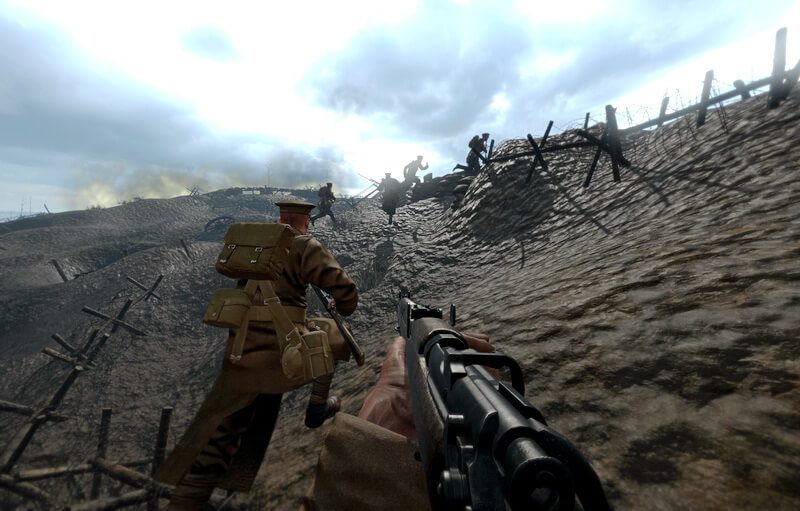 Whether it be impaling enemies on the tip of a bayonet, smashing heads with a spiked club or eviscerating with a trench knife, melee in battlefield is incredibly satisfying to say the least.

Emphasizing the brutal nature of world war 1, melee combat plays a large role within the game. Introduced first into battlefield 3, melee has continued to be a staple of the series. Battlefield 1 however takes this melee to new levels for the series with its gory yet satisfying melee combat.

Knives fill the role of fast attacking, low damage melee weapons. Their biggest advantage being their large takedown zone, allowing for easy finishers such as stealth kills. Clubs are your jack of all trades weapon, with no distinct advantages or disadvantages.

They will provide you with the most balanced gameplay allowing for a wide range of gameplay. Special weapons, such as pickaxes and shovels are your hard hitting weapons. At the cost of swing speed and takedown ranges, they inflict significantly higher damage than their counterparts.

The iconic bayonet charge allows players to enter an adrenaline fueled charge. With their bayonet raised high, players will charge forward at in increased speed. Upon reaching an enemy, players will thrust their bayonet in to perform an unblockable takedown.

This doesn’t come without its drawbacks though, failing a charge leaves the player highly vulnerable to incoming fire as they are unable to sprint for a duration.

Players will begin the game with access to a melee weapon from each class and will acquire more throughout the game. Other melee weapons include the cavalry saber, in which hilarity usually ensues.