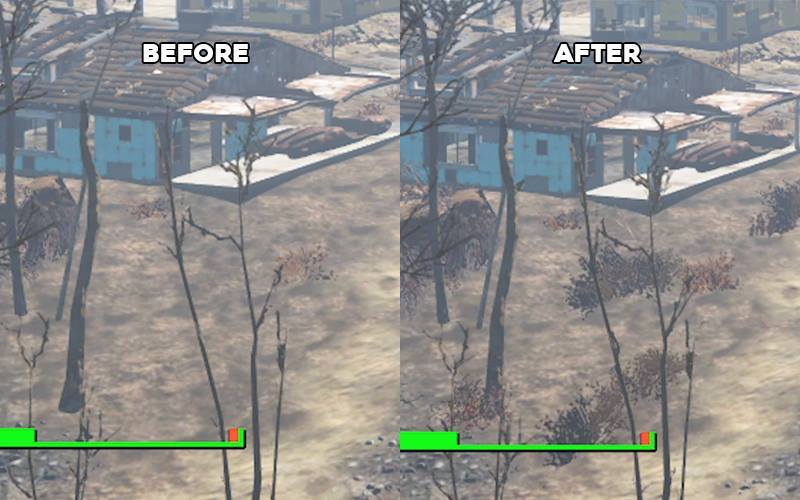 So this is a little weird to me. Bethesda games have always been predominantly PC oriented. There’s no arguing that considering the amount of work the PC community of modders have put into keeping Fallout 3 and New Vegas fresh long after the developers stopped updating.

That said however, Bethesda has been focusing more on consoles with Fallout 4 than previous titles. With the announcement and not yet implemented console mods, where console gamers will have a chance to use the wonderful mods that PC users have, to now even focusing on improving how the game looks post-launch in an update.

Although the patch notes have no mention of the dev doing a visual overhaul of the game on consoles, the differences are pretty noticeable. It’s a nice little surprise for console gamers.

Bethesda certainly sees the money in consoles. Xbox One and PS4 sales are ever growing, so the market is at an all time high. It’s nice to see the consoles getting some love with Fallout 4. Below are some comparisons from the 1.02 update to the new 1.03 update.

It’s more dramatic in-game than in screenshots, so here’s a video detailing it better, uploaded by DigitalFoundry. 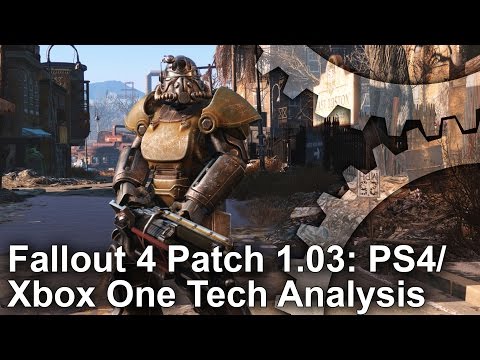 What do you think of this improvement? It’s definitely Bethesda taking a step in the right direction. They’re actively fixing their game and improving it, which is all you can ask for post-launch.