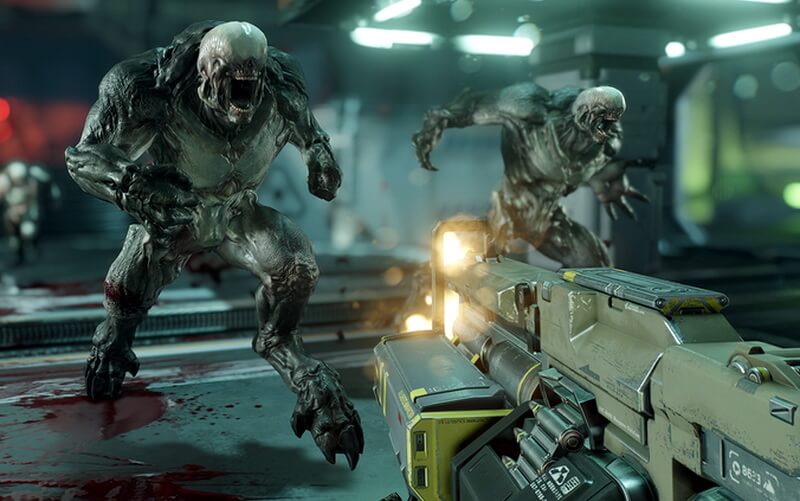 In a recent interview with Pete Hines, VP of PR and Marketing at Bethesda, he discussed how surprised he was by the acclaim received for the recent doom reboot. Peter Hines states that he was initially concerned over whether players would like the campaign. He was also extremely worried about the lack of depth to the story and no voice acted protagonist, Hines thought it was too 90’s.

If you are at Bethesda and play the single-player, you might think it’s really fun and different. But you don’t know if you’re drinking your own Kool-Aid… is it really fun? Or are people going to play it and dislike the fact there’s no voiced protagonist, or the fact there’s no real story, and will they say: ‘id Software hasn’t got out of the 1990s. Same old, same old. 6/10’. You never know which of those two scenarios you’ll end up getting.

The success of the title perhaps stands a testament to the power of nostalgia. Sometimes it is nice to break away from the narrative driven games and do some old school killing. Getting to sit down as a nameless silent protagonist and kill some demons is often the only selling point players need.

Hines continued to add how the release of the single-player demo helped to drive sales. In the months leading up to launch they had largely shown off the multiplayer. As release drew closer, the demo was released to give players a taste of the campaign.

“We did the single-player demo after launch,” Hines continued. “We had showed off the multiplayer, but we hadn’t managed to show as much of the single-player. So giving folks the chance to try it… well it turned out to be a good idea.”

It seems his worries were for naught, with many feeling the single-player campaign was the best feature. With its fast paced action, gory kills and high levels of challenge, the campaign was incredibly satisfying to finish.

Following the launch of the game, fans of the series are set to enjoy the upcoming release of new content for single and multiplayer. With a mix of both paid and free dlc, such as the new arcade mode for the campaign, the developers can ride on the success for a bit longer.