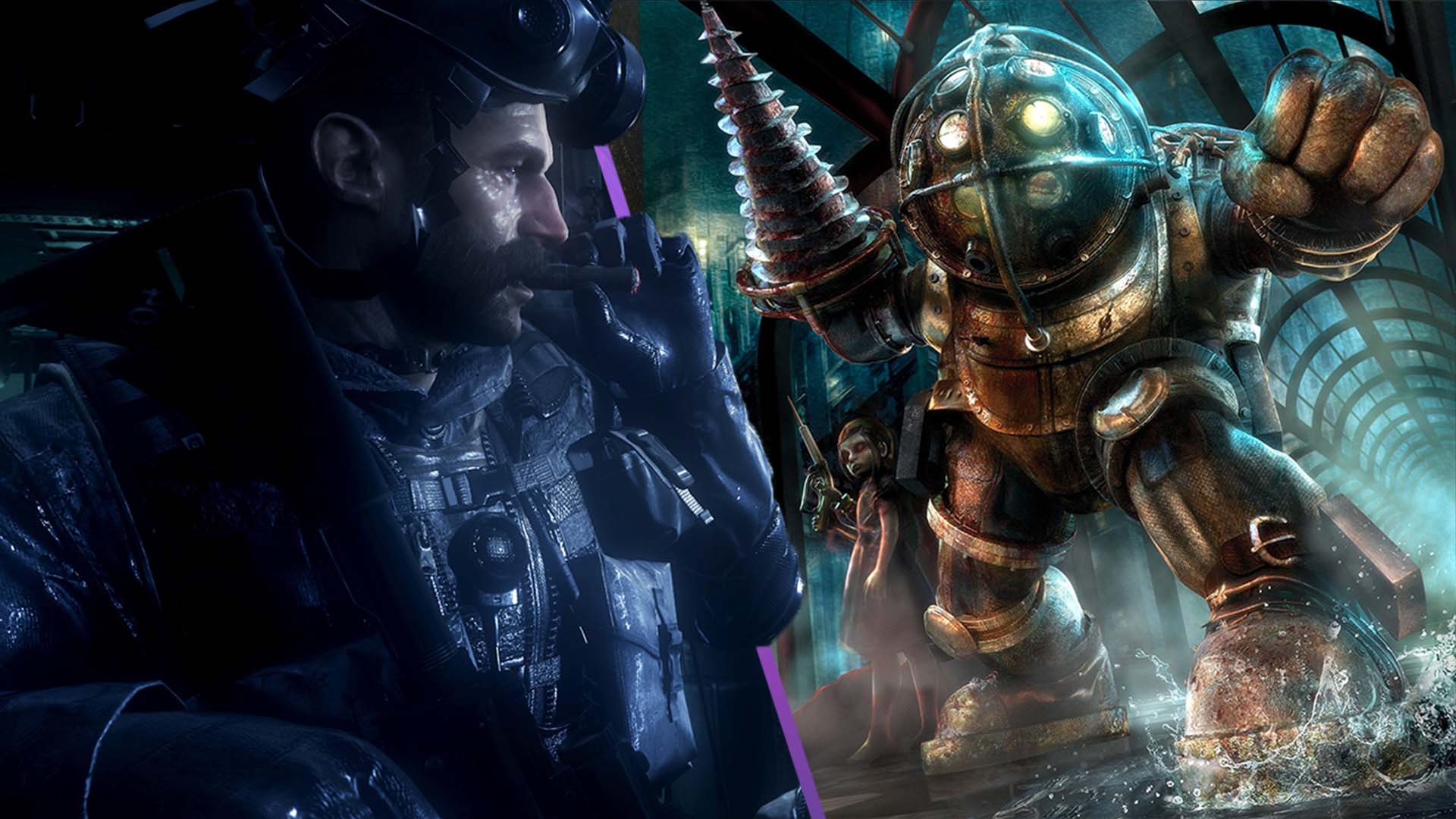 When it comes to brand new single-player shooters, there certainly seems to be a drought in 2022. Outside of Dying Light 2, there aren’t really any big single-player shooters scheduled until the end of the year. What better time, then, to dive back into some old favourites? We’ve rounded up five shooters with single player campaigns that we think still hold up in 2022.

Let’s start with the classics. When Call of Duty 4: Modern Warfare released in 2007, no one could really be sure of the legacy the franchise was about to embark upon. Infinity Ward raised the bar when it released Modern Warfare, redefining what it meant to tell the tale of the world’s military fighting to prevent World War III.

With some of the tightest shooting mechanics around, Modern Warfare set the template for the franchise moving forward. In fact, you could argue that some Call of Duty titles haven’t evolved much past the original. That changed significantly when the reboot of Modern Warfare released in 2019, switching completely to a new engine and retconning the majority of the original narrative.

The original Modern Warfare is a little dated by this point. It does turn 15 next year, after all! Even so, the remastered version that came bundled with Infinite Warfare in 2016 does a good enough job of modernising it to make it playable in 2022. In fact, the campaign of Infinite Warfare is also meant to be one of the better ones. Who can argue with two shooter campaigns for the (Captain) price of one!

Another classic, you can’t talk about revolutionary single player shooters in 2022 without bringing up Half-Life. Years, before Call of Duty was even a concept, Valve’s Half-Life series revolutionised PC shooters with its physics-based adventure. Even if you’re not in the PC gaming space, you’ll likely have heard of this legendary series – mostly because of how long it’s been since we got a full-blown sequel.

This sci-fi adventure follows Gordon Freeman, a scientist at the Black Mesa facility. When an experiment in the facility goes wrong, it opens a portal to an alien world and subjects Earth to invasion. The player must fight back against these aliens while solving a series of environmental puzzles along the way.

The subsequent games in the series are viewed by critics and fans alike as more entertaining, but you’ll need to play the first to fully understand the story at hand. We would recommend moving on to the sequels after finishing Half-Life, though. The VR exclusive Half-Life Alyx isn’t marketed as an outright sequel to the original games, but the story it tells has serious implications for the events of the beloved franchise.

Built in Valve’s original Source engine from 1998, Half-Life is extremely dated to play at this point. Luckily, a team of game developers at Crowbar Collective have worked to recreate the game in a more modern version of the Source engine. Simply titled ‘Black Mesa’, the game featured vastly improved graphics and expanded level design. The last section of Half-Life in particular is considered to be lacklustre in comparison to the rest of the game.

If you’re going to get into the Half-Life universe, start with Black Mesa.

Coming in as the most modern title on this list, the single-player campaign of Titanfall 2 is worth 100% of your time. It passed a lot of people by when it released in 2016 – partly due to the fact that it released bang-slap in the middle of both Call of Duty and Battlefield. It also came off the back of the first game which released in 2013 as a multiplayer only title.

The campaign of Titanfall 2 brings across almost everything that players loved from the multiplayer and plays with the mechanics in interesting ways. You’ve of course got the fantastic free-running and mantle system for pilot combat that allows you to explore some incredibly pretty environments. Combined with the twitch shooting that Respawn have gotten so good at, the 6-hours of time it takes you to finish the main story will fly by.

If you were one of those who missed out on Titanfall 2 when it released, now is the perfect time to catch up. Not only because it offers some of the best first-person shooter level design of the last decade, but because the narrative is starting to tie directly into that of Apex Legends. Without giving too much away, the latest Legend to arrive in Apex is the daughter of a familiar face from the Titanfall 2 campaign.

As it was only released in 2016 and uses the same game engine as the newer Apex Legends, Titanfall 2 is easily worth your time if you’re looking for a whirlwind ride and a surprisingly engaging narrative along with it.

Whether you’re excited for or dreading the release of Halo Infinite later this year, it’s undisputed that Halo: Combat Evolved is still one of the GOATs. It introduced an entire generation to the first-person genre, establishing the iconic Master Chief and the universe of Halo that we’ve come to love over the decades.

For the most part, Combat Evolved still holds up. That’s thanks to the Anniversary Edition that was released for the Xbox 360 in 2012, which modernised the visuals while keeping much of the gameplay the same. That version was further modernised in the Master Chief Collection for the Xbox One, and perfected in the Collections release on PC last year.

Fully playable in 4K and 120fps – even on console! – now is the perfect opportunity to jump back into the sci-if hit that started it all. Especially if you want to learn more about the Chief’s origins before Infinite (hopefully) launches later this year.

Highly regarded as a title that changed the landscape of story telling, the original Bioshock is still an excellent play..

If you’ve managed to avoid spoilers for the game – firstly, I’m very jealous – then you’re in for one of the most mind-curdling stories in recent memory. The way that the narrative leads you on before dropping the penny and letting everything run off the rails is unrivalled by any other release, even to date.

The combat is also an exciting affair. A conventional arsenal of weapons is accompanied by a set of psychic abilities. These can be used in combination with the environment. This allows for moments where you feel like a genuine genius for experimenting with the tools at your disposal.

And I haven’t even mentioned Rapture yet. The reveal of the underwater metropolis is still one of gaming’s best ever moments. It packs so many emotions and narrative beats in the short, one-take establishing shot. Walking around the haunting corridors of Rapture is something that everyone should experience at some point. It’s clearly the inspiration that several other immersive sim developers used in following projects.

Bioshock is possibly the least modern game on the list with no real remaster to speak of. It was included in the Bioshock collection, but little has been done to bring it up to modern standards. Still, for the ideas that it brings to the table, this is one of the shooters that’s worth revisiting in 2022.

What other single player shooters do you think still hold up in 2022? Let us know across our social channels.