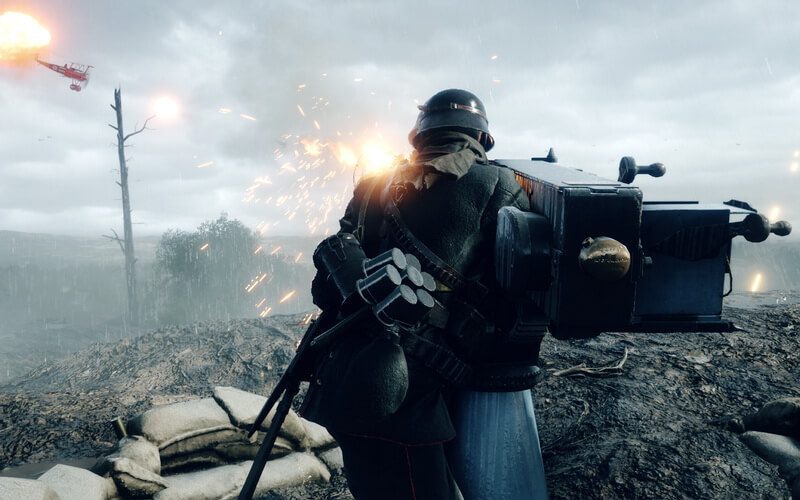 EA and DICE’s new first person shooter game Battlefield 1 has garnered a lot of praise for its single player campaign. Following the campaign modes success, players were very enthusiastic about the multiplayer mode too.

However, many players are frustrated with the multiplayer experience of the game due to several bugs, glitches, and other issues.

One particular issue that a section of the community is facing has almost prompted them to quit the game entirely. The issue’s been ongoing since the game’s launch and although EA has promised fixes, things are still shaky.

This has even prompted many of the distraught fans to demand a refund. This isn’t the first time the Battlefield series is facing this issue either which has made the situation worse in the eyes of some gamers.

The issue relates to Battlefield 1’s multiplayer mode as its servers have been facing some trouble since the launch of the game on October 21. Players have reported that there has been several server outages which have even gone on to effect other EA games like FIFA 17.

The server problem resulted from a huge DDoS attack which also affected the web last month. However, as the attack subsided,the Battlefield 1 servers continued facing problems which resulted in some Battlefield 1 players demanding refunds.

@Battlefield who can I contact about getting a refund for my battlefield game?Servers always down and can’t play.

#BF1 servers are offline again, @Battlefield. At what point should your customers demand a refund? Or insist on an SLA for future games?

Several reports suggests that there had been a continuing server problem across all EA games especially in North America and the UK last month. EA support also tweeted that the issues had been resolved, but some players are claiming that the problems are still going on.

What fueled the fan outrage was the fact that this is not the first time Battlefield 1’s server was hit with a DDoS attack. The game’s servers were also hit during the beta test earlier this year.

Another reason behind the game’s server issues this month could be the game’s overwhelming popularity. If this is the case, EA and DICE should have been prepared for this and have taken steps to make sure that the outages didn’t happen.

Fans are also now complaining that the servers of the game are now being used by both EA and DICE to promote the game and make more money.

We hope EA and Dice will be able to sort out the server issues for its popular world war 1 shooter soon so fans can have a seamless gameplay experience.

In the meantime, some folks are still having fun with the game such as infamous YouTuber Willy Mammoth, who’s been the subject of tremendous controversy lately for his vulgar in game commentary.