Bloober Team has revealed a new gameplay trailer of Basement Crawl which focuses on the multiplayer bashing.

CEO Piotr Babieno of Bloober Team said, “Basement Crawl finally gives PlayStation 4 owners a reason to invite their friends over to show off their systems – our amazing local multiplayer that is as addictive as it is competitive.”

“Basement Crawl rewards skill and practice, which means a good player will never get cheated out of a win by someone who grinds with better gear. For any PS4 owner out there who is still looking for a really fun, truly unique multiplayer game for their new system, Basement Crawl is it.” 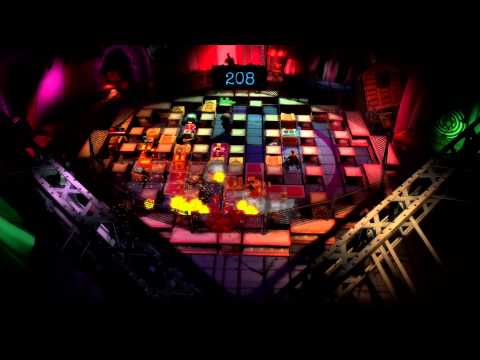 The game is exclusive for PlayStation 4 and will release in Europe on January 29 and will cost $10/€10/₤8. A North American release is also on cards and will soon follow.

Ready to bombard your friends on Basement Crawl? Let us know in the comment section below.