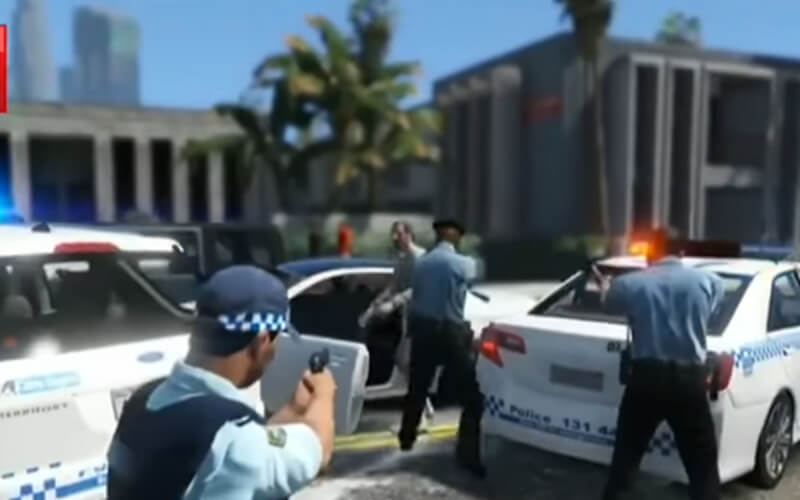 Aussie police are furious over a Grand Theft Auto mod that allows police officers to get shot.

One of their representatives went on the news to blast the game for being unrealistic. It’s kind of interesting that this is an issue over there now, because in North America we’ve already gone over the whole “videogames are violent and make people into monsters” debate decades ago.

The police force from New South Wales has been modded into the game, so that you’re playing as an officer, which of course means you can get shot, you can steal cars, you can do all the typical crazy shit that you can do in GTA… except now, you’re doing it as a cop, and that has the actual police feeling very triggered.

“This desensitizes people to the real risk that Police face and I find it very offensive,” says Troy Grant, the NFW Police Minister.

You know what desensitizes people to police violence a lot more than a GTA mod that 99.999% of players would have never even heard of before you went on the news to complain about it? ACTUAL POLICE VIOLENCE. If you do a Google search for “Australian police violence” you get nearly 5 million hits, from Police violently beating up a model, to leaked footage of police brutality, to kicking and stomping on a woman who is in custody, and the list goes on. And on. And on.

Now of course, most police officers are just decent people trying to do their job and to stay alive and we have nothing but respect for everyone who puts themselves in harm’s way to protect us, but when you start to point fingers at some obscure GTA mod, you’ve got to realize there are 3 fingers pointing back at you.

Hey Mr. Grant, maybe you should check if any of the officers involved in the numerous violent cases of police brutality in Australia have been playing Grand Theft Auto?

This is a perfect example of the Streisand Effect and manufacturing outrage. Thanks to their fear-mongering news report, more people will be playing this mod than ever before. The Streisand Effect is named after Barbara Streisand, whose mansion was pictured in the background in a series of photos that a photographer had posted online. Nobody really noticed or cared, UNTIL she had her lawyers try to remove the photo, which brought everyone’s attention to it. Now, instead of a couple dozen people seeing it, millions of people have seen it.