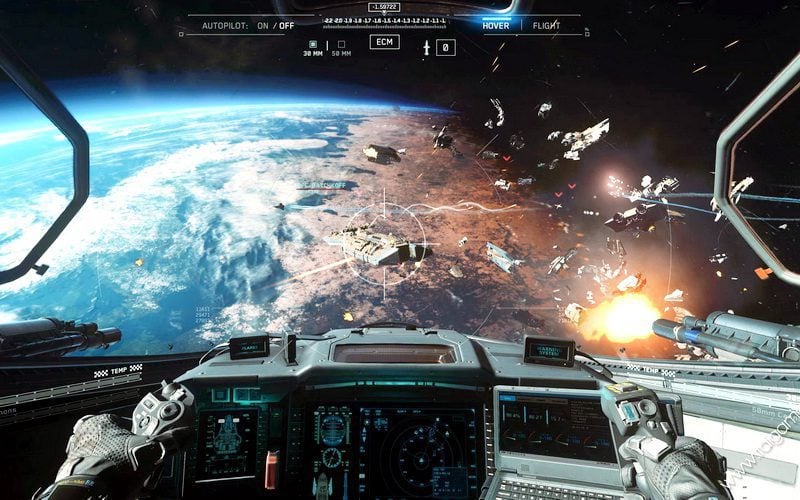 It’s hard to make everyone happy as a game publisher, but sometimes it’s hard to even make most people happy.

The trailer for last year’s CoD Infinite Warfare garnered over 3.4 million dislikes on Youtube. Some people are so over Call of Duty it doesn’t even matter, but others expect their yearly re-up to always be a little bit better than the previous, so when they take any big chances or risks, there’s potential for disappointment.

You’ve got one group of people wanting the same thing again and again, and another group of people getting bored and calling for innovation and change. How do you please both sides?

After taking Call of Duty to space, it was recently revealed that the next iteration of the game will be more of a throwback to the classics in the series.

When a game has only been out for a few months and the publisher is already admitting one of the big themes was a mistake, that’s not a great sign, but we’ve got to commend them for being honest and upfront.

They’re saying the game is great, but it didn’t sell very well, and they’re attributing that to the space setting.

Thomas Tippl, the COO of Activision Blizzard, had the following to say during a recent conference call:

“Last year, I don’t think we got that balance right. Infinite Warfare had a ton of great gameplay innovations that many of our fans appreciated, but it also had a setting that didn’t appeal to all of our fans.”

“As I’ve said many times before, any long standing franchise like Call of Duty there’s a balancing act that we need to strike between staying true to the things people love about the franchise and also the need to never become complacent, and to keep pushing for innovation to keep the franchise fresh.

“Last year, I don’t think we got that balance right. Infinite Warfare had a ton of great gameplay innovations that many of our fans appreciated, but it also had a setting that didn’t appeal to all of our fans.”

Do you think space is the reason that the latest CoD didn’t sell as well as they had hoped, or do you think this series may finally have run its course?