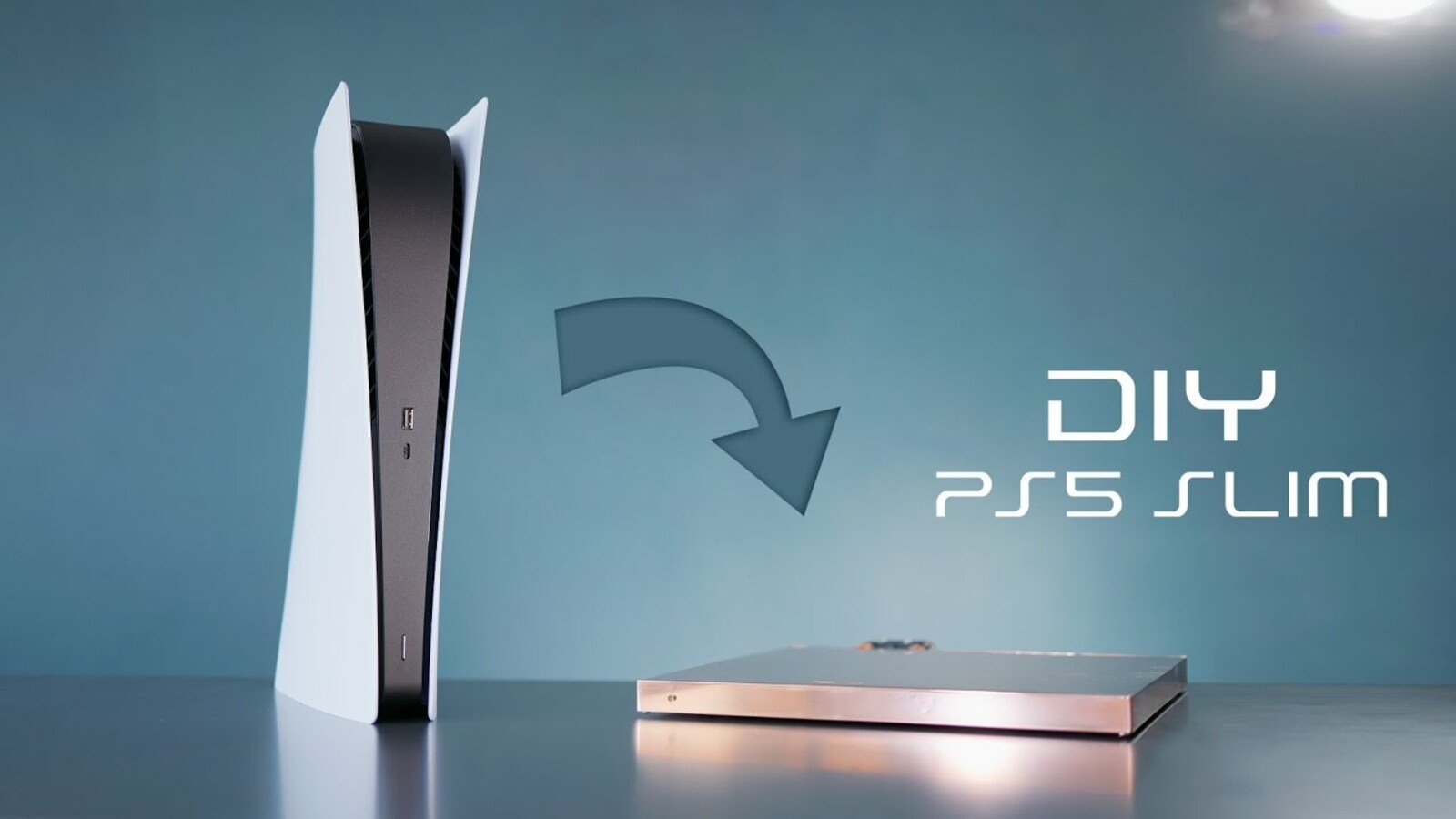 For those who have complained about the size of the PlayStation 5, a YouTuber has built his own PS5 Slim.

The channel responsible is called DIY Perks, a channel that specialises in all kinds of videos about designing and repairing things. They have videos about transforming damaged tech into new versions, and even building invisible PCs and monitors.

The video below shows how they did it, and it goes into pretty great detail about each step. And it was quite a pricey set-up too. At one point, it shows some copper sheets that were required for the console, and they cost almost as much as a normal PS5.

The PS5 Slim console ended up being less than 2cm thick. The video details how some parts had to be replaced or removed for being too big, and that includes the CPU-cooling heatsink.

The PS5’s current cooling systemn was replaced with a custom one made from those copper sheets. That meant the console could function without needing the original oversized cooling solution. Therefore, the size didn’t have to be so outrageous.

As for a potential real PS5 Slim by Sony, nothing has been confirmed. The company could be planning a new release sometime soon, but we’ll have to wait and see.

A Chinese tech company has claimed that Sony is releasing a PS5 Pro in 2023, but again, nothing is confirmed. Hopefully it won’t be too long before the company decides to release a new PS5 model.

In other news, a PS5 Pro controller might be on the way. However, You can still buy a standard PS5 DualSense controller for £59.95.