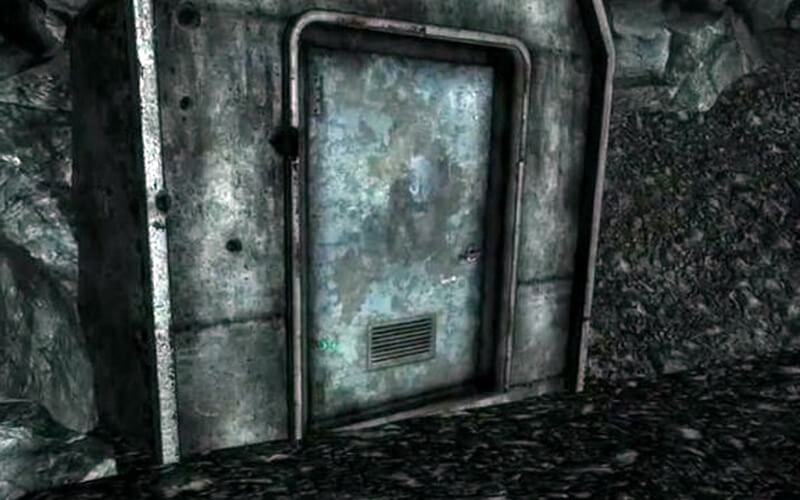 Who doesn’t love the good ol “Easter Eggs” in videogames? Although many other mediums are known to feature them, videogames take the cake when it comes to being the most widespread and popular medium to feature them on a consistent basis.

Developers love to pay homage in their own way to things they love or people they admire within their games and often time leave easter eggs that can be a treat for gamers to discover.

However, there are some secrets that the developers just left in their games for trolling the hell out of gamers. They didn’t ever expect you: the player – to unravel these mysteries ever. But being, the adamant slobs that we are, we eventually found them out.

SiN was the direct result of the introduction of 3D graphics and the aftermath which immediately followed that saw many developers trying to cash in by coming up with overly sexual characters and game concepts.

The game released in 1998, featured the cliched master villain in the form of Elexis Sinclaire (who spells this way?), who was a female megalomaniac out to destroy the world. If that wasn’t cringe-worthy enough, one level in the game has the player visiting Elexis’ compound. Look around enough and you will find a hidden security camera feed which contains footage of her touching herself in a hot tub.

The pointy boobs were torture enough but now thanks to a over curious gamer, the entire world was subject to such visuals. It wasn’t a surprise when the game bombed as badly as the developers idea to put this inside the game.

Cameos by Rooster Teeth in Halo 3

If you’ve been playing Halo, you must know about Rooster Teeth. These are guys who came up with the amazing Halo related videos made entirely inside the game. They were admittedly hilarious and the team soon became an internet sensation.

However, not many would have guessed that the developers of Halo 3 actually featured them inside the game. In one of the early levels of the game called “Crow’s Nest”, there’s a way not only to find the team behind Rooster Teeth but listen to their banter for minutes at end.

You just need to go to the right in a particular hallway around the mid-way point of the level and you’ll find a locked door with a marine outside trying to talk new recruits into joining the battle. The soldiers inside the locked room are infact the team from Rooster Teeth with their signature Red Vs Blue outfits and doing what they do best: cracking wise and having fun.

The Legend of Zelda: Second Quest

To be fair, this didn’t take too long to be found but the developers didn’t actually intend to pan things out like the way it did. You must be aware that the game allowed you to enter your character’s name in the start-screen. If you happened to name your Character Zelda, the game automatically took you to a secret second quest.

The quest had the shops and items mixed up to add variation and is actually quite fun to play.

The developers didn’t really intend this to be found out and just did this out of fun since a lot of the map’s space remained unused.  Once it was found, it quickly became popular as it was like free DLC in its own way. For the record, DLCs wasn’t even the thing back then!

Nintendo created history by releasing Super Smash Bros on the Nintendo 64 which went on to become one of the most successful titles to be released on the console.

The only logical outcome was to come up with a sequel to the game and they did exactly that with Super Smash Bros: Melee which was released for the GameCube. The game was a even bigger hit than the original and went on to become the highest selling game on the console, selling over 7 million unit during its lifetime.

The game had its fair share of unlockabes but what really caught everyone’s attention was the secret debug mode that the game shipped with.

You could access this super secret mode by executing some button combinations and once unlocked, it allowed you to use boss characters like Master Hand and Giga Bowser in battles, view movement data for characters and other cool stuff.

This took quite a while to be uncovered but once it was, it took the gaming community by storm and became popular for the sole reason how fun it was to use and also how long it took to be discovered.

This one’s possibly the most awesome secret in this list. Doom II was one of the premier shooter titles when it came out back in the days and the developers did something really cool if you took the effort to find it out. Although it might have been intentionally left there but it still took quite a while to be discovered and got famous really quick.

In the game’s final act, once you battle the boss, you need to shoot him in the head for the kill. If you do that, and go on to walk through the monster, you’ll reach a floating head of John Romero. In case you don’t know, he’s the lead designer for the series. Once discovered, gamers worldwide found it hilarious and iD software definitely earned some internet points for being so awesome.

Activision is no doubt one of the biggest publishers with an enviable line-up of games including Call of Duty and Skylanders. However, this is a publisher who’s been in the industry for decades and has been publishing games since forever. One of their earliest successes was a game called Pitfall and the devs actually hid an actual playable version of it in Black Ops 2.

It was damn hard to find though. You had to play the map Nuketown and and blow the head off from the mannequins located in the map. All of them and that too under 90 seconds. Once discovered, it went viral and was widely regarded as one of the most epic and clever secrets a developer put inside its own game.

This is the ultimate example of a secret that the devs wanted you to find but unintentionally made it so hard to discover that it became impossible to do so. We’re talking about the secret room with files hinting towards the next Batman game – Arkham City – that was hidden within Rocksteady’s first game Arkham Asylum.

The game was a huge hit and hundreds of thousands of players were playing it non-stop and trying to uncover every little secret that the game had on offer.

Yet, six months passed and not a single one of them was able to discover this secret. This was partly due to the fact that you needed to blow up a wall with no visual cue to know that it was actually destructible and partly because it was just completely random as far as the location goes.

The PR team eventually gave up and actually called up a media website explaining to them how it can be done. People weren’t amused but the details made it worthwhile. Here’s a video of how you can uncover the mystery – 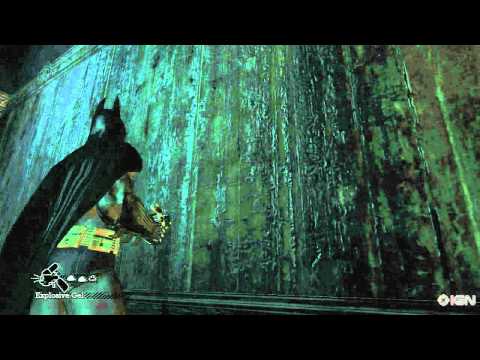