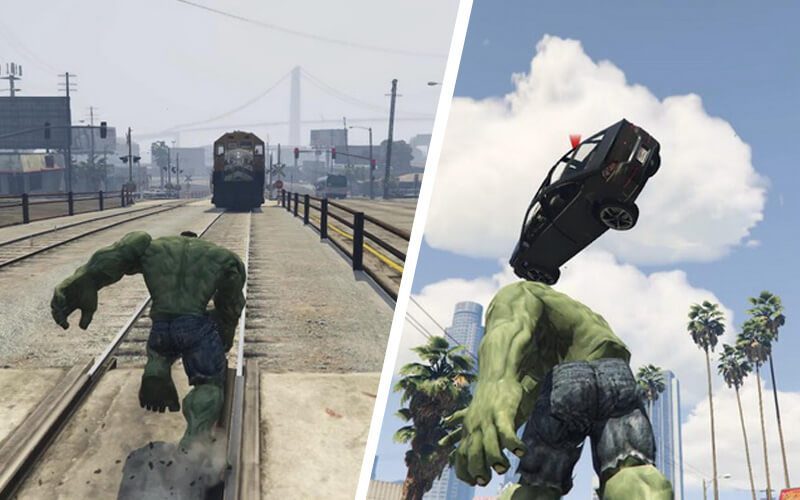 Hulk has been among our favorite Marvel characters of all time and many would agree they would pay top dollar to have a good videogame based on him. Sadly, the last Hulk game came out in 2005 and it wasn’t that good.

We’ve been left high and dry ever since Ultimate Destruction came out and his prominent presence in The Avengers movies only made things worse, as we craved for another appearance from our favorite bulging angry green Monster in a videogame.

However, if you’re a PC gamer, thanks to the modding community, you might get to experience it all thanks to a new mod which has been released for Grand Theft Auto V.

There’s a lot of crazy things to be done in GTA V as it is, adding Hulk to the equation just doubles the mayhem and fun.

The modders have done a superb job and Hulk not only looks the part but also is super fun to move around Los Santos and wrecking havoc like only he can. The game turns on its head once you become The Hulk and Los Santos seems like the perfect place to unleash the beast.

The mod not only allows you to move around as The Hulk but also adds in a bevy of cool new features for you to execute. There’s the signature ground pound move that the character is often seen indulging in both comics and movies.

You can also super jump, tear apart poles and cars and throw them at unsuspecting people,  not to mention super strength and several other cool additions. This isn’t just a cosmetic upgrade, it’s an actual mini-game with you playing as The Hulk

It actually looks a lot better than the Hulk games which released in the past and having an Open world such as Los Santos as your playground just makes everything all the more fun. This mod might serve as the perfect fodder to satisfy your thirst for playing as The Hulk.

If you’re not yet convinced, take a look at the video below which shows the mod in all its glory. You can download it from here. 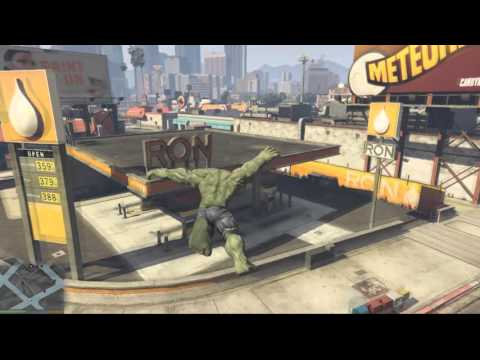