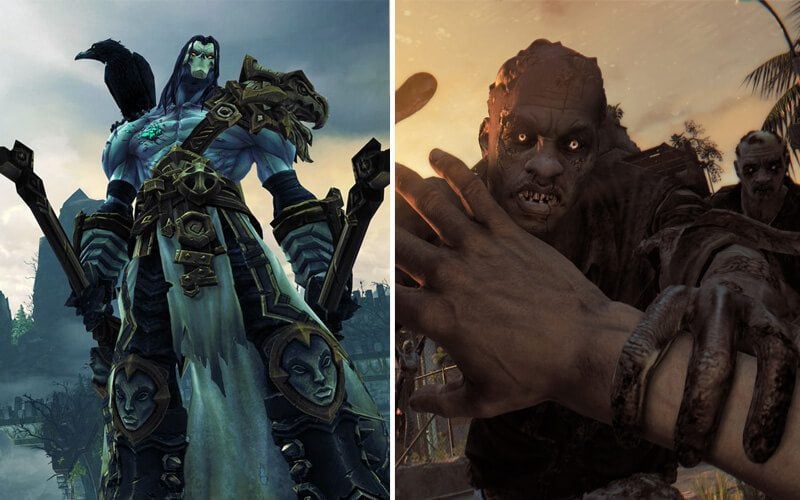 2015 has been an excellent year for gaming, in my opinion one of the greatest years since 2002, the number of huge amazing triple A games we’ve had the chance to get our hands on is incredible. Games like The Witcher 3, Metal Gear Solid V, Fallout 4, Super Mario Maker and Until Dawn are all triple A contestants for game of the year.

However through the sheer numbers of games released this year, are there any spectacular games that could’ve flown by unnoticed under the radar?

Kingdom is a quaint looking, pixel side-scroller where you are the leader of your own kingdom. The controls are simple, move left, move right and use the down arrow key as the action button, sounds easy right? Well that’s where Kingdom surprises you in a way that just makes you want to return.

Micro-manage your settlers into builders or archers, earn money, hire more settlers and brace yourself for the coming of the night. It’s at night when the mood changes and the monsters attack.

I’m not usually a fan of pixel art games because the recent market has been saturated with them, however this game’s effects are sublime.

Its really one of the prettiest retro-like games I’ve ever seen.

For just £6.99 kingdom is a steal, a great value indie game on the steam marketplace, however, with just the one map/level there is no real replay-ability, which is a shame. Once I finished the game the only thing I wanted to do is get straight back to work building a new kingdom in a new world. 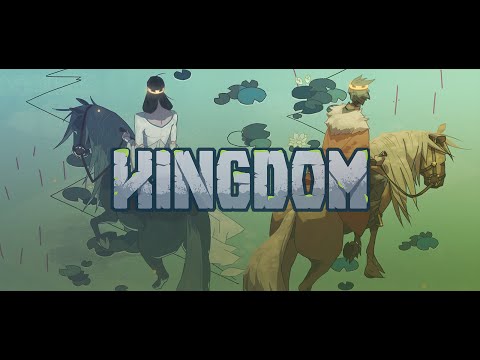 Darkest Dungeon is a brutal gothic RPG that factors stress into turn based combat against a number of savage and well designed enemies. The Darkest Dungeon is technically not out yet and is still in early access but in January when this gets its official release you’ll be hearing a lot more about what lies in the depths of this game.

What can you expect so far? Well if you’re a fan of rogue-like game mechanics you’ll love this game.

When games nail narration I can really fall for that game, Bastion is an excellent example of a perfectly narrated game and The Darkest Dungeon follows suit.

‘There is a great horror beneath the manor, a crawling chaos that must be destroyed.’

To get a feel of The Darkest Dungeon just watch the intro here. 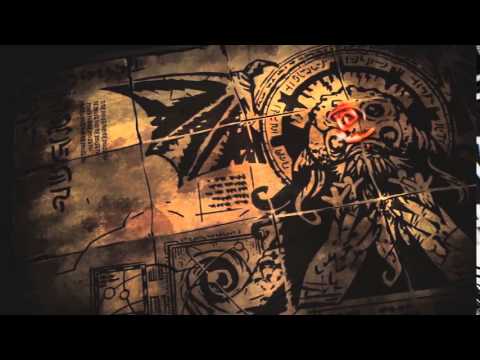 I remember playing Monopoly with the family, and by the end of any game, turning against each other to ensure a solid victory. Isn’t that what board games are all about? Armello is a true family crushing board game.

Armello is a light-hearted video board game, from two – four players that incorporates Game of Thrones style politics and backstabbing. The premise is simple, by the end of the game become King to achieve victory. It’s everyone’s job to stop the other players becoming the king.

The game has a cute stylised look that is embodied by having animal player characters; each player is out for their own.

The game works by a turn-based system, much like traditional board games, with no dice the movement is determined by your particular character’s abilities. Each character has a unique set of abilities that can work towards one of the games four, win conditions.

You can choose to be an all out warrior, go for gold, grab the best weapons and take down your enemies to earn prestige with the king, or even go for the king himself if you feel brave enough. However I’ve not seen this pulled off successfully yet.

Be stealthy, sly and conniving. Push players to attack each other as you sneak from monument to monument, collecting Spirit Stones, once all four have been collected and taken to the king you achieve victory.

I really like this game because it can turn even the best of friends against each other and isn’t that what board games are truly about?

The developers of Armello are constantly updating the game, keeping it fresh by adding new items and weapons to use through the campaign.

Catch the trailer for the game here. 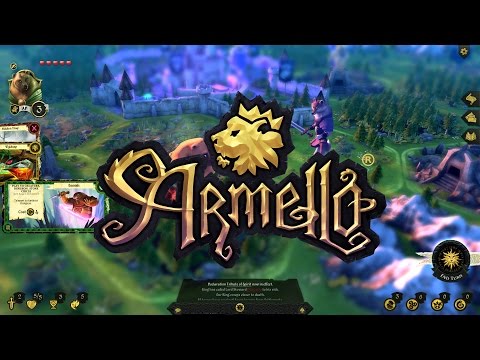 Hand of Fate is a rogue-like, card based, dungeon brawler. Yes, it’s a lot wrapped up in just one game and it does it pretty well. Explore the dungeon levels by turning over each card to reveal the obstacle.

Some cards reward you with gold, food or new armour and weapon sets, but some cards can be cruel. Lost in the swamp will forever be the bane of my life, if you play this game and are unlucky enough to come across this card you have my sympathies.

‘A game, which you stand no chance, also completely unfair.’

So as you progress through the levels you will come across monster encounters, the amount of enemies will be dependent on your luck. The combat could have been done better. The janky approach to the Batman combat just seems sloppy sometimes and there’s been more than enough times that I’ve died, frustrated at how slow the response of the controls can feel.

This game reaches my list because of the way it pulls you in; it really makes it feel like a straight one versus one against the card dealer. He’ll even heckle you as you mess up along the way, and trust me, you will.

One thing I want to shout about this game is its value for money and replay-ability. I’ve sunk plenty of hours into this game and I still haven’t finished it. Granted I’m up to the final boss encounter the game does not end there. There are a large number of cards I still haven’t acquired; some cards need specific requirements to unlock the next tier or the newest card-type.

Tell me you want to beat this guy. 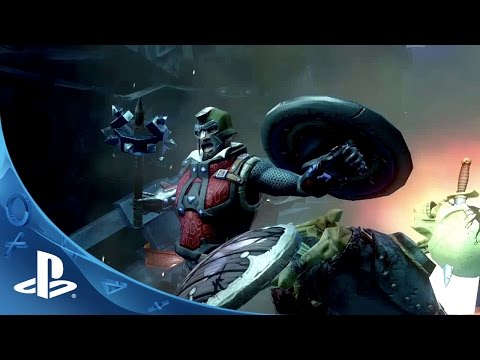 This year was another year of the plethora of HD Remastered games. One game that really shone from the others was the Darksiders 2 HD release. The game always boasted beautifully stylised environments (looking great in HD from what I’ve seen).

The first two acts consist of large open environments; sadly the third feels rushed and lacks the scale and size of the first two. The combat feels great, with a mix of God of War and Legend of Zelda with a new sarcastic / sassy protagonist – Death of the four horsemen.

The Diablo style loot system gets refined in the HD version and a levelling system that has two main paths (a good amount of customisation that the original Darksiders lacked). The game does get difficult on higher difficulties, which is good to have, too many hack and slash games are too easy and simply throw more enemies in a way to increase difficulty.

Interesting Zelda like puzzles keep you immersed between combat sections, the combat is fun and engaging with strong boss fights. However the final boss fight is a bit of a disappointment, especially after you’ll need to grind side quests to get up to the point of taking him down.

Overall for a $20 price tag it’s a great, cheap pick up that definitely gives you good value for your buck.

If you like what you’ve read check out the trailer. 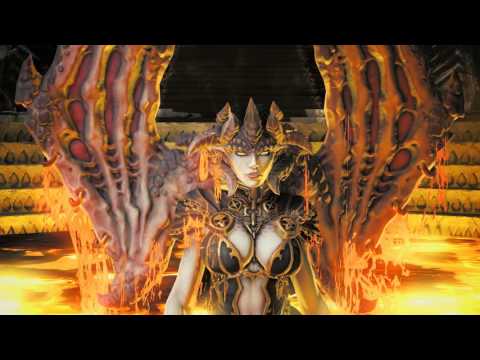 Valiant hearts is a neat little 2D puzzle game set during the events of World War II, instead of going the route of mainstream games and setting the game on the battlefield. Valiant Hearts is a story about the people affected by the war.

The game has you controlling several different civilians or prisoners who are trying to find their loved ones, which have been divided from them during the war.

These days you see so many 2D puzzle platformer games, sometimes its nice to see a game that breaks the mould. This games story grabs you the second you begin the game, I’m a dog guy, and the moment that little fella was introduced I was sold.

As the game goes on, you unlock snippets of real life accounts during the war, this gives you that extra connection to the game and also is very insightful and educational about some lesser-known facts of the Great War.

The game technically came out last year but I thought I’d add it to this list, as it was a free game of the month for Xbox One users. If you missed this game, then you missed out, I’d recommend picking it up if you get the chance.

Check out the trailer here. 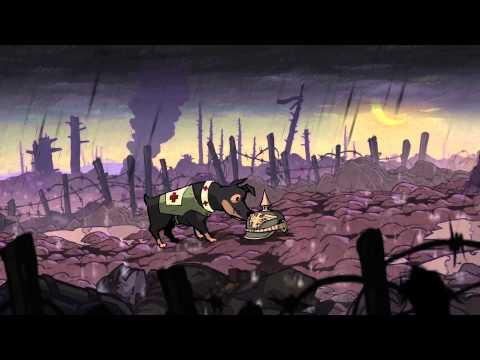 This is the closest to a triple A title on my list. Dying Light is a first person zombie action-adventure game from the makers of Dead Island, and you can tell almost instantly, it handles similarly and uses a lot of the mechanics used in the Dead Island games. What makes Dying Light so much better is the brilliant use of free running in the post apocalyptic city of Harran and the fast paced hand-to-hand combat.

During the day Dying Light is like any other zombie action game, find new weapons and kill zombies on your way to completing the story, but at night the real undead arise. The dynamic day-night cycle really gives the player urgency to head indoors at night.

Dying Light has a decent variety in its mission design and the number of enemy types, sometimes you’ll want to just run through the city just to take down a couple hundred undead. The two main areas of the game are large open districts of the city that are densely packed with the zombie hordes, which is exactly what a good zombie survival should consist of.

The great news for anyone who owns Dying Light will receive the DLC and improvement patches coming in February come absolutely free, which is awesome, more developers should take note of this.

Check out the trailer for this gem below. 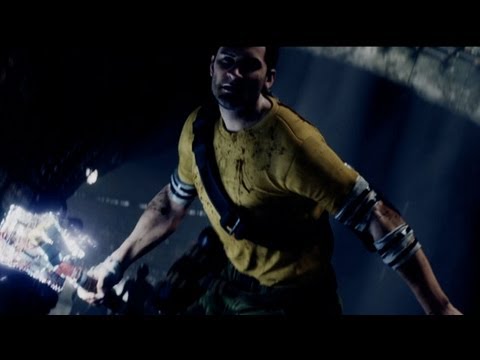 Did we miss out on any other little known but epic release which came out this year? Let us know below –