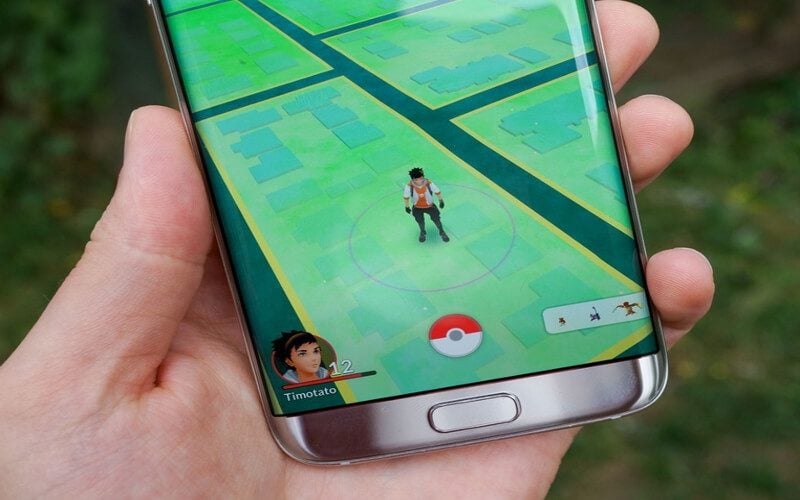 Pokemon Go has spread like wildfire recently – pretty much everyone on Earth is playing it. It’s only been out a week but the response has been overwhelmingly positive. Catching Pokemon in real life is almost exactly as much fun as everyone hoped it would be.

However, due to being such a recent release, there are still a lot of people who are doing the same mistakes over and over, hindering their Pokemon Go experience. This is totally forgivable, and easily remedied. Take a look at this list, and hopefully you’ll be able to learn a thing or two that’ll make catching all those Pokemon that much easier and better.

Save Battery By Turning On The Battery Saver!

Turn Off The AR Camera To Catch Pokemon More Easily

Not a mistake as such, but the AR camera, which shows the Pokemon you’re trying to catch in the real world in front of you, does make it more difficult to catch them while on. It’s especially annoying if you’re trying to catch a flying type (Zubat, seriously dude, stop flying away and making me look like a man angrily taking photos of the sky).

When trying to catch a Pokemon, click off the AR button in the top right corner to put the screen to a green field. Here, the Pokemon move about far less, and its much easier to catch them. As another plus, you’ll save even more battery life. Pretty neat eh?

Like more than one crafty Pokemon trainer has probably thought, the incubation of eggs and the kilometers they take to hatch could be rapidly increased by driving around with the game on. Unfortunately, it doesn’t really work unless you’re driving at a crawl. The game can tell when you’re going fast, and any faster than around 20mph and you’re stumped.

However, going for a good bike ride would help you cover the distance faster, at a good speed, AND get you even more fit! This game might just start a fitness revolution.

One pretty common mistake done by newer trainers is wanting their Pokemon to be as strong as possible as quickly as possible. What this leads to are a lot of 100cp+ Pidgeys and Rattatas, along with frustrated players with just first form evolutions and weak Pokemon.

Don’t do that. Save all your stardust and Poke-candy for evolving your Pokemon first, then leveling them. The increase in attack power is far greater, you’ll get more XP from evolving them, and possibly end up with a new Pokemon you don’t have. It’s the far better way, and once they’ve evolved, then you can start powering them up if you want to keep them.

Seriously. Everything. Yes, you’re sick of catching hundreds of Rattatas, or you cannot be bothered obtaining your one millionth Drowzee. But trust me. They’re all worth it.

Every one you catch adds another 3 Poke-candies that you can use to either power up your strongest version of that Pokemon or evolve it (or others) further. Each time you catch one, you also earn at least 100 more XP.

On top of that, you can then transfer all your excess Pokemon and get an extra Poke-candy each for them. Pokeballs are in such regular supply in Pokemon Go that it just makes sense to do this. That way, your dreams of a Golbat army all with over 1000cp can be more easily realized.

Sometimes you might come across a Pokestop that seems to be covered in confetti. That means that Pokestop has a lure on it. If you hang around that stop for a while, your encounter rate should increase quite a bit. Combine this with Incense to increase your chances even further for catching more Pokemon.

Make Prodigious Use Of Lucky Eggs, Razz Berry’s And Lures

Finally, make sure you’re making full use of all the items at your disposal. Lucky eggs double all the experience you earn for 30 minutes. Razz Berries make it easier to catch a Pokemon with your next throw.

Combine these with timing when your eggs will hatch and being near Pokestops with lures on them, and you’ll quickly see your trainer level explode, along with the number of Pokemon you’re finding and catching.

Hopefully this list provided you with some new things to try in your daily Pokemon catching routines, and corrected some mistakes you might’ve been making. Keep an eye out as the game develops for more tips like these to make your time as a Pokemon trainer even more fun.