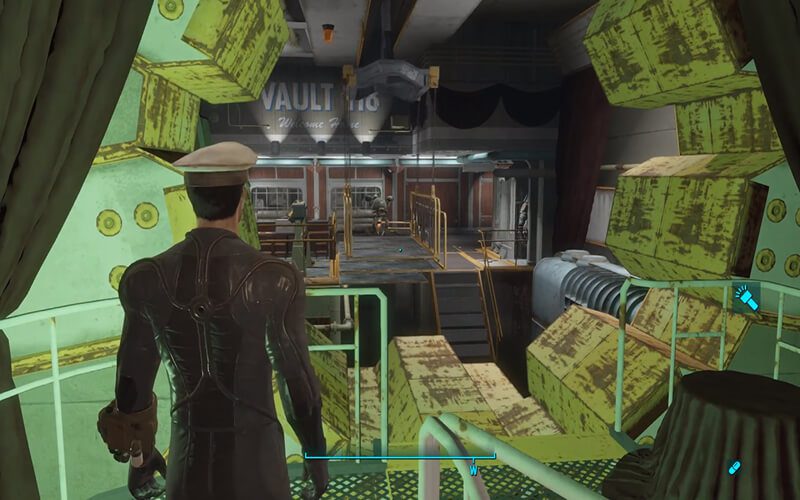 Bethesda is typically a fan friendly company. They encourage modding to the point of releasing their own developer tools each time they release a game. Their DLC’s are always full of things to do, and they’re reasonably priced. However, there’s a bit of a controversy going around since yesterday where claims have been made that Bethesda ripped off a New Vegas mod and put it in Fallout 4 DLC.

The mod in question is named Autumn Leaves. It has roughly 7-9 hours of content in it and came out just before the release of Fallout 4, which unfortunately means the mod went unnoticed by many players. It’s incredibly well put together and features uncanny similarities to a Fallout 4 quest located in Far Harbor.

Autumn Leaves featured a colorful cast of robots, all with very interesting personalities. They ran a Vault long forgotten and, like most pre-war bots, have the innocence built into them that makes them blissfully unaware of the nuclear catastrophe outside the vault door.

Now for those that have explored Far Harbor enough, you’ll be recognizing the unbelievably stark similarities to Far Harbor’s quest named Brain Dead. Both the mod and DLC quest feature this list of sequences, paraphrased from neogaf user Sou Da:

There’s other similarities as well. Things like similarly named parts, a robotic expert playing a big part (which is just obvious considering the plot), the central area feels the same, etc..

So after reviewing all of the evidence, what’s the general verdict? It seems.. pretty mixed. For example, popular YouTube channel The Know did a bit on this, and they feel Bethesda didn’t copy the quest. The actual creator of the mod, Chateaubryan, had some things to say as well:

Now, now, truth be said, I honestly thought Bethesda’s staff played Autumn Leaves, had a blast with it (I hope) took some things out of it and made their own thing for Far Harbor. And I seriously think this is perfectly okay. After all, Autumn Leaves’ inspirations are countless (Asimov’s, Cluedo, Planescape : Torment, Arcanum, older Fallouts, etc.) and being influenced is a natural part of the writing process.

It seems regardless, the author holds no hard feelings about it. It’s clear Bethesda played the mod and took inspiration from it. They did, however, write their own story with it, and made it only roughly 30-45 minutes long, as opposed to the mod, which was about 7-9 hours. Bethesda is also completely legally allowed to do so. Any mod for any Fallout game is directly owned by Bethesda, as part of the EULA.