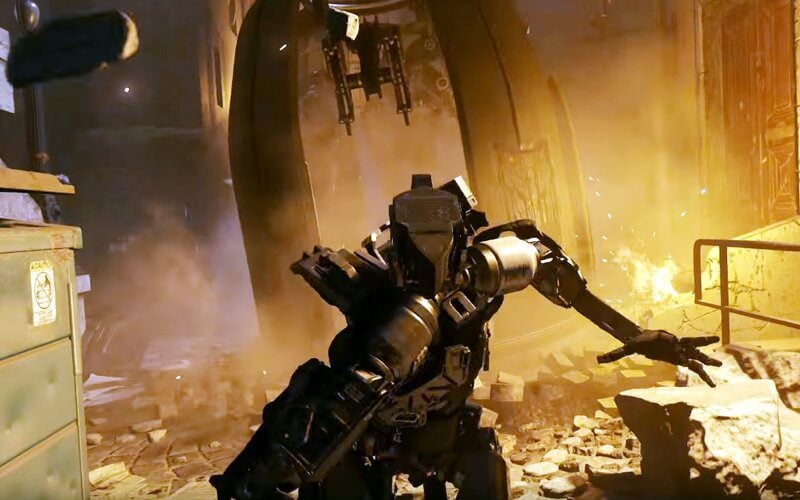 Call of Duty: Infinite Warfare was probably the most hated game of all time before it even came out. Unfortunately for the franchise, the game failed to redeem itself. Here are 6 reasons why Infinite Warfare may have been the last nail in the Call of Duty franchise’s coffin.

The trailer gave it a terrible reputation before release.

Infinite Warfare‘s Trailer is the second most disliked video on youtube EVER, only after Justin Bieber’s Baby music video. It boasts a terrible like to dislike ratio (just over 85% dislike) and garnered a ridiculous amount of hate in the gaming community. Nothing short of a miracle could have saved Infinite Warfare from the terrible start it got- just like how nothing short of a miracle could have saved the Call of Duty Franchise. Spoiler alert: there was no miracle. The game was a disappointment.

Yes, Call of Duty has a tried and true formula. Yes, that formula is fun. However, after years and years of nearly copy-pasted gameplay mechanics, it’s time for something new. I’m not talking about wall-riding(looking at you, Advanced Warfare) or taking the series into outer space- just a new type of experience that isn’t already done better by another franchise (still looking at you, Advanced Warfare). Infinite Warfare was nothing but another Call of Duty, just in space instead of on Earth.

It uses peer-to-peer hosting for multiplayer.

This issue is more about decision making than anything else. For some reason, Infinity Ward decided that it would be a good idea to use a peer-to-peer hosting system for Infinite Warfare’s multiplayer instead of dedicated servers like everyone else. This system gives the host player an unfair advantage. Because their system essentially becomes the server, they have 0 latency. Other players have differing levels of latency based on their distance from the host player. For a franchise that owes a lot of its success to multiplayer, this was not a smart move.

It has abysmal pacing.

The campaign was an absolute drag. I found myself (after a surprisingly excellent intro) bored out of my gourd for the first two-thirds of the campaign. It did ramp up at the end, but geez- it was painful getting there. In addition to the pace of the campaign itself, the gameplay has slowed down significantly. Many enemies are just bullet sponges- one headshot no longer does the trick like it did in previous installments. Whether this was an attempt by Infinity Ward to switch up gameplay a bit or a move to make the game seem more realistic (spacesuits = armor = more bullets???), it really kills the speed of combat.

It can’t compete with its rivals.

Infinity Ward picked a bad year to put out their mess of an FPS. Honestly, things might have gone better for them ha they realized what they were up against, waited a year (and used that year to improve their game), then release Infinite Warfare. With a stacked lineup that included Battlefield 1, DOOM, Titanfall 2 (the SUPERIOR wall-riding FPS), and Gears of War 4, Infinite Warfare would really have to be an excellent game to stick out from the crowd. But it wasn’t, so it didn’t.

The campaign is short and the content is repetitive.

5.5 hours. That’s barely a campaign. For comparison, I started replaying Halo: Reach recently. I’m about 6 hours into the campaign, and I’ve just gotten to the fifth mission out of ten. I’m by no means a fast player, but I’m not slow either. 5.5 hours for a campaign in a full price game just isn’t enough- especially when the first two-thirds of the story are ridiculously slow. Video games aren’t supposed to have filler episodes. On top of that, the missions have very little variety, especially those where you fly around in your Jackal Spaceship. Each mission is a the exact same thing in a different environment. You can do better, Infinity Ward. You can do better.