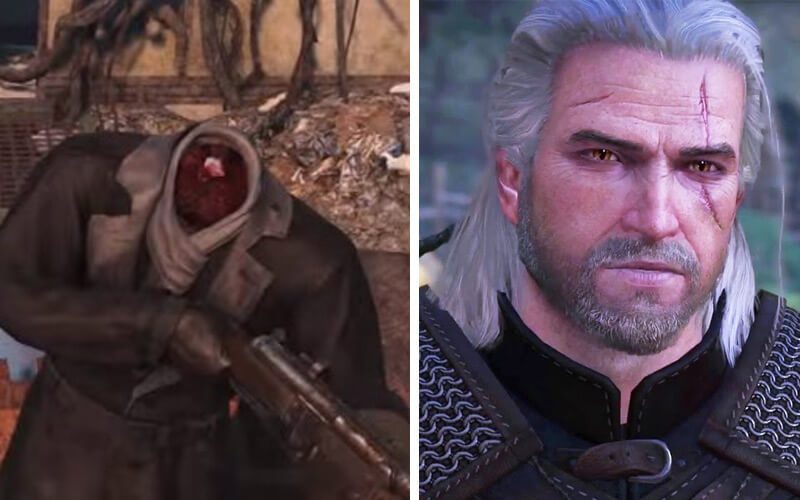 Fallout 4 went up against some heavy hitters last year. The nominees of 2015 were:

MGS 5 was really, really good and appealed to the people following the Kojima/Konami affairs. Super Mario Maker is something people have been wanting for 30 years. That’s long before Fallout 1 was even released. Bloodborne is a fantastic game and definitely the most challenging on the list, excluding Mario Maker’s potential to make you rage, considering that’s all fan generated.

The Witcher 3 ended up winning, largely because of its ability to be a compelling RPG, which drew people in and didn’t let them leave.

Fallout 4 has, in my opinion, the most fun gameplay and best world on the list, but its RPG elements severely held it back in the eyes of fans that were expecting a lot more, which brings us to our next reason.

Fallout 4 Is A Weak RPG

As I’ve already said, Fallout 4 shines in its incredibly fun FPS gameplay, alongside its vast, rich, and dynamic world. It, however, lacks in the RPG elements that the series is famous for. The original Fallout games focused heavily on the RPG end, which is really what put the franchise on the map. Their gameplay was dull, with the isometric style and turn based combat, but the world and ability to do whatever you wanted was revolutionary.

Player freedom, as Todd Howard said, is still very prevalent in Fallout 4. You can still do what you want, when you want. The problem lies in what you’re actually doing. Is it really making a difference, or is it just another fetch quest?

The main storyline gives you 4 main factions, one of which you’re practically forced into being with as the tutorial. The other 3 are actually very interesting and different, so they did that well, but in the end, it’s practically the same outcome. Main differences being the final fight and who’s alive afterward.

Bethesda isn’t really known for creating ultra-in-depth RPG’s. They’re known for their fun gameplay and massive, detailed worlds. If you look at Fallout 4 as a FPS, open world game with slight RPG elements, then you see it for its true beauty.

We May Have Had Unrealistic Expectations

This one is sort of brought on by Bethesda themselves. They have this problem where they go quiet for years and years, leaving all their fans literally zero information. In the case of Fallout 4, Todd Howard claims they started pre-production directly after Fallout 3’s DLC’s were finished in 2009.

They then released Skyrim in 2011, and that’s when they really started devoting all their time to Fallout 4. All in all, the game was in pre-production for 2 years, then in full production for another 4. That’s a long time to not even mumble the word ‘Fallout’.

Now, to be fair, Obsidian Entertainment did get to make Fallout: New Vegas for a 2010 release. Which is still a 5 year gap between New Vegas and Fallout 4. These days, gamers are spoiled with yearly and semi-yearly releases. I’m not saying to pump out a Fallout game every year, but 5 years made me crazy waiting for Fallout 4, which in turn, gave me and everyone else expectations from Bethesda that were pretty much impossible to meet.

It’s worth noting that Bethesda has opened another full development studio in Canada. The speculation is they’re going to work together to hopefully turn their 4-5 year releases into 2-3 year releases. Keeping up with the times is crucial in the games industry, so Bethesda seems to be adapting to avoid overly high expectations.

Fallout 3 was Bethesda’s first attempt at bringing the Fallout series into a 3D, first person world. They nailed it. Fallout 3 followed a lot of what made Oblivion great, but in the Fallout universe. Even so, it was innovative in the sense that the two games are so vastly different, by way of setting, that Bethesda could really only copy/paste the engine and general idea of a first person, open world. Fallout 3 wasn’t a good RPG either, but it had a dialogue system that gave you lots of choices, which made it incredibly fun to play with different choices to see what dialogue trees they led down.

Fallout 4 took everything that made Fallout 3 great, upgraded the engine, and added a few new mechanics and features. Personally, I’m fine with that, because I just wanted a more polished Fallout 3. However, that’s not how you win GOTY.

In some cases with Fallout 4, they dumbed things down, example being the dialogue. You’re stuck with 4 choices, and only 1-3 words to vaguely describe what your character is going to say. Sometimes, it didn’t describe it at all, but was instead just the emotion your character would use. It felt lazy because not soon after the game was released, a mod was made to fix it into a more Fallout 3-esk style, which brings us to our next point.

Bethesda Seems To Be Relying On Modders To Fix Fallout 4

Fallout 4 is undoubtedly Bethesda’s least buggy release ever. Sure, you can get stuck in an elevator that perpetually goes in one direction, or you can sign on to see your save corrupt, but those problems are few and far between.

While playing Fallout 4 for 200+ hours, I’ve had the game crash once, but didn’t matter much because of how frequently I save my game. I’ve experienced no game-breaking bugs, and barely have had any glitches. They really made this game stable.

The problem is, Bethesda seems to be relying on modders to fix Fallout 4’s already existing mechanics. For example, settlement building. Bethesda either didn’t care much for this feature, or it was thrown in last minute. It’s so unbelievably barebone and clunky, it’s a wonder they even included it. Maybe they didn’t realize how into it some people would get. But not shockingly, mere days after release, modders had settlement building mods pumped out that VASTLY improved upon the existing feature. The improvements included no more gaps, adding any asset in the game to be used in building (why wasn’t this already there?), and giving you much more freedom to build where, how high, and how deep you want.

These are just the mods that took vanilla things in the game, and let you build with them. It directly confirms Bethesda was lazy with it but knew modders would fix it, which isn’t good if you bought the game on consoles, since we don’t know when mods will be available on the console version of Fallout 4. This is just one example. There’s ample places in the game that Bethesda took a nap while developing, but left it up to us to fix.

Now, in Bethesda’s defense, since we don’t know what actually goes on in that office, maybe it realistically does take time to create and code these features in. That being said, perhaps they were doing us a favor by getting the game out faster, knowing modders would improve upon their existing features?

It seems like a cop-out to assume this was their plan, so we’re gonna stick with the ‘they got lazy, modders fixed it’ theory. Just another reason why realistically, Fallout 4 didn’t deserve GOTY.

Repetitive And Boring Side Quests

“General, another settlement needs your help.”, or how about “Hey, I have some more tech for you to retrieve for me.” They’re just a couple of the ‘infinite quests’ in Fallout 4. These were added because of the ‘no level cap’ Bethesda implemented. They’re grinds that get you ~250 EXP every time you complete one, which by the time you hit level 50, does almost nothing to helping you level up. So why were they even put in if they’re LITERALLY the same thing over and over? No idea! It seems like Bethesda’s way of saying ‘see, there’s infinite quests in Fallout 4!’.

Besides those, Fallout 4 has, in my opinion, too many quests that don’t matter. Not even from an RPG standpoint, some quests just literally don’t matter and feel like no effort was put into them. You can go from an exciting quest like saving a pirate ship full of robots that actually believe they’re sailing in the ocean, watching that same ship blast off with rockets, only to get stuck in a sky scraper, right into a boring fetch quest that makes you feel like you just wasted 16 minutes of your life. Then you’ll get back with the item, give it to the person, only to be given ANOTHER fetch quest, and realize it’s another ‘infinite quest’.

Fallout 4 has a very good storyline and very good side quests, but we really could have done without the repetitive and boring quests. I feel as though that left a bad taste in the mouths of a lot of gamers, which ultimately hurt Fallout 4’s chances at GOTY.

In the end, Fallout 4 is a masterpiece for what it is. First-person-shooter, beautifully detailed and atmospheric open-world, with excitingly fun gameplay. It’s my favorite game, personally, but even I can admit that out of the games that came out in 2015, it didn’t deserve the title of ‘Game of the Year’ when you consider all of the aforementioned reasons.