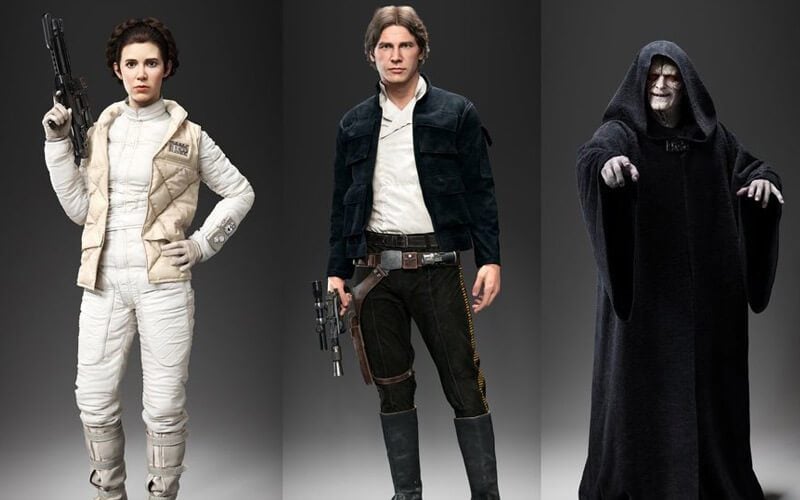 We all wanted to like it, and no one more so than myself. I preordered it, then waited on the front porch for the UPS guy chiefing cigarettes and I don’t even smoke.

I invited my buddy over. We were giddy. After firing it up, we quickly discovered the overt and unjustifiable flaws in a game we’d been highly anticipating since Battlefront 2, one of our favorite games of all time (which came out in 2005).

Here are 5 reasons that Battlefront 3 sucks.

1. You Have to Play Online

The offline levels are so drastically limiting they’re almost the equivalent of Mario Party bonus games. I’m aware that this is a shooter, but when was the last time a shooter didn’t have an immersive one player story, even if said story was on the disappointing side?

The online mode is where the entirety of the game is housed, which means that you need a subscription to play it for the PS4 and Xbox One. In fact, the practice modes are arguably more—albeit very limiting—entertaining, involving speederbikes and ship flying you don’t get in the regular offline mode.

2. There is No Online Split Screen

What. Year. Is. This. This was truly the most baffling part. Not only do you have to play online, but the only way you can play with a friend is if they also have Star Wars: Battlefront 3 AND the same system as you. It was so unbelievable that we spent a good twenty minutes trying to figure out how to do two player online, only to come to the conclusion that they don’t even offer it. Unreal.

3. There Are Six Heroes…

Remember in Battlefront 2 when you could play on Mos Eisley and have an incredible pick of the litter of heroes or villains? The hero selection in 3 are Darth Vader, Boba Fett, and the Emperor for the dark side, and Luke Skywalker, Princess Leia, and Han Solo on the light side.

On top of that, the Emperor only uses force lightning rather than a saber, which means there are only two options if you want to, extremely understandably, use a lightsaber. What happened to Darth Maul? To Aayla Secura? To Yoda??? I can’t wrap my head around it.

4. It’s a Worse Version of COD: World at War

World at War is a Call of Duty game that came out in 2008. Star Wars Battlefront 3 came out in late 2015. They share a few similarities, including no online split screen or diving from sprinting, but the Star Wars unlockables pale in comparison to World at War.

COD had secondary weapon options, a larger and more useful selection of perks, and more intuitive and smoother aiming and hip fire control. WaW also had a really solid one-player mode, including a seamless switch from an American to a Soviet soldier and back again, as well as bunker-clearing flamethrower action. And that’s all aside from Nazi Zombies. Call of Duty preemptively bested Battlefront 3 a full seven years in advance, and I’m not even a big Call of Duty fan.

I mean, this is the main problem. They took everything we loved about Battlefront 2, threw it into a garbage compactor, and just made an outdated Call of Duty with a Star Wars theme.

In Battlefront 2, you could fully customize enormous battles dictated by your exact specifications on a large selection of different planets, and they even went so far as to have modes where you could play as wampas and gungans! Another great mode was a galactic chess match, where you could take planets one by one in a wonderfully unique mix of first-person shooter and Risk.

If they had simply updated Battlefront 2 and added the current online mode (with split screen for God sake), this would have been a soaring achievement. Instead, it’s another example of how EA can take a game that has all the very intuitive makings of a timeless classic and turn it into an unrecognizable practical joke, and the joke is on us.

In conclusion, if you’re lucky enough to have not already purchased it, don’t. If you have and you hate it, don’t sell it. You’d just be perpetuating the problem and setting up another poor, unfortunate soul for heartbreak.

If you have it and love it, you might need to see somebody, because your love for the Star Wars universe is clouding your judgment.

Author: Mike Epifani is a freelance writer living in Chicago. He loves good video games, films, books, television, and music. He easily becomes obsessed with the great, and finds it even easier to get angry at the bad. You can find his website here.