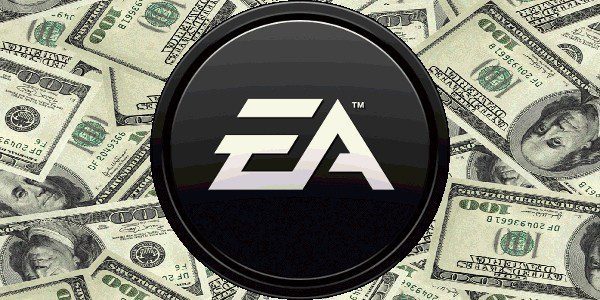 Microtransactions are a hot topic among gamers. Some hate them while most don’t complain. It’s only when the microtransactions provide a competitive advantage does it rile everyone up, and it has been a rising trend in mobile gaming and free to play games.

Many companies have adopted this strategy, and without a doubt, it’s a successful one. The publisher most known for anything with the words “video games” and “money” in the same sentence is EA, Electronic Arts.

EA recently revealed an interesting figure about the changing nature of the business. The company earned $1.3 billion selling additional content last year. This consists of DLC, season passess, and other add-ons they offer. Half of that comes from the “Ultimate Team” system that their sports division has established. It’s basically a system where you buy digital cards to bolster the performance of your team. So this means that people buy enough digital (essentially fake) cards to equate the net worth of…well…the net worth of a guy who has $650 million. EA’s mobile games are also up to $650 million in annual revenue.

So, what can I conclude from this? The reason video games have DLC and microtransactions is your fault. You now know why season passes are promoted before a game even exists, and the only way for DLC, microtransactions, and other add-ons to go away is if people actually stop buying them.

You sometimes have to think about it from the developer’s perspective. Games have never been this hard to make, and as time goes on, games will only become more complicated. As long as the single player experience is kept away from these things and it doesn’t hinder any gameplay mechanics online, I’m all good with it. Most importantly, as long as the game actually works as intended and as demanded, then happy days.