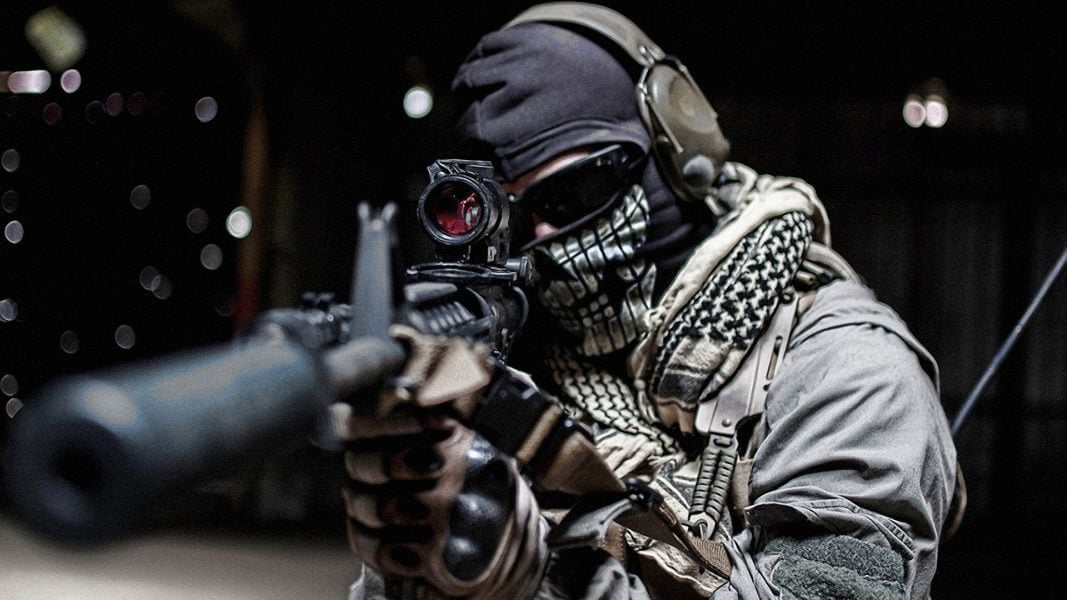 Video games, just like movies, are notorious for stretching the truth for the sake of entertainment. In movies, most gunfights are over-dramatized and generally unrealistic- very few films manage to get these fight scenes right. Video games, on the other hand, have a different problem- they often sacrifice realism for game balance. You may not know this, but real-life silencers are OP. Here are three things video games get wrong about silencers.

In the two big “realistic” gaming franchises, Battlefield and Call of Duty, silencers are given a range reduction (COD) or extra bullet drop (Battlefield). Contrary to what the developers of these games would like you to believe, silencers and suppressors (which are actually the same thing) actually INCREASE the range of the gun they are attached to. It’s simple physics. A silencer increases the length of the gun’s barrel, which gives the powder a longer distance to propel the bullet. The longer the barrel, the further (and faster) a bullet will travel.

Another thing that games tend to get wrong about silencers is the effect they have on a gun’s recoil. Most games (again, in order to keep the game balanced) give silenced guns increased recoil. However, this is the exact opposite of what happens in real life. Yet again, this can be explained with simple physics. Think of Newton’s third law: For each and every action, there is an equal and opposite reaction. When you fire a bullet, the same force used to fire the bullet is also exerted on the gun and on the hand that fires it. If we were to increase the mass of the gun, say by, I don’t know, maybe… adding a silencer… the recoil would decrease because the same amount of force is being exerted on a greater mass. In summary, a silencer makes a weapon heavier, and a heavier weapon with the same caliber bullet has less recoil because of Newton’s third law.

The last big thing that games get wrong about silencers is the effect on damage output they have. In games, silencers typically reduce the damage of guns. However, physics can once again disprove this. Take this formula for example.

A bullet, which has a set mass, will exert a force on an object based on its velocity. As we discussed above, a silencer increases the barrel length of a gun, which in turn makes the bullet travel further and faster. The increase in velocity given to the bullet by the silencer increases the force (A.K.A. damage or stopping power) that the bullet exerts on whatever it happens to hit. In short, silencers make guns do more damage.

So, yeah. Silencers are OP.